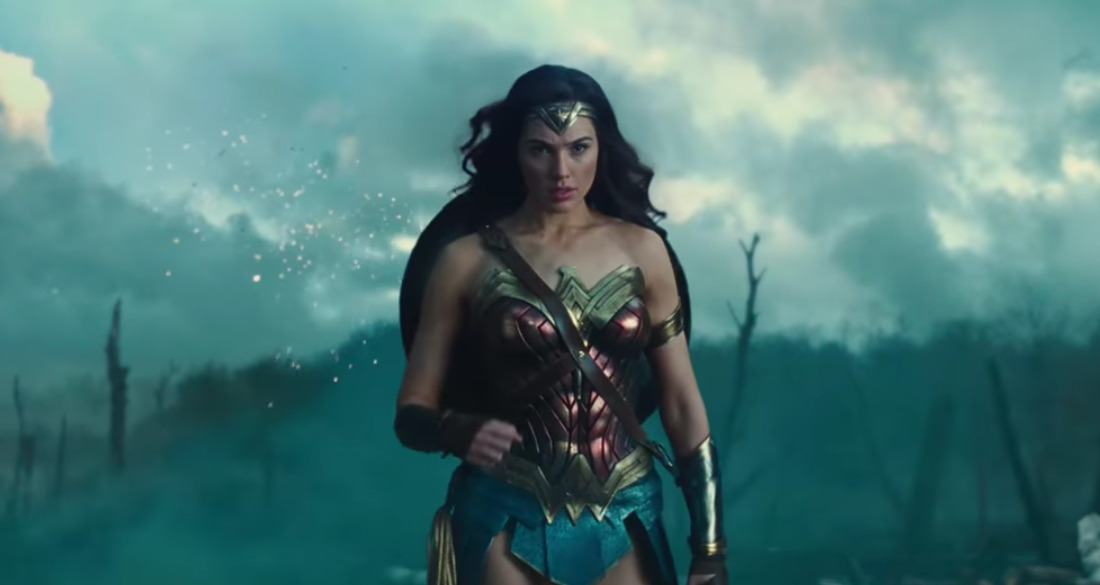 Strangers in a strange land never have it easy; on one hand, their differences are what make them special, a breath of curious fresh air in a community plagued by the humdrum usual, but on the other, they’re also expected to know the rules and never stray too far from them. After 75 years, Wonder Woman has finally entered the male-dominated realm of the superhero film genre, carrying the weighty expectations of passionate fans and studio executives on her capable shoulders, her head held high in empowerment, yet also bowed to the authority of big-budget entertainment. The burden is unenviable, but Wonder Woman still has the opportunity to distinguish itself in this cinematic universe, to live on a remote paradise apart from the all the DC gloom, lending a helping hand only when others are in need. Unfortunately, the film decides to play it pleasantly safe by blending in with the boys, ultimately falling back on formula while failing in its feminism with a disappointing tendency not to trust in the strength of its titular character.

An earnest and old-fashioned intro does offer a hopeful start, as a young Diana (a charming Emily Carey) and the Amazon society to which she belongs is introduced with a playfulness that borders on the good kind of camp. Despite inhabiting a peaceful tropical island, the entire population seems to be in perpetual military training, practicing absurd leaping and spinning maneuvers while firing their bows with perfect precision. It’s ridiculous, fun stuff, and the impish delight with which the young one watches the choreographed display is contagious, a good indication of the force she will one day become. Some extended moments of intricate mythology exposition bog things down a bit, but by the time adult Diana (Gal Gadot) makes her appearance, the colorful, fantastical setting has Wonder Woman primed for silly adventure. That call comes in the form of WWI spy Steve Trevor (played with just the right amount of gravity and levity by Chris Pine), who crashes his plane into the sea just as the restless princess is looking out to the horizon, unsure of her place in the world. The incident initiates a plot that sees the pair set out for civilization, in search of light during one of humankind’s darkest chapters.

With its period wartime setting and the blatant idealism of the main character, comparisons to Marvel’s Captain America: The First Avenger are inevitable, but though Wonder Woman isn’t put together quite as neatly as that film, it does share a certain likability in its eternal optimism. Both are about people who see very clearly what is right and what is wrong, despite the oppressive grays of the cloudy cities and muddy battlefield trenches they inhabit, and this sort of positivity is always refreshing when set against the backdrop of the many “grittier” superhero films that litter the genre. That feeling carries Wonder Woman quite a ways through some clumsy dialogue and numbing CGI action, but instead of finding ways to explore this sort of romantic heroism through the main character, Wonder Woman reaches outside the hero for something much bigger and more vague, leaving her as more of a reactive participant than a driving force.

While certainly not the first time a referendum on the nature of humans in general – and whether they are worth fighting for – has been addressed in a superhero film, the choice here essentially denies the fundamentally compassionate Diana of any sort of internal conflict, negating her ability to grow as a character through the various trials she faces over the course of the 141 minute movie. Gadot is certainly adept at conveying the endearing innocence of one who has never experienced – nor has any use for – the political aspects of society, but without her stout principles seriously challenged, there is little else for audiences to latch onto. As a result, Steve is weirdly elevated in status, nearly stealing the story in the same way that Furiosa loomed over Max in Fury Road. With actual complexity and a fairly satisfying arc to play with, Pine seem to get more screen time than a sidekick in a superhero film should, his facial reactions often the center around which conversations revolve. The whole thing feels odd, as if the filmmakers weren’t sure how to make Diana into a real person, so instead she comes off more as a benevolent Starman-type alien crossed with a Terminator who must learn about humanity from someone actually life-like.

That’s not to say life is overly important, however. This is a typical modern-day superhero movie after all, so there’s not much regret from all the killing, but that’s fine as long as those dying are the “bad guys,” right? For someone seemingly so sad about death, Diana sure doesn’t have a problem causing it, preferably while striking a painfully mannered pose. Gadot has a physical presence, but her movement lacks the fluidity of someone for whom the motions are instinct, not a few weeks’ worth of training. Stunt doubles and cartoon versions do most of the heavy lifting, with the actress swooping in for the heroic close-ups as she glares judgmentally at her enemies. The story never dives into the complicated aspects of WWI, so the Germans here might as well be Nazis, faceless evil forces to be mowed down in droves with cool action moves. To be fair, a few of these fights are thrillingly done, especially a sequence on the Amazon island, where the combination of goofy acrobatics and cheesy effects (whether intentional or not) had me thinking that Wonder Woman would be fighting a Ray Harryhausen skeleton at some point (how awesome would that have been?). Alas, that was not meant to be, and the more typical CGI fest of the third act predictably deadens any weight or smirking enjoyment the struggle may have had. Much will surely please genre fans, but it’s all familiar territory, more wasted opportunity to do something different.

In the end, Wonder Woman does manage to avoid being relegated to near-secondary status in her own movie, but there’s also no feeling that a girl power has arrived. Diana is surrounded by a typical group of male allies, fighting typical hordes of male soldiers (a female baddie is vastly underused), and ultimately discovering herself through interactions with a man. None of this really matters when it comes to whether or not Wonder Woman actually entertains, but what could have been a chance to inject the story of an Amazon princess discovering the world with facets that would bring out the unique potential in the character, merely serves as another cog in the Justice League machine, even if a relatively pleasant one. Bringing such an icon to the screen for the first time offers an opportunity for rebellion in the genre, but ultimately Wonder Woman plays it too safe to be interesting, just like one of the guys.

Days of High Adventure: “The Sword and the Sorcerer” Revels in its own Genre Tropes