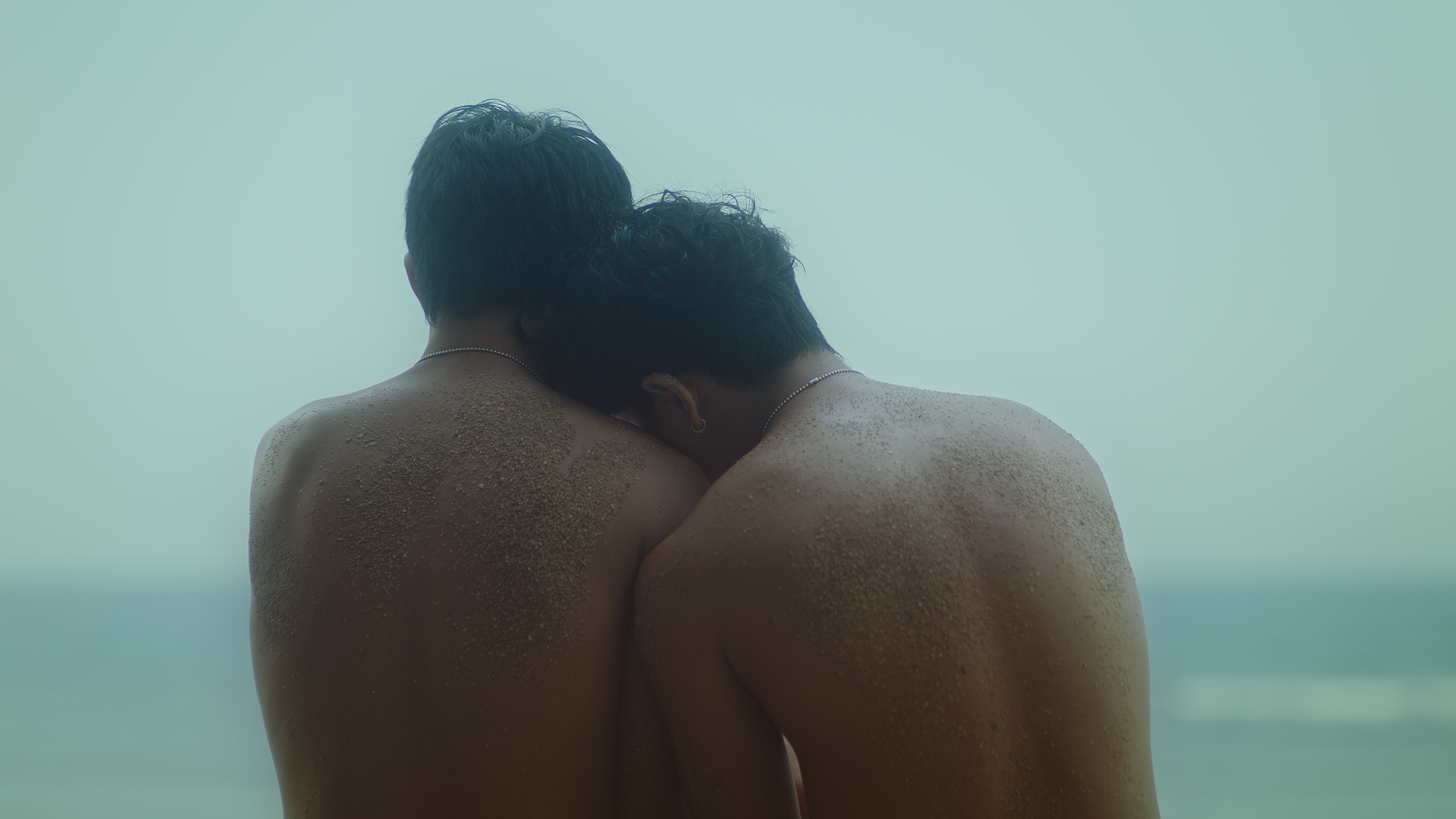 Soon after the start of the COVID-19 Pandemic, The IdeaFirst Company launched Gameboys, a web series about two gamers who fall in love after meeting online while in lockdown. The Philippine series became extremely popular, eventually getting picked up by Netflix. Gameboys: The Movie is the next stage in the series’ development, and it is absolutely fantastic. The film manages to maintain the independent and heartfelt spirit of a web series, resulting in a heartwarming and sincere exploration of romantic relationships and an intimate portrait of a close-knit group of friends.

The film follows boyfriends Gavreel (Kokoy De Santos) and Cairo (Elijah Canlas), who met online during the pandemic. Although they live in different provinces, Cairo finds a way to stay with Gavreel for a few weeks, and the two celebrate the chance to spend some time together IRL before resuming their long-distance relationship. However, their honeymoon is quickly crashed when their friends Terrence (Kyle Velino) and Wesley (Miggy Jimenez) come to stay with them. Shortly afterward, Gavreel’s homophobic Tita Susan (Angie Castrence) also shows up, and the couple’s romantic getaway quickly becomes chaotic.

De Santos and Canlas have undeniable chemistry, and they are a delight to watch onscreen together. Their range as performers is also particularly impressive. Much of the film involves an inflated, high-energy style of performance, whether this is because Gavreel and Cairo are being obnoxiously adorable and in love or because they’re having a major emotional breakdown. However, the film has enough subtle and subdued moments sprinkled in to balance out the energy levels, and De Santos and Canlas bring as much skill to these subtle moments as they do to the bigger ones.

Carrying the b-plot, Velino and Jimenez are also phenomenal, bringing romantic tension and just the right amount of drama to the film. Despite their short amount of screen time, the group’s other two friends Pearl (Adrianna So) and Achilles (Kych Minemoto) are also a lot of fun; there is really not a weak performance in the film. It would, however, have been nice to see more in the script for Pearl and Achilles. The characters feel a bit underused and shoehorned in with a relatively weak c-plot about a fundraiser to provide tablets for underpriveleged students. Both performers are great, and the characters are interesting, so it is disappointing that they are not better used.

Most remarkable about the film is the way that it manages to preserve the independent spirit and intimate feel of a web series, despite doing away with the Screenlife structure of the original Gameboys series. Screenlife – or a story told entirely through someone’s computer screen using devices like webcams and social media feeds – is an easy way to develop a sense of intimacy with audiences since you’re experiencing a character’s life directly through their computer. Web series like Carmilla have used the device very successfully in the past, and it saw a huge surge in popularity during the COVID-19 Pandemic as more people began to live their lives almost entirely through screens. It’s a testament to Gameboys’ strength that the film maintains the closeness of the web series despite abandoning the Screenlife structure.

One possible downside to the film’s ability to maintain the feel of a web series is that it might disappoint moviegoers hoping for a more cinematic experience. The only real difference between Gameboys: The Movie and the series on which it’s based is the removal of the screenlife framing, with characters interacting in real life with more conventional camera work. However, the film is often still structured like a web series, or at least a television show. Gameboys: The Movie could have been split up into several 10-20 minute episodes and it would not have changed the dramatic structure too much, making it unclear why it needs to be a movie instead of just another season of the show. If viewers are prepared for something that feels more like a season of a web series than a cinematic experience, however, they are in for a fantastic time.

Another criticism, more focused on fan and marketing expectations than the actual film itself, is the complete absence of video games from the film. Streaming and gaming are core elements of the original web series, and it is through gaming that Gavreel and Cairo meet, so it is strange that gaming almost never comes up in the film outside of the first five minutes. While the lack of video games doesn’t harm the film itself, and the movie tells a beautiful narrative about friendships, relationships, and family, it is still likely to disappoint anyone who was hoping for a more gaming-centered narrative from a movie literally called Gameboys.

On the whole, Gameboys: The Movie is absolutely delightful. Fans of the original web series are definitely in for a treat, and the film stands well enough on its own that it is also likely to convert a few newcomers into fans of the franchise. For anyone looking for a heartfelt film that can balance light humor and romance with more serious, emotionally intense moments, Gameboys: The Movie is more than likely to satisfy.