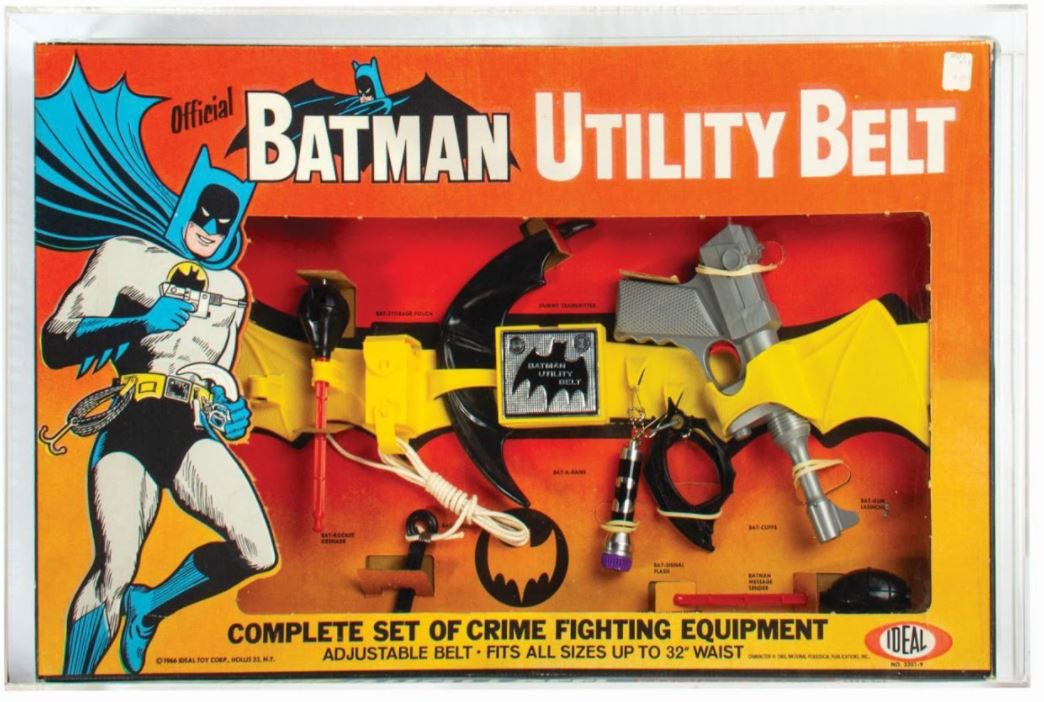 The most sought after of all 1960s Batman collectibles, the rare Official Batman Utility Belt manufactured by Ideal (1966) sold for a record $16,940 – the highest price ever paid for a vintage Batman toy.

According to the press release, the “complete set of crime fighting equipment” includes a yellow plastic utility belt adjustable to 32” with a Bat-Rocket-Grenade, Bat-Rope with grapple claw, a Bat-Storage Pouch, a Bat-A-Rang, a Dummy Transmitter, a Bat-Signal Flash, Batt-Cuffs, a Bat-Gun Launcher and a Batman Message Sender. As you can expect for such a high price, it was also assembled in the original cardboard box packaging.