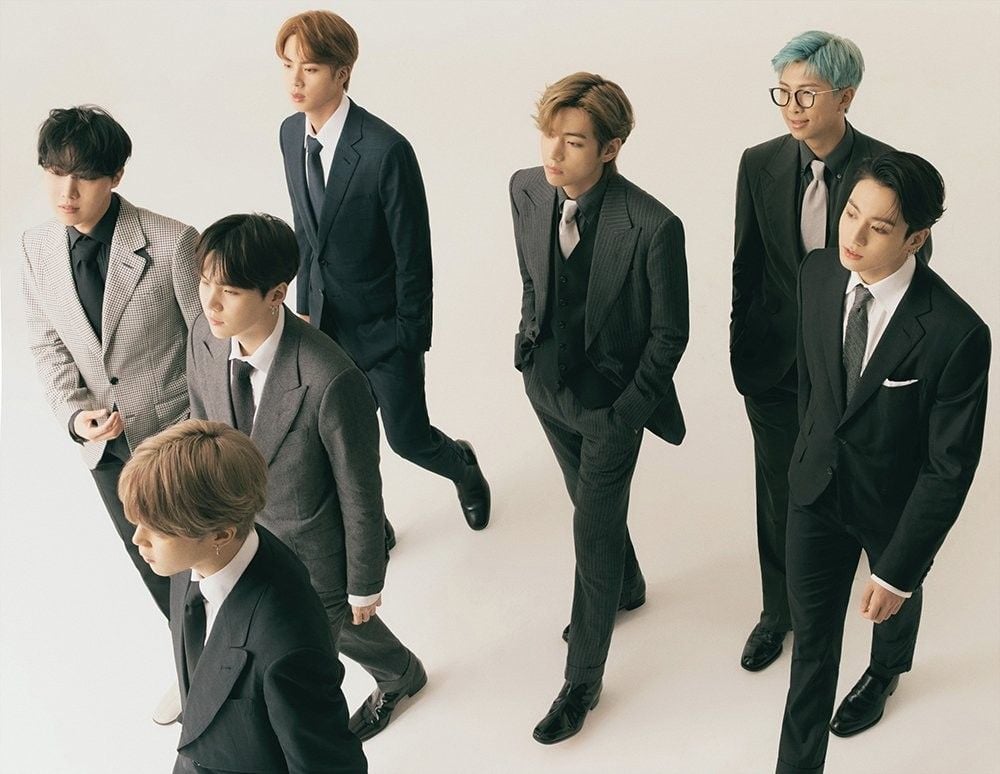 Yes, this is another BTS article. No, I have no regrets. Especially since this particular piece of news is such an amazing accomplishment for the seven member boy band. The band- consisting of RM (Kim Namjoon), SUGA (Min Yoongi), j-hope (Jung Hoseok), Jin (Kim Seokjin), V (Kim Taehyung), JungKook (Jeon Jeongguk) and Jimin (Park Jimin) – have won the title of the 2020 IFPI Global Recording Artist of the Year. This means that they are technically the biggest recording artist in the world right now. Let that sink in for a moment.

The IFPI- which stands for the International Federation of the Phonographic Industry- represents the recording industry on a global scale and the Global Recording Artist of the Year Award is awarded by the IFPI each year to the musical artist or artists with outstanding sales across multiple platforms. According to the official news release from IFPI, “The unique award is calculated according to an artist’s or group’s worldwide performance across digital and physical music formats during the year, from streams to vinyl, and covers their entire body of work.” Previous winners have included Taylor Swift (2019), Ed Sheeran (2017), Adele (2015) and Drake (2018).  As you can see, the winners are rarely from outside the Americas, Europe or the United Kingdom. BTS managed to reach second place back in 2018 and seventh place in 2019 but this is their first win, making them the very first Korean act to win the prestigious title. This is such an incredible achievement for a non-American or non-European act and I hope that this win- plus the various other awards and broken records last year- leads to BTS becoming known and respected for the gifted artists that they truly are. The below Tweet from @EUPH0RIAL0VE pretty much sums up their recent slew of achievements.

BTS’s first single in English- “Dynamite”- smashed records after its release in August of 2020, becoming the fastest music video to reach 700 million views on YouTube as well as the most YouTube views in one day (100 million, beating K-Pop band BlackPink’s 86.3 million record). “Dynamite” also managed to obtain 7.778 million streams on Spotify on its debut day and has been nominated for a coveted Grammy award. BTS are the first Korean band to achieve both of these accomplishments. BTS released an album- BE– in November 2020 which also broke various records. The album topped the US Billboard 200 chart and became their fifth album to do so. No other group had managed to achieve five number one albums so quickly since the Beatles during the mid-sixties- between 1966 and 1968- which is kind of insane for a Korean band when you think about it. The lead single from BE– “Life Goes On”– also reached the top spot on the Billboard Hot 100 chart following its release, the first non-entirely English song to do so. Impressive doesn’t really cover the huge milestones these boys are achieving and there is no doubt that their influence will have a lasting impact on the music industry and hopefully will lead to even greater diversity.

BTS are taking the music industry and the world by storm and they manage to do so whilst being great role models, advocating a message of loving yourself. They themselves are also breaking free of some of the more conservative elements of Korean culture to encourage always being true to who you are. They have established multiple charities including UNICEF’s “Love Myself” campaign– which focuses on ending violence against children and teenagers- and they encourage the importance of education too. They also abide by their own messages, with all of the members having either obtained a degree or currently studying online. Members V and Jimin recently graduated from the Global Cyber University in South Korea with degrees from the Broadcasting Entertainment Department. They also won the “Presidents Award” alongside their degree, further proving their dedication to broadening their horizons and promoting education. Not only are they fantastic artists who are the biggest act in the world right now, they are truly advocates and of education and self-acceptance. I know I may sound like a gushing fan girl when I discuss them but they seem like a genuinely positive and inspiring influence for young people who are struggling. I know they were for me and that is why once my initial hype over these cute Korean boys dyed down a little, I still stuck with them and their music and choose to promote them with my writing. With the world the way it is right now, it isn’t hard to see how they have managed their global domination.

Check out the other artists in the top ten of IFPI’s Global Recording Artist Chart of 2020 below.

BTS’s BE-hind Story Interviews: An Insightful Look at Each Member and Their Creative Musical Process