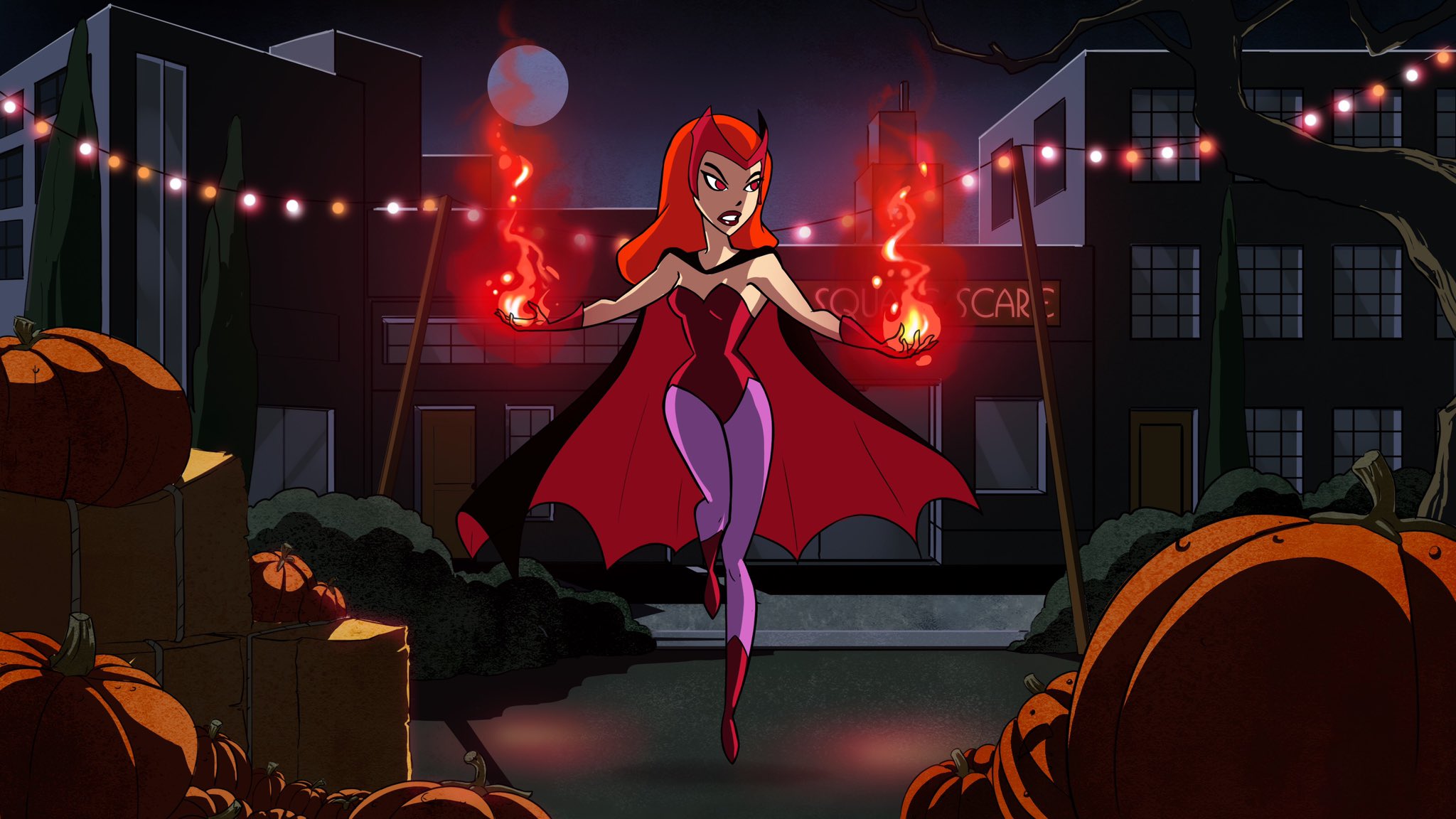 Despite WandaVision being over, there is still plenty of awesome content coming from fans that are missing Marvel’s first Disney Plus series. Whilst we have The Falcon and The Winter Soldier series going on right now and the upcoming Loki series in June to keep us occupied, WandaVision left a significant impact on Marvel fans due to it acknowledging Wanda Maximoff for the badass character that she is and finally revealing her to be the hugely powerful Scarlet Witch. This popularity has led to various kinds of fan made content- such as fan animations that I wrote about recently. One fan has done this by brilliantly recreating a scene from each episode in the corresponding cartoon styles from the decade that the episode is meant to represent.

Artist Riana McKeith is the mastermind behind this artwork and she has excellently managed to parody various cartoons from across the years as well as bring her own style into the fan art. There are all sorts of cartoons parodied here, such as The Jetsons for the 1960’s episode of WandaVision, Scooby Doo/ Hanna-Barbera cartoons in general for the 1970’s episode, the X-Men/Batman and Spiderman animated series’ for the 1990’s episode and Fairly Odd Parents for the 2000’s episode. There’s such a great range of cartoons here and they combine perfectly with McKeith’s own art style and also with the WandaVision scenes.

I love how cleverly creative this fan art is. It isn’t just a straight up parody of one cartoon per episode. There are various cartoon inspirations here, such as all of the numerous Hanna-Barbera cartoons in the 1970s drawing. I’m definitely seeing some Josie and the Pussycats inspiration from the designs for Wanda and Monica here as well as a hint of Scooby Doo.  I also love how the scenes are perfectly chosen too, such as Agnes’s workout clothes and kitchen power pose from the 1980’s episode of the show being used to create a Gem and The Hologram’s parody. McKeith has gone above and beyond with her incredible fan art and it well and truly pays off.

Make sure to check out Riana McKeith on Twitter here.

Artist Asks the Question “What if Cats Were Giants?” In These Fantastically Random Masterpieces