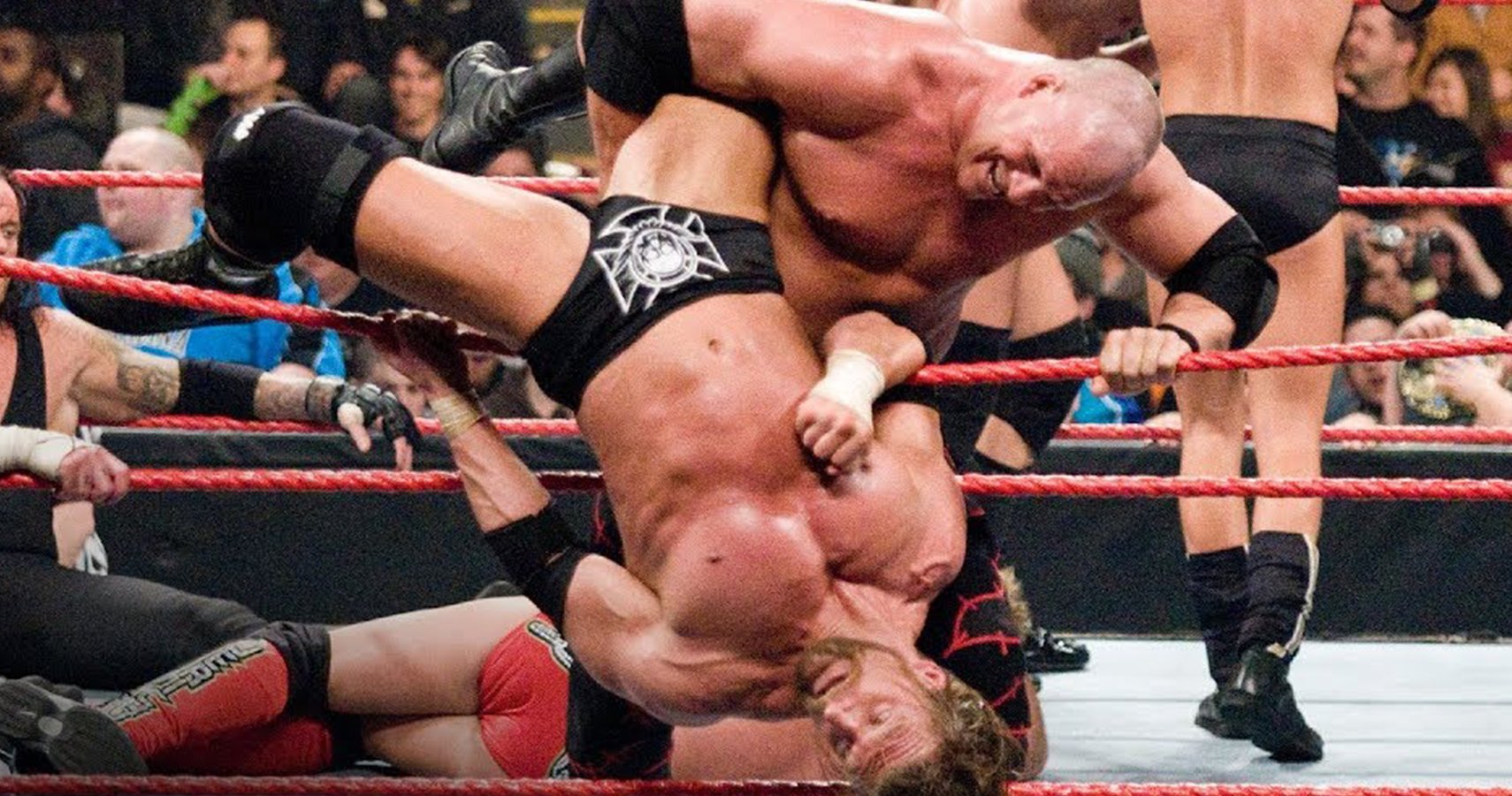 The Best of the WWE Royal Rumble

While WrestleMania might be considered WWE’s biggest pay-per-view of the year, the Royal Rumble is arguably the most popular. It is the official start of WrestleMania season as the main events come into view. More than that, the actual Royal Rumble match is one of the most exciting WWE has.

The essential premise is that two wrestlers start in the ring. Then, another wrestler enters every 90 seconds, with a total of 30 wrestlers involved. There are no count-outs, pinfalls, or submissions. The only way to be eliminated is by going over the top rope and both feet hitting the floor.

What makes it a blast to watch is the unpredictability of the match. The complete roster of wrestlers involved is rarely known, so most numbers have the potential for a surprise entrant. Even if fans think they know who is going to win, how it plays out is rarely as predictable.

Some of the most unique moments in WWE history have happened in a Royal Rumble match. Hopefully, this year won’t be an exception.

Superstars like John Morrison and Shawn Michaels have pulled off off some impressively acrobatic moves in a Royal Rumble match. But Kofi Kingston has carved out a name for himself as one-man highlight reel.

Consistently, Kofi has produced some of the biggest saves from elimination moments. From walking around outside the ring on his hands to chair hopping from the commentator’s desk back to the ring, Kofi has found the most creative ways possible to keep going.

His leap from the barricade to the ring apron at Royal Rumble 2014 remains one the most athletic moments in WWE history.

In 2018, WWE changed the game by having the first Women’s Royal Rumble match. 30 female wrestlers both past and present entered, leading to some historic moments. One of the coolest was seeing Trish Stratus and Mickie James, two in-ring rivals, face off in match they helped build to.

The eventual winner was Asuka, which was both the expected and the hoped-for outcome. Asuka was in the midst of her juggernaut run that started in NXT. It was a huge win for her.

It meant Asuka was going to WrestleMania to face Charlotte Flair or Alexa Bliss.

Unfortunately, it was followed by another huge moment that overshadowed hers when Ronda Rousey made her debut. Through no fault of Rousey’s, WWE’s choice to have her appear at that second somewhat stepped on the importance of Asuka’s win.

More than a few wrestlers have become two-time Royal Rumble winners. This includes the likes of Shawn Michaels, Randy Orton, Hulk Hogan, and John Cena. But only one man has won the match three times.

He won the Rumble back to back in 1997 and 1998, then again in 2001. Of all the great moments in the history of the Royal Rumble, Austin’s record-setting third win is a big one. Even if that record ever is tied or broken, probably by Randy Orton, Austin will always be the first to achieve it.

Shawn Michaels And The One Foot Save

Being eliminated from a Royal Rumble match requires two components. The first is going over the top rope and the second is both feet touching the floor outside the ring. Keep in mind, the key word in the second component is “both.”

In 1995, Shawn Michaels changed the game with a one foot save. It was the first time any wrestler had tested the limitations of the “both feet touching the floor” rule quite so literally.

It was a successful test, too. Shawn Michaels also became the first wrestler to enter at number one and win the entire match. Before him, the earliest entry to win was Ric Flair at number three. |In reality, Michaels wasn’t the only number one entry to win. Chris Benoit also pulled it off in 2004, though WWE is unlikely to mention that one.

There was a time that one of the top wrestlers in the world to have never worked in the WWE full time was AJ Styles. Well, until Royal Rumble 2016. That’s when unfamiliar music hit and Styles entered the arena. The pop from the audience was one of the biggest ever.

The confused look on Roman Reigns’ face sold the moment. That being said, the camera stayed on his face longer than it did the entrance.

As great as the debut was, it would have been better if AJ had won the Rumble. Instead, Triple H won. Not the most surprising person to go over in a Royal Rumble match but Styles main roster debut was still one of the hottest moments of the year.

AEW Revolution Review: The Good, the Bad, the Badass