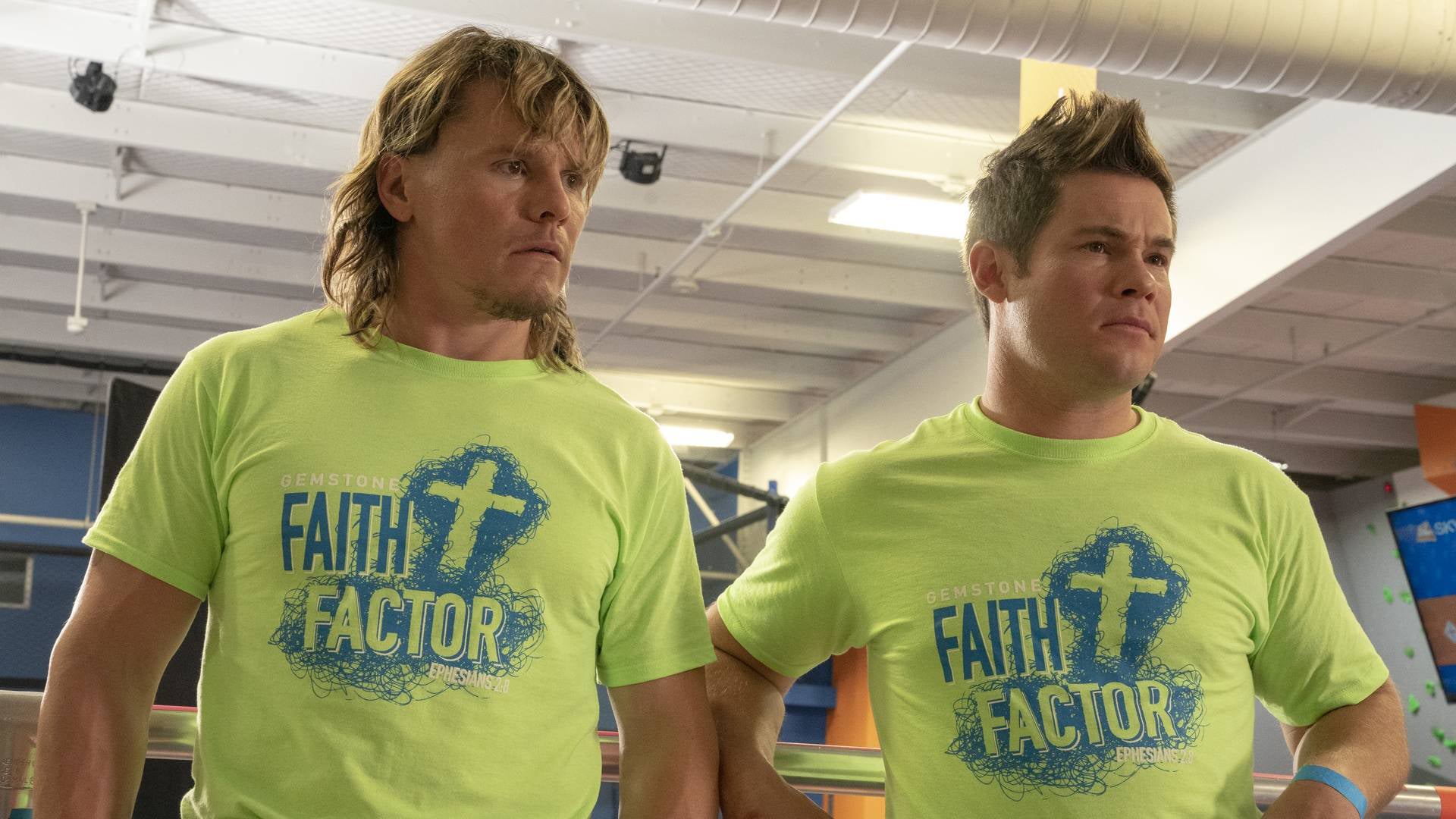 “Wicked Lips” is akin to an amuse bouche of The Righteous Gemstones‘ deeper-seeded ideas and explorations; though one might expect that to occur in the first few episodes, there’s a lot more meat on the bones here than say, last week’s entertaining-but-gaudy “They Are Weak, He Is Strong”. More importantly, it accomplishes this by focusing on some of the show’s more shapeless characters, giving strong definition to characters like Amber and Kelvin in a rather impressive third act.

The harder “Wicked Lips” tugs at the most damning ironies contained inside its protagonists, the more tantalizing the climatic potential of these stories becomes.

There’s still a bit of tonal chicanery for The Righteous Gemstones to figure out, but “Wicked Lips” is a step in the right direction, the episode recalculating its own formula on the fly. What begins as severely dated comedy (cyber goth dancing!) eventually gives way to something much more ominous, as Danny McBride and his writing team begin to pull on the many, many loose threads left in the wake of the Gemstone empire. Baby Billy’s desperation to be integrated back into the business, Gideon and Scotty’s burgeoning plan to rip off the family, Chad’s inability to delete his emails… these stories all begin to percolate during “Wicked Lips,” a build up of anxiety personified by Keefe’s extremely uncomfortable attempts to avoid the trappings of his former life.

Quietly, the theme of “Wicked Lips” becomes about salvation, and what motivates and defines it for those in the gravitational pull of the Gemstone empire. Like anything else in capitalism, salvation is a commodity to be bought, traded and sold, one that can be shaped into anything, from vengeance to desperation, all the way to outright authoritarianism, seen best when Kelvin invades a young woman’s room, all because her rich parents think she’s being tempted by Satan and her shitty boyfriend.

Most importantly, “Wicked Lips” asks the question of what we are willing to sacrifice to “save” ourselves, and how easily that can be taken advantage of. Kelvin doesn’t want to help Dot for her own good; he’s doing it to prove a point to his father, just as Gideon is silently trying to do to his family (by robbing them blind). The Righteous Gemstones is a world full of people who are far less than pure of heart; seeing that manifest in a multitude of different ways, particularly those outside the bounds of “evangelists being rich sure is weird!,” is fascinating, especially when it builds out a bit of depth for some of its weaker characters, like Kelvin and Amber.

It all builds to a rather terrific final sequence, when Jesse nearly kills his son trying to exact his revenge on the ominous red van that tried to black mail him – excuse me, “doing a car prank”. In an episode whose visual influences range from Goodfellas to Step Up (seriously; Kelvin’s gymnastics sequence just needed a Gabrielle Union cameo), it is the car chase at the end that shines brightest. Watching Jesse chase Scotty’s van down a dark, empty road serves an exciting visual metaphor the scene builds on with each shot, from the bright lights of Jesse’s SUV lighting up the inside of the van, to the milk-white pistol Jesse draws once the van violently crashes in the middle of the road.

Jesse doesn’t need to actually hit the van for it to flip; after all, Psalms teaches the followers of Christianity that the wicked will undo themselves, their wicked and twisted ways eventually becoming their undoing. Though it fits the moment for Gideon and Scotty, it’s really an ominous sign for Jesse and every other member of the Gemstone family; the faster they go and the harder they chase their Godless indulgences, the more dangerous their tunnel vision of temptation will lead them to an inevitable downfall.

“Wicked Lips” leans hard into that, whether it’s Keefe resisting the Satanist temptations of his old life, or Jesse trying to hide the fallout from the activities his world would define as Satanist; the juxtaposition is rich, and although it does take “Wicked Lips” some time to push those parallels together in a meaningful way, it is magical to watch it unfold across the last eight minutes of the episode.

Though next week’s flashback episode is titled “Interlude,” the final act of “Wicked Lips” really feels like the turning point for its first season, slowly bringing some of the season’s bigger ideas and turns to the surface. It is most certainly a half hour of percolating material; nothing is particularly explosive, but the harder “Wicked Lips” tugs at the most damning ironies contained inside its protagonists, the more tantalizing the climatic potential of these stories becomes.

“Rodman: For Better or Worse” is a Superlative 30 for 30 Documentary