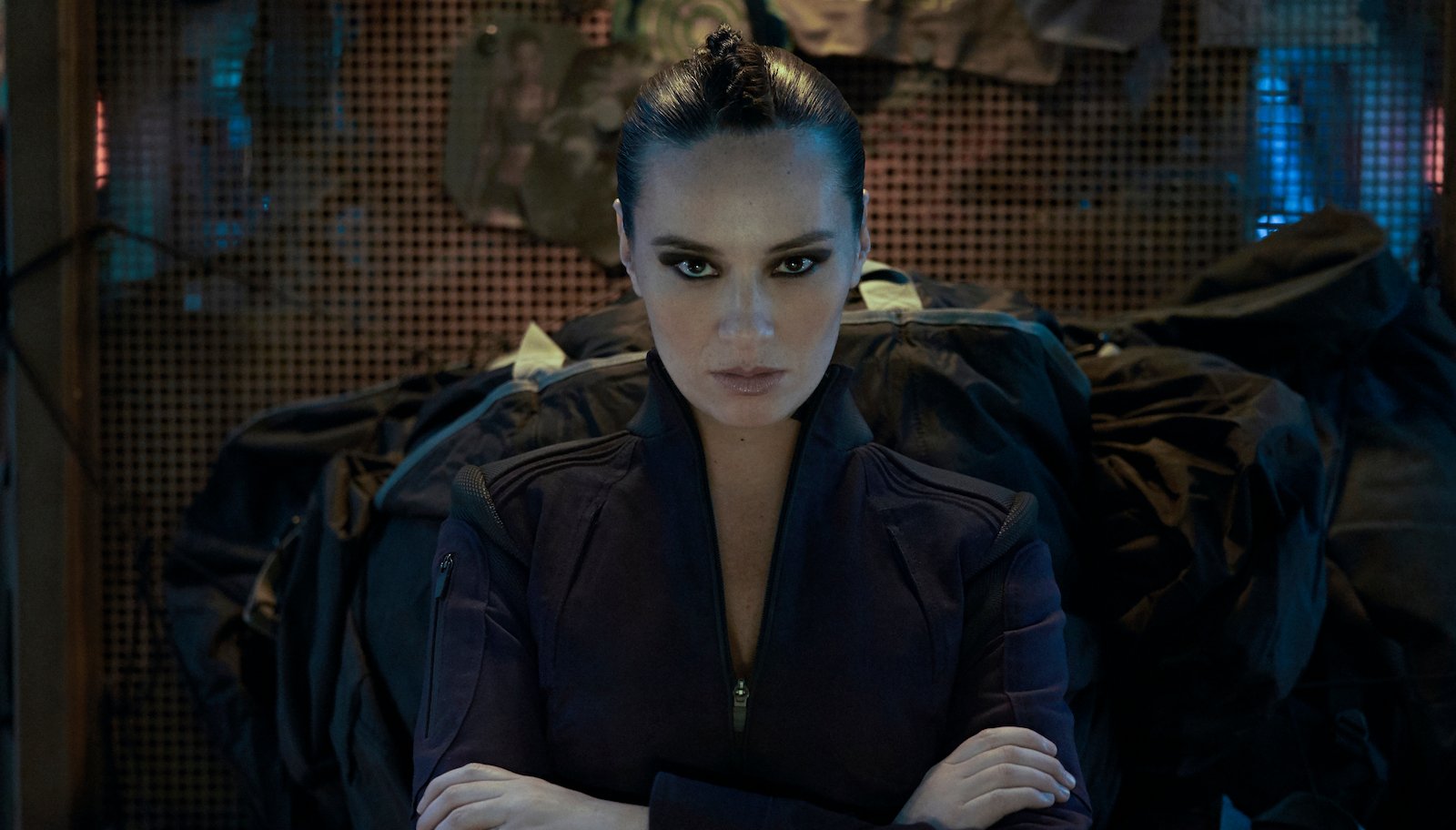 Let’s cut the bullshit: the first three hours of The Expanse‘s fifth season is the best opening act this show’s ever offered (and considered next season is its last, arguably the best one we may ever get). For a series that’s always taken its time laying out the complex grid of its interlocking narratives (sometimes to its detriment), there’s a noticeable change of pace in the early moments of season five – and it is absolutely to its benefit, as strong a bounce back from a wildly uneven, disappointing fourth season I could possibly imagine.

The Expanse‘s fifth season is the best opening act this show’s ever offered (and considered next season is its last, arguably the best one we may ever get).

The season premiere, “Exodus”, is a fitting title for a show that seemed to be very happy to leave the strange, underwhelming stories of Ilus behind; opening with Felip Inaros’ assault on a science vessel near Venus, The Expanse quite literally comes out of the gates firing, with an unexpected ferocity. With all the hanging threads left from “Cibola Burn,” it was a given season five would open with a bit more impetus (after all, there are stealth-laden asteroids hurtling towards Earth) – but it is still surprising to see just how quickly “Exodus” kicks its characters into high gear, often with a Martian boot to the ass.

Sometimes, it turns out, more can be better: in comparison to the last two hours of season four, the pacing of season five is a godsend, a balance of plot and character it often takes The Expanse four or five episodes to really dig into. With only twenty episodes to work with, it seems the writing staff carefully re-examined its natural storytelling rhythms; and that consideration pays off in spades, from flashy moments like Amos’ early fight scene, to the touching scene Camina shares with a bottle of whiskey in the closing minutes of “Mother” (directed by Thomas Jane, returning to helm the episode after Proto-Miller’s touching final season last season), The Expanse moves with a sense of purpose through these early chapters, which in turn helps drive some much-needed drama into the building conflicts of this season (it also helps that series stalwart Breck Eisner directs the ever-loving fuck out of the first two hours, some of the best TV direction I’ve seen in 2020).

It’s hard not to keep comparing this season to the last, because they’re such a contrast in what The Expanse does better than just about any show on TV: where season four struggled to keep a large chunk of its characters busy in a single location, season five spreads the crew of The Roci amongst the cosmos, never losing step as it whips around the galaxy to their various stories (it also noticeably confines itself to one side of the Ring, which really helps reset the show’s scope and stakes a bit – while pontificating on the opportunities of the other side of the Ring is fun, it doesn’t serve much import to the immediate needs of its many characters, and smartly moves away from it).

Holden’s short-lasting retirement, Bobbie’s increasing desperation, Alex’s undying need to be loved (and listened to), Fred’s inherent shadiness… all of these things are embedded in the larger story of Martians secretly funding a Belter attack on Earth, while the OPA scrambles to hide the proto molecule among the stars in its research labs. And The Expanse deftly navigates them all in these three (pretty expensive-looking) episodes, as it digs into Naomi and Amos’ past, and looks towards Holden, Avasarala, and Bobbie’s uncertain futures.

Whether The Expanse can sustain the difficult ballet of narrative intrigue and engaging character development over the course of ten episodes remains to be seen; every season of The Expanse‘s been marked by noticeable ebbs and flows in quality, most usually seen in the second halves, as its intricate puzzle boxes and interpersonal conflicts chaotically careen towards a climax. The conviction of these opening hours gives me a lot of hope, though: there’s no denying the feeling The Expanse is back in this dramatic opening salvo, setting the stage for what we may eventually remember as the show’s greatest season. Lofty expectations, yes – but if we’ve learned anything from the crew of The Roci over the past 49 episodes, it’s that a little bit of unhinged hope can go a long-ass way.

Cobra Kai Season 3: This is the Way