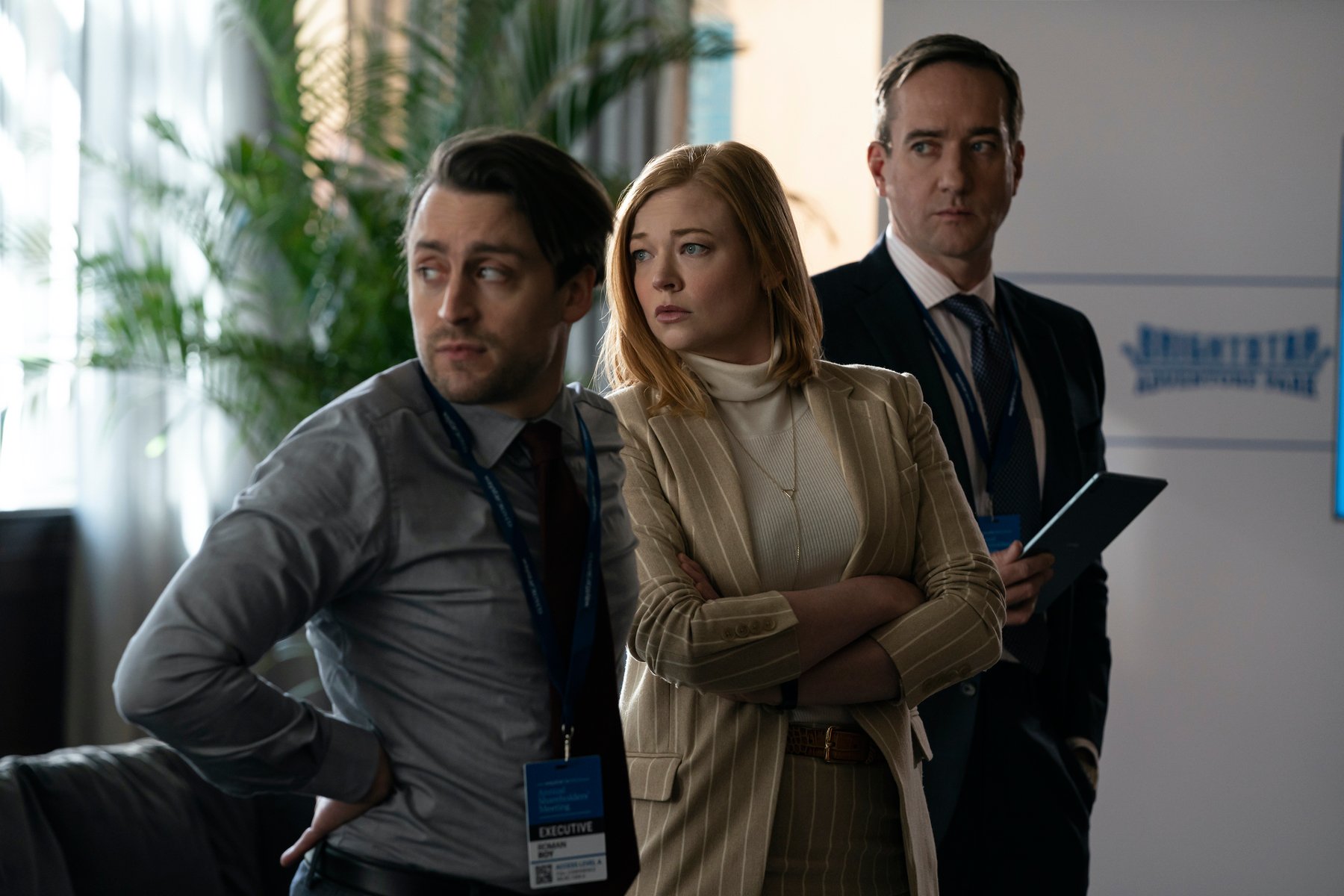 The most eagerly awaited fictional shareholder meeting in television history, one hinted at all the way back in Season 1, finally arrived in Sunday’s fifth episode of the Succession season, “Retired Janitors of Idaho“. It’s the Succession equivalent of a battle episode on Game of Thrones.

Even the episode didn’t actually culminate in an up-or-down vote, it was still a nerve-wracking hour- and one whose outcome portends fascinating things in the future for the show.

The episode is positioned as something of a three-way battle for control of Waystar Royco, with the main Roy family and Sandy/Stewie faction fighting, with Kendall standing in the middle. Throughout, members of all three factions are engaged in back-channel talks with one another.

There’s also the matter that Logan Roy is suddenly losing his mind.

In perhaps a commentary on so many American institutions being led these days by very old men of questionable mental acuity, Sandy (Larry Pine) is essentially a vegetable, while Logan, due to a UTI and a lack of medication for same, has taken leave of his senses, as was hinted in last week’s episode.

This leaves the two men’s daughters (Shiv, and Sandy’s daughter Sandi) to hammer out an agreement that gives each side an acceptable amount of board seats. The result is that the battle will continue. The Roys will remain in control of the company while sharing power with their enemies, and the two factions will need to uneasily co-exist.

But they won’t have “The Raisin” to help them, as the president of the United States calls to let the Roys know that he’s not seeking re-election. It’s not clear exactly when we are in the election cycle- is it the mid-primary season? The midterms? – but the funniest moment of this scene is clearly Connor under the mistaken impression that this means his doomed presidential ambitions are back in play.

Shiv is perhaps the biggest winner of the episode, successfully bringing the deal together, even as her father later snaps at her to “quit buzzing around me,” and Tom makes the creepy admission that he’s been tracking her menstrual cycle with an eye towards conceiving a child.

Kendall, meanwhile, hijacks the shareholder meeting to hold a “moment of silence” for people killed in the past by Waystar’s misdeeds. It pretty clearly established that Kendall isn’t doing this for the right reasons, but rather to score political points.

As for Greg, he once again ping-pongs between the two sides, and once learning that his grandfather is planning to donate his entire fortune to Greenpeace, comes up with a plan to sue Greenpeace. If anyone thought Greg was the “good guy” of the show, here’s another reminder that he isn’t; good guys aren’t known for suing Greenpeace.

Succession: An Investor Brings Kendall and Logan Together