Connect with us
There have been a lot of moving parts put into place over the course of Mr. Robot's fourth season. Several of them just came together, in devastating fashion.

There have been a lot of moving parts put into place over the course of Mr. Robot‘s fourth, and final, season. On Sunday night, however, several of those pieces came together for one of the best episodes of the entire series in “Proxy Authentication Required”.

The reveal of a trauma so intense and horrific allows the character of Elliot to make so much more sense – so much so it almost warrants an entire series rewatch, to search for other hints.

Staged like a five act play, and utilizing a cinematic aspect ratio, “Proxy Authentication Required” immediately lets viewers know that it’s doing something a little different. While this may not be a huge surprise for fans (Mr. Robot just did a dialogue-free episode two weeks ago, among other experimental efforts throughout the series) the reason for it is fitting.

Essentially a bottle episode, “Proxy Authentication Required” takes place entirely in the apartment of Elliot’s former therapist, Krista. As such, the five act structure makes it even more like a play than it already is. Moreover, the episode is very dialog heavy, with almost no action.

Still, with a meaty chess match between Elliot/Mr. Robot and drug dealer Fernando Vera making up the majority of the episode, the dialogue is weighty enough to justify this structure. The first round goes to Vera, who obviously has Elliot over a barrel, having kidnapped both he and Krista. However, Mr. Robot turns the tables in the second round, pointing out the lack of originality or planning in Vera’s drug-fueled, mystically-advised bid to take over New York City.

Finally, the third round comes: the tie breaker. As Fernando orders Krista to have an impromptu therapy session with Elliot, the most shocking reveal in the series is laid bare. After a tense build-up, and against the protests of both Krista and Mr. Robot, Elliot finally digs up the truth behind his alter ego. Mr. Robot wasn’t created after Elliot had an accident, he was created to protect Elliot from a series of traumas that came before it.

In an emotional moment sold gloriously by Rami Malek, Elliot accepts the truth: his father molested him throughout his childhood. In one fell swoop, so much of what we know about Elliot suddenly makes sense – and the fact that Mr. Robot looks like his dad is just the beginning. There’s also the details of the trauma that we’ve had up until now: that Elliot told Darlene to hide when he heard his dad coming; that he grabbed a bat to defend himself – and, finally, that he threw himself from the window when he feared he couldn’t best his father in the altercation. 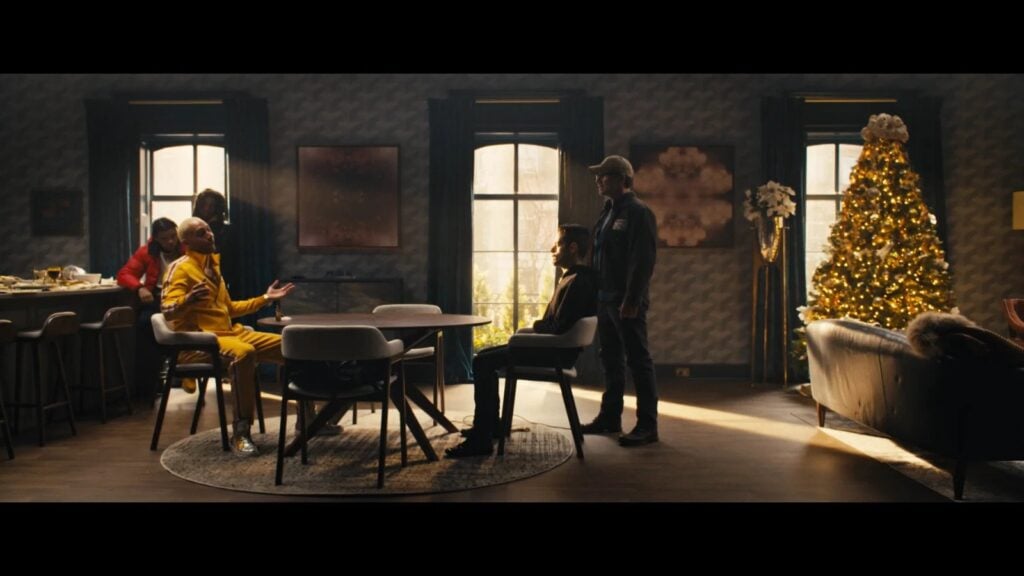 The reveal of a trauma so intense and horrific allows the character of Elliot to make so much more sense – so much so it almost warrants an entire series rewatch, to search for other hints. Certainly it’s more logical that Mr. Robot was created out of these terrible memories rather than materializing after the injuries sustained during Elliot’s fall. It also lets the viewer know that Mr. Robot had a history of altering Elliot’s perception and memories long before the events of the series.

Even more disturbing is that the creation of false narratives and fake memories is actually a real-life coping mechanism used by survivors of sexual abuse, especially children. As such, the reveal fits naturally into the character of Elliot – but it’s a huge shock to drop on the audience a mere three episodes before the end of the show.

Of course, the reveal will no doubt ignite debates as to whether Mr. Robot creator and showrunner Sam Esmail planned this backstory from the start, or whether it was concocted as a wrench to throw in the gears at the last minute. Either way, questions remain as to how this new information will affect the remainder of the series.

Will Mr. Robot be back or is he gone for good, now that his job of protecting Elliot from the truth has become obsolete? Did/does Darlene know? Will this affect the plan to hack the Dark Army that has been building all season? All of these questions and more will be answered in the next three weeks but in the meantime, we’ll be waiting with baited breath.

The Mandalorian “Chapter Three: The Sin” Considers a Conscience and a Culture