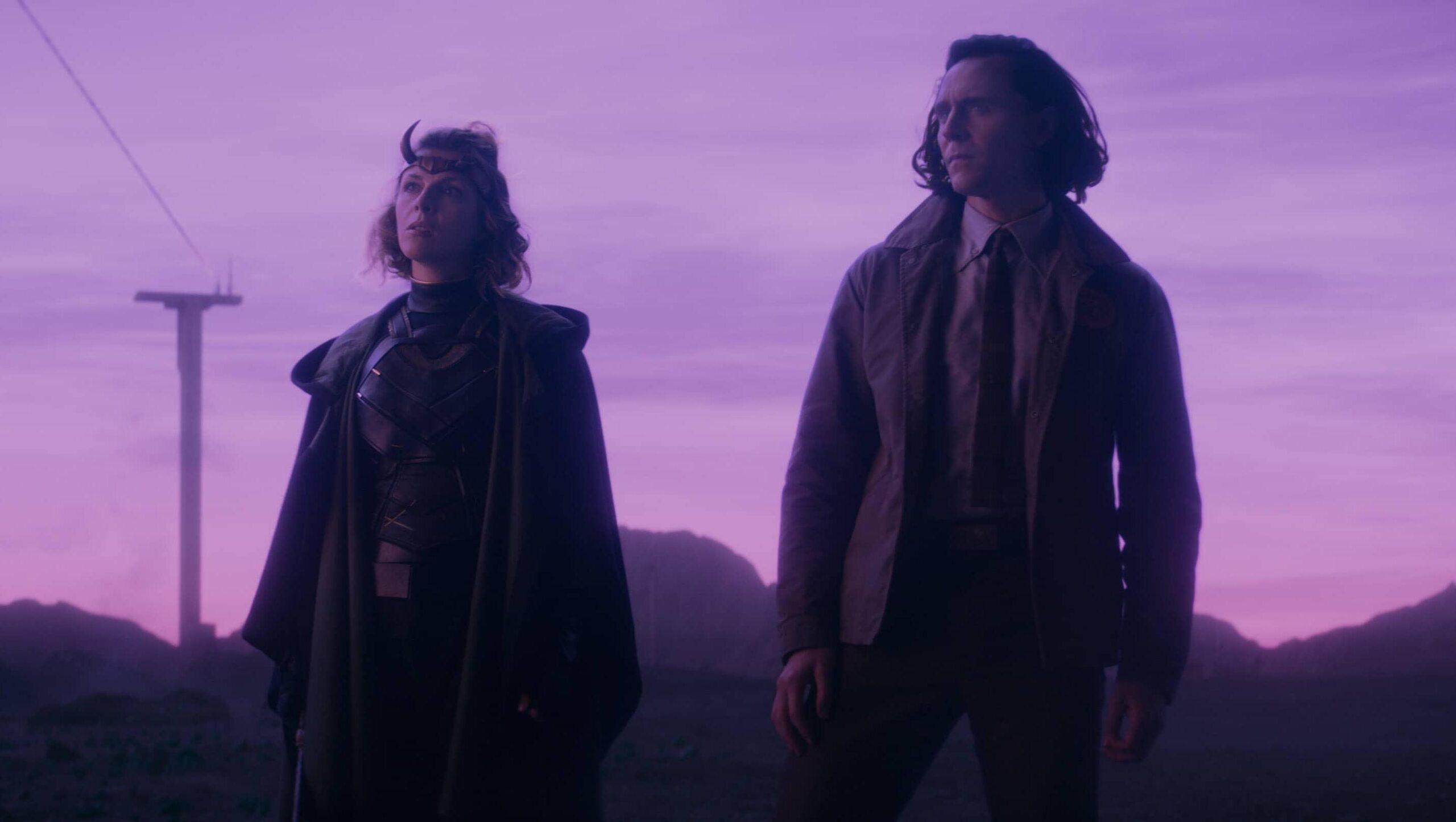 Last week, Loki continued to push forward as the show further explored the relationship between the titular god of mischief and Agent Mobius. As Asgard’s adopted prince and the tired time agent put their minds together to track down a variant out for blood, Loki’s second episode took a departure from some of its premiere objectives for the sake of building a better world. With the Marvel Studios series returning for another entry this week on Disney+, “Lamentis” prevails with two Lokis looking at their own catastrophe. Despite now having to juggle double the number of variants, the series’ third episode gloriously manages to multitask, developing its lead protagonist and creating a female interpretation of the swindler. While it may hop between moments of characterization and pure action, the show’s newest episode offers loads of great setpieces and one phenomenal dynamic.

Picking up exactly where last week left off, the god of mischief attempts to stop his female counterpart from entering the Time Variance Authority’s headquarters after abandoning Mobius and his crew to a hurricane. In a squabble to prevent her from reaching the organization’s leaders, Loki accidentally strands the mysterious variant and himself on a doomed planet named Lamentis that is set to be destroyed in less than twelve hours. With both wanting to survive the impending catastrophe of a collapsing moon, the Lokis decide to form a truce to help save them from their possible demise. Forced to work together, the two charismatically attempt to get the upper hand on each other all while learning perhaps they are not so different after all despite their opposite genders and some contrasting ideas.

With Agent Mobius and his team of TVA members not even getting to make an appearance this time around outside of a few nameless guards and judge Ravonna, “Lamentis” heavily spotlights building upon the revelations of Loki and the violent variant he has been forced to terminate. As audiences expected by the TVA’s previous information and her shiny gold getup, the individual Loki and Mobius’ team are hunting is, of course, a female version of Asgard’s prince. Going by the alias Sylvie — dropping the Loki name for reasons yet to be made clear, the show makes a commendable effort to establish two versions of the lead character by having both Lokis work with one another for their survival. The result is nothing short of incredible as Loki can bend the viewer’s current interpretation of its characters by presenting a new perspective to its narrative. “Lamentis” is easily able to establish one key question through the charismatic introduction of Sylvie: is the female god of mischief being manipulative, or are the TVA actually the villains of the series?

Episode three really manages to twist the question thanks to the series’ applaudable methods of building its lead characters. While Loki has certainly proven his trustworthiness over the last two entries, audiences are more than aware that the trickster will pull a knife on anyone’s back when needed. Loki is a character who has manipulated others time and time again, but audiences also have yet to learn what exactly is up with Sylvie’s past. She clearly has an endgame in mind with her plan to dismantle the TVA, yet she also evidently possess knowledge of Loki’s employers that he does not. With the information audiences know about Loki and his female counterpart, “Lamentis” can grab viewers into conspiring with both sides of the conflict at hand while the leads explore each other’s powers, feelings, and thoughts. As Loki and Sylvie walk across a dying landscape in search of a supposed ship that could save them, the two are given a chance to explore each other’s minds without the means of magic or violence.

Episode three absolutely flaunts the dynamic between the two as Loki talks about his past so he can grab a few details from Sylvie’s life. The result is simultaneously heartwarming yet heartbreaking. The bitter Sylvia, who wants to get back on track to her ultimate plan, is left constantly contemplating her life. At the same time, Loki wastes his existence having fun with his newfound philosophy that nothing in the universe actually matters. Without spoilers, the conversations that the two Lokis have are always weightful and showcase their true selves. “Lamentis” rapidly digs into discovering how Loki and Sylvie have quite a bit of relatability despite being pitted in a world that is overwhelming against them. From family and theory to placement in a hierarchy and even sexuality, Tom Hiddleston and Sophia di Martino are doing wonders critiquing each other’s characters while showing all their charisma.

If there is one particular aspect of episode three that really knocks it out of the park aside from the dynamic between Loki and Sylvie, it is without a doubt the cinematography and effects. Marvel Studios has always set a standard for visual effects in film, but Loki is truly taking their high efforts into the realm of television. WandaVision and The Falcon and the Winter Soldier certainly had impressive moments when it came to computer-generated imagery, but Loki has been slowly going a step beyond what you would expect from a television show with every ongoing episode. They might be competing on the same streaming service, but Loki is definitely hitting the high-bar that other series such as The Mandalorian have established. On a side note, the costume design for Sylvie is also quite notable as even her attire manages to brilliantly pull in Loki’s esthetics and vibe. “Lamentis” was certainly a visual effects-heavy episode, yet even in its digital charades, it is doing some applaudable work with its practical doings.

However, where episode three sometimes falls short can be upsettingly in its pacing that feels disappointingly sporadic at times. With the setup and structure created to develop the relationship of Loki and Sylvie, there was seemingly no way around what is really the episode’s only major issue. “Lametnis” dips in and out of all-out action and silent moments of character development at a pretty rapid rate. It is never a hindrance to the viewer’s immersion but considering how substantial the conversations had this episode are amongst a massive impending threat, jumping between fights and emotional remarks was frustrating at times. Viewers will probably wish that the two Lokis spent more time talking than fighting, but perhaps their silence and scheming play perfectly in line with their personalities.

Even as Loki’s third episode jumps between character-building moments and heaps of actions, “Lamentis” never falls short of being a captivating thrill ride from beginning to end. Marvel Studios has had an ongoing problem with creating its lineup of recent villains; however, Loki has so far stood strong in presenting a loveable and twisted tale where audiences are still yet to discover just who the antagonist might be. It is certainly not the most sophisticated entry in the series thus far. Yet, it still manages to open up its world further while providing viewers with a highly entertaining world-ending adventure. Its cliffhanger will no doubt leave audiences dying to reach next Wednesday as it ends on an unexpected note. In Loki’s own words, we could surely use “another!”

In Defense of Good Girls