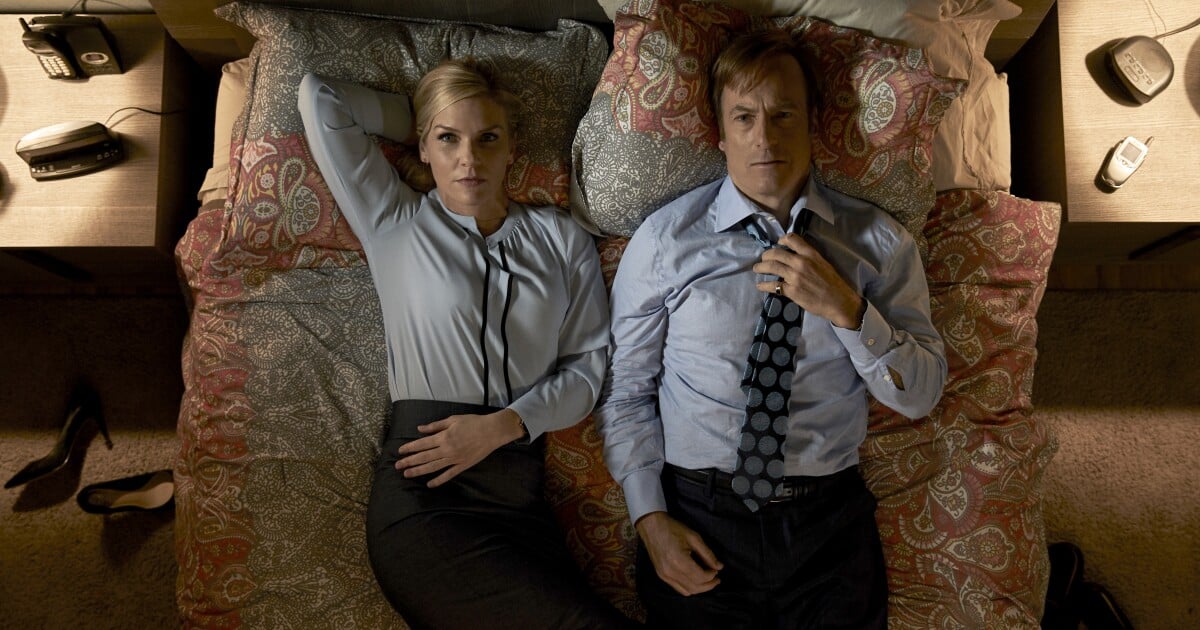 Season 4 of Better Call Saul ended with the daunting reveal that Jimmy was willing to play anyone in order to get what he wants. Unfortunately for Kim, who had often been in on his many scams over the years, this now included her. Visibly moved by Jimmy’s speech about his dead brother, Kim is shocked and disturbed to find out that the speech was just a cloying ploy to get himself reinstated as a lawyer.

Of course, the natural path this storyline would take in season 5 would be to have Kim and Jimmy slowly grow apart as Kim’s misgivings continue to grow. But this is one of the central strengths of Better Call Saul as a show. Much like Breaking Bad before it, it lets you think you know what’s happening, only to pull the rug out at the last second.

Truly Kim’s journey over the course of Better Call Saul‘s 5th season is as interesting and intricate as Jimmy’s. While Jimmy slides further and further into scheming and trickery in order to get ahead, Kim struggles to follow the rules, only to grow increasingly frustrated by how constraining they are.

Further, as someone who got into law to help people in need, Kim feels like selling her soul to her corporate overlords is, at last, a bridge too far. Take a scene where she pours her heart out to a man who she’s trying remove from his home, only to be called directly on her manipulative tactics. The scene directly following this centers the camera on the Audi symbol of her expensive car as she pulls into her assigned spot at Mesa Verde. A visibly shaken Kim is already in motion for her dark turn in the final scenes of season 5 here.

Essentially this is to be expected. When Kim decided to double down and marry Jimmy instead of leaving him, she was shaking hands with the devil she knows, who is also the man she loves. For his part, Jimmy, in all of his attempts to keep Kim out of his dangerous business of being a “friend to the cartel”, needs Kim to save him from himself. And again, when he suggests they pull back from doing anything too illegal, it is Kim who Lady Macbeth’s him into going the opposite route.

It’s truly a shocking turn for Kim. While we’ve watched Jimmy McGill slowly turn into Saul Goodman over the course of the show, with the betrayal and death of his brother central to his darker turns, Kim has nearly always followed the letter of the law. Finally, like Walter White before her, it is Kim’s pride that pushes her to break bad. When Howard suggests that Jimmy has somehow manipulated her into her career change, that insult becomes what will almost certainly be the first nail in his coffin.

Despite the humming and hawing about the scheme, Jimmy and Kim will absolutely be taking down Howard Hamlin in the final season of Better Call Saul. How they’re going to do it remains a mystery, but the fact that they will do it is basically a bygone conclusion before the season even airs. This final scheme will no doubt cement their corrupt futures together, and bring us back into the current timeline that occasionally peeks its head into the show, giving us the ultimate conclusion for one of the only characters wily enough to survive the brutal world of Breaking Bad.

Of course, with the threat of Lalo Salamanca still to be dealt with, there’s no telling what kind of collateral damage might be blowing up around them as they pull off their scheme. One of the tensest scenes in the entirety of Better Call Saul arrived when Lalo showed up at Jimmy and Kim’s apartment to question, and threaten, them in equal measures. Since Mike and Jimmy’s connection is also central to both Breaking Bad and Better Call Saul, the Lalo conflict will naturally cement that relationship as well, showing how Jimmy gets in so deep with criminals that he becomes known for it, while allowing room for him to walk in other worlds of society as well.

With the final arc of Better Call Saul, a super-sized 13 episode season, set to premiere in fall 2021, it’s going to be a bit of a wait for the solution to these various hanging fruits that Vince Gilligan and Peter Gould have set about arranging over the years, but there’s little doubt that the solutions, and the conclusions, will naturally be of a compelling and satisfying manner.

After Life Season 2: Grief Is Forever