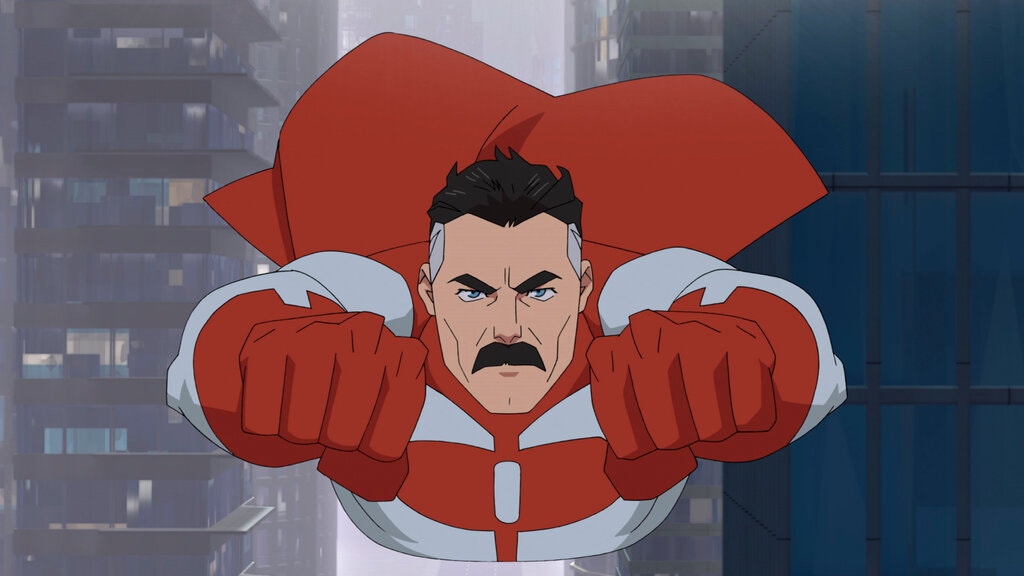 With its penultimate episode, Invincible has just gone from a totally welcome surprise to a show that will be talked about at the end of this year by any website or publication worth an ounce of its salt. Ho-lee-crap! Amazon Prime Video’s adaptation of the Invincible comic was already on track to be one of the year’s best shows. With that said, this episode just cemented its place in television history.

It’s exceedingly rare in this medium for a show to weave such a fantastic narrative around an audience and then pull closed the trap without an ounce of suspicion from the viewers. Rare efforts like Lost, Breaking Bad, or Game of Thrones can pull off the trick. Still, as an animated feature (a non-anime one at that), the fact that Invincible has managed such a seamless transition from “wow” to “WOW!” is absolutely mind-blowing, particularly in its first season.

Now that all of the requisite gushings is out of the way let’s get down to specifically what “We Need to Talk” has achieved. First off, we’ve learned what Robot was planning and why. A plot point that’s been hinted at toyed with and bandied about to much effect over this first season, Robot’s plan to grow himself a new body has finally been laid bare.

The fact that not only is it successful but that he intends to put the Mauler Twins back in jail after utilizing their expertise re-ingratiates Robot to the audience and allows us to empathize with his horrible plight. Though there is naturally some morally murky ground around Robot’s actions, we can’t help but be happy for him as he seems to finally have a chance at a real life.

Bigger still is the return of The Immortal and his brutal showdown with Omni Man. The incredible action set piece that closes out the latest episode of Invincible has Omni Man and Invincible first teaming up to battle an alien creature sent by Cecil to either slow down or kill Omni Man. When The Immortal shows up things, go from intense to hyperintense, and the amount that Mark doesn’t know in this scene and how he reacts add an extra layer of palpable tension to the proceedings.

Since we just mentioned Cecil, though, we have to take a moment to address what a great character he is. The ultimate pragmatist, Cecil Steadman, is so fantastically portrayed by Walton Goggins that his dimensions become almost infinite. When he says wistfully, “That’s why I hate me too,” you really feel the burden of his responsibility to this world and the human race.

On the note of wonderful voice acting, Steven Yeun is absolutely killing it as Mark Grayson/Invincible. The amount of emotion he can channel into his character makes you always want to root for him, even when he’s not behaving in the best of lights, like in parts of this latest episode.

Still, with the chickens coming home to roost at last and Omni Man’s duplicity revealed to the entire world, it looks like Invincible is setting us up for one hell of a finale. Let’s hope this series gets renewed for a second season as I, for one, am not even close to ready to say goodbye.

Invincible S1, E8: “Where I Really Come From” Delivers a Bloody Blitz of a Finale