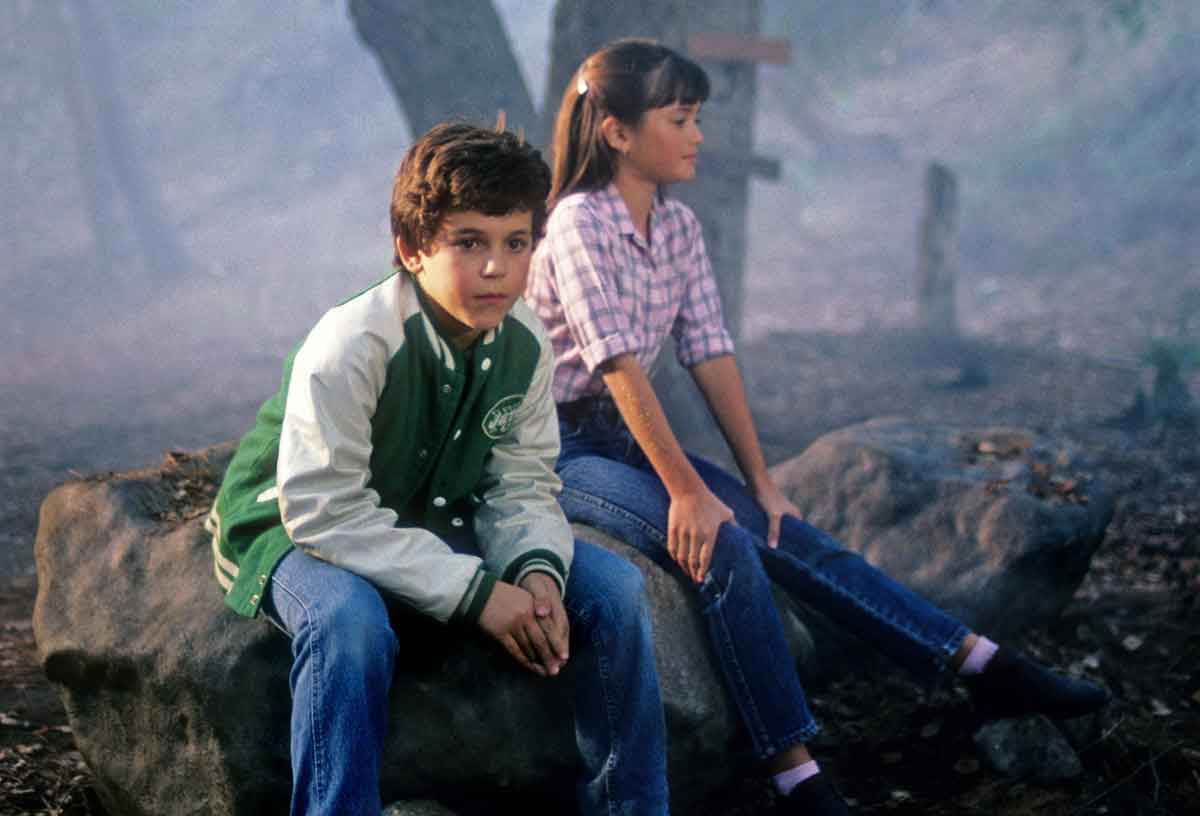 Created by Neal Marlens and Carol Black, The Wonder Years tells the story of Kevin Arnold (Fred Savage) as he faces the trials and tribulations of youth while growing up during the 1960s. Told through narration from the perspective of an adult Kevin (Daniel Stern), the character recounts his adolescent years in suburbia as a mishmash of major world events and personal childhood traumas.

When the series began, it was set in the historically significant year of 1968. Using the backdrop of a transitional time in America’s history, the coming-of-age tale brings emotion and context to moments that would shape a nation. Yet, it’s surprisingly the smaller moments that chart the rocky terrain of childhood that we remember most. Snapshots of adolescence, from baseball games and holiday dinners to school dances and a first kiss, and all the moments in between, are what makes The Wonder Years so timelessly appealing. Almost anyone who was a teenager living in North America can relate to Kevin’s personal adventures. The Wonder Years is both a nostalgic time capsule and an ode to growing up and parenting.

For a show made in the late ’80s about the late ’60s, The Wonder Years was miles ahead of its time and garnered a Peabody Award in 1989 for pushing the boundaries of the sitcom format while using new modes of storytelling. From Kevin’s first kiss with Winnie Cooper to their 4th of July fight, The Wonder Years captured the hearts of audiences and critics alike as fans shared in the friendships and the ups and downs of the Arnold family. This realistic, single-camera spin on the traditional family sitcom was unlike anything else on television, and decades later, it stands the test of time.

For a series rooted in the trappings of the American suburbs, with all the classic sitcom tropes present, The Wonder Years is a benediction. It showed us what television could (and would) be, and far more importantly, what life actually is. Set in and around a cookie-cutter neighbourhood where nothing spectacular ever happens, The Wonder Years extracts truths out of what appear to be life’s most random moments. The series is unique in that it is all from Kevin’s point of view but told from two vantage points: young Kevin’s naive view of life growing up and, his older and wiser recollections via voiceover courtesy of Daniel Stern. No show on television has since captured the pangs of a boy’s adolescent existence with such poignancy and humour. Black explained, “We liked the concept that you could play with what people think and what they’re saying, or how they would like to see themselves as opposed to how the audience is seeing them.” The narration used in The Wonder Years is unlike any used before or after in a television show — it is truly amazing and both simple and poetic.

The ace-in-the-hole is Fred Savage, who was only twelve years old when he appeared in the lead role, but who outshone his co-stars every step of the way. Savage was more than capable of handling the episode’s sharp emotional arc and was praised for his complex depiction of the teenage boy who had to deal with various problems, including star-crossed romance, peer pressure, loss, and above all, wonder. With his eyebrow raised and his New York Jets jacket, Kevin Arnold won the hearts of teenage girls everywhere. Though Fred Savage has made the transition from actor to producer and director of shows like It’s Always Sunny in Philadelphia and Party Down, his Kevin Arnold persona is something that’s going to follow him forever.

The series also has the honour of claiming one of the greatest TV pilots ever produced. With the pilot, director Steve Miner (Friday the 13thseries) and writers Neal Marlens and Carol Black introduce Kevin, his family, his friends, and the newly renamed Robert F Kennedy Junior High. As the first entry in the series, the pilot features two life-changing moments for Kevin, starting with the death of his neighbourhood idol Brian Cooper, and his first kiss with the love of his life, Brian’s sister Winnie. Even a generation of free love didn’t make Kevin and Winnie any less nervous about kissing, nor did the actors, who in real life also shared their first kiss. In the pilot, we are also introduced to Kevin’s boorish older brother Wayne (Jason Hervey), his sister Karen (Olivia d’Abo), Paul, and his parents, Norma (Alley Mills) and Jack Arnold (Dan Lauria). The pilot episode of The Wonder Years is just so seminal, striking all the right chords and creating a moving and memorable viewing experience right to the end.

The pilot aired on January 31, 1988, following ABC’s coverage of Super Bowl XXII, and went on to achieve a spot in the Nielsen Top Thirty for four of its six seasons. After only six episodes aired, The Wonder Years won an Emmy for best comedy series in 1988. In addition, at age 13, Fred Savage became the youngest actor ever nominated as Outstanding Lead for a Comedy Series. The series won a total of 22 awards and was nominated for 54 more. While it does feel, at times, like an after-school special, its tingling observations, unforced comedy, and quirky, enduring charm shows how an ordinary life can be reflected in an extraordinary way. And though The Wonder Years was made to represent a specific time and place in American history, it’s universal enough not to show its age. For the most part, the humour still makes me laugh, and the character work and writing are done with such great depth that you feel as if you are watching these characters actually grow up in front of your eyes. The Wonder Years truly holds up as something special — a coming-of-age sitcom, avoiding the usual multi-cam and common laugh track featured in sitcoms,  and told in a long-form episodic format, the series set itself apart from other shows of its time.

Trapped in a struggle between the network and the producers, The Wonder Years wrapped its sixth and final season in May 1993, and not how many would have liked. As Kevin and his childhood friends matured, the producers wanted the storylines to mature as well. According to various sources, the original script hints that Winnie and Kevin make love in the barn. The network thought it was too risky to present Kevin’s sexual awakening because of the “gentle tone of the series and, most importantly, the 8 p.m. time period.”Each episode focused on some aspect of Kevin’s life, but it was his on-again, off-again romance with Winnie that most of us remember best. It’s the backbone of the entire show. Compared to TV teen couples today, Kevin and Winnie are the real deal, and so fans were somewhat disappointed with the ending, in particular knowing that Kevin and Winnie don’t end up together (the series-ending narration tells us that Winnie flew to France for art school while Kevin stayed at home and married another woman). Still, even with the botched ending, The Wonder Years remains an important body of work that celebrates everyday life as a heroic achievement.

Set to a phenomenal soundtrack, with literally hundreds of classic songs, including the series’ theme song (Joe Cocker’s rendition of The Beatles’ “With a Little Help from My Friends”), music is an integral part ofThe Wonder Years. The expense of securing the rights to use the songs is the main reason why The Wonder Years took so long to be released on DVD. The Wonder Years Complete Series (see photo below) comes in a collectible metal locker like those at Kennedy Junior High and includes two notebooks with detailed episode information, production photos, all 115 episodes, and over 23 hours of bonus features. Exclusive bonus features include the first cast reunion in 16 years, and fresh interviews with all 7 main cast members, the creators, the narrator, guest stars, and much more! There are also ten newly-produced featurettes and never-before-seen outtakes of Kevin and Winnie’s first kiss!

The Wonder Years remains an important milestone in television history, serving as an inspiration to television’s resurgence in recent years. It is essential viewing and one of the greatest shows ever made.

Star Wars: The Bad Batch Continues The Clone Wars With Elegance And Frustration