Having recently wrote about how the second season of Castlevania appeared to be dragging its feet for roughly half of its 8 episodes, let me be the first to say that, holy shit, is there a pay off coming your way. “For Love” may rest on the cusp of too little too late, but it does in 25 minutes what the rest of the series had yet to accomplish: turning Castlevania from a good show to a great one.

While the slow pacing of season 2 has been a jarring contradiction to the no holds barred romp of Castlevania‘s first season, it seems that the writers of Netflix‘s Gothic odyssey have truly saved the best for last in regard to this particular branch of the story. 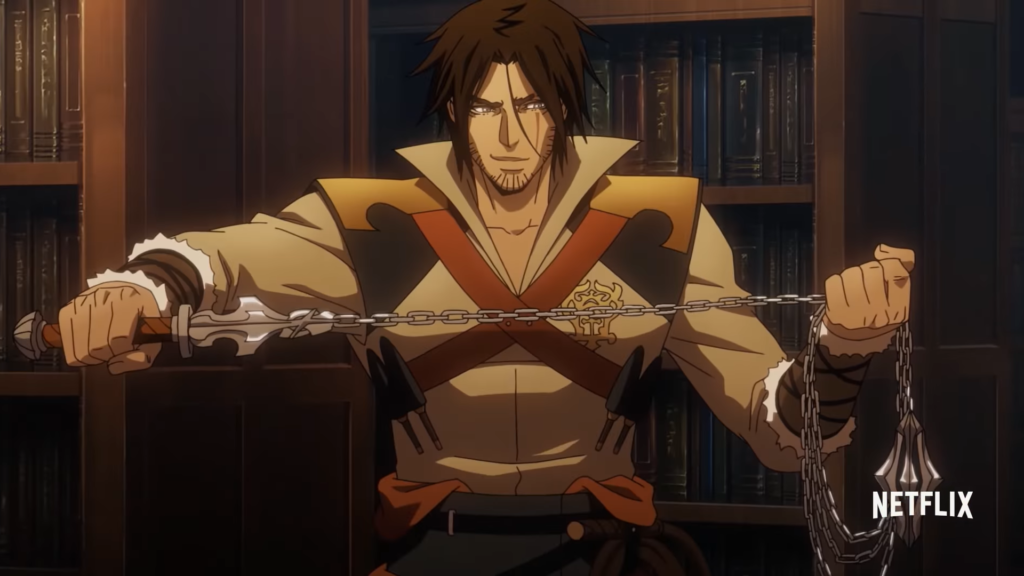 Several plot lines of Castlevania are paid off wonderfully in the penultimate episode of its second season.

With Dracula’s abode now in sight, Trevor, Sypha and Alucard enter the dark lord’s keep at last. Though the second season, up until this point, had seemed to suggest that we might not see this moment until the third season, a last minute curve ball in “The River” shifted the away game to a home bout, and boy-oh-boy what a bout it is!

Our first hint that things have changed is the appearance of the infamous blood moon reflected in a lake of flowing water as the doors to Dracula’s keep open at last. However, it isn’t until our heroic trio crosses the threshold and enter’s Dracula’s court that we know that it’s actually happening. The battle is here. 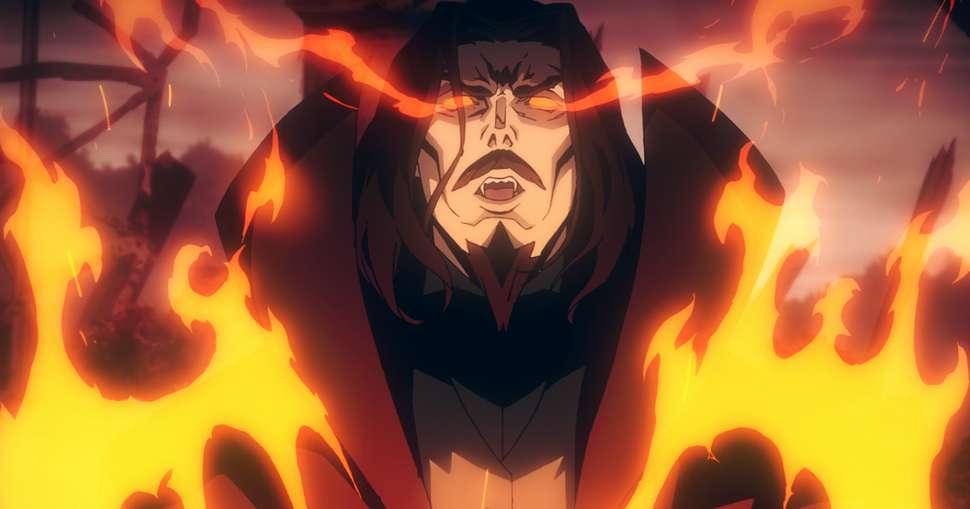 As Dracula shows the full extent of his power for the first time, the scale of Castlevania ramps up considerably.

Now, considering the pacing of season 2, viewers could be forgiven for thinking this would be a long, drawn out affair. Belmont, Sypha and Alucard make their way through the castle, facing one obstacle after another before a cliffhanger ending leads into season 3. Honestly, that might’ve even been kind of cool, as it would have been the closest this adaptation of Castlevania could come to emulating the experience of the game.

Instead though, Castlevania goes for it big time in an all out series of increasingly elaborate battle sequences that will have you on the edge of your seat. All the stops are pulled out as iconic moves and transformations from the series make their first appearances here, and Dracula shows for the very first time why he’s such a dangerous, formidable and unstoppable force of blood-stained evil. 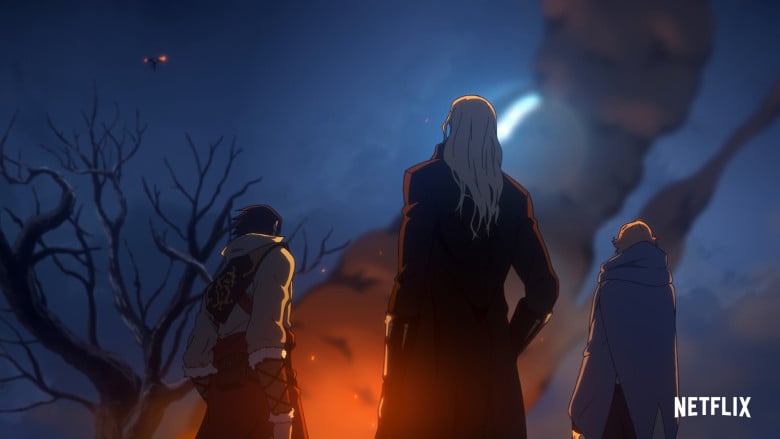 All of the characters get a chance to shine at last as a no holds barred battle begins between the Dark Lord and those who oppose him.

With fast-paced action, an all-out battle that fires on all cylinders and a surprising amount of emotional heft, “For Love” is by far the finest episode of Castlevania yet. The only question now is how can they possibly follow it up? As we head into the finale of our vampire slaying second season, this is the question on the tip of our fangs.