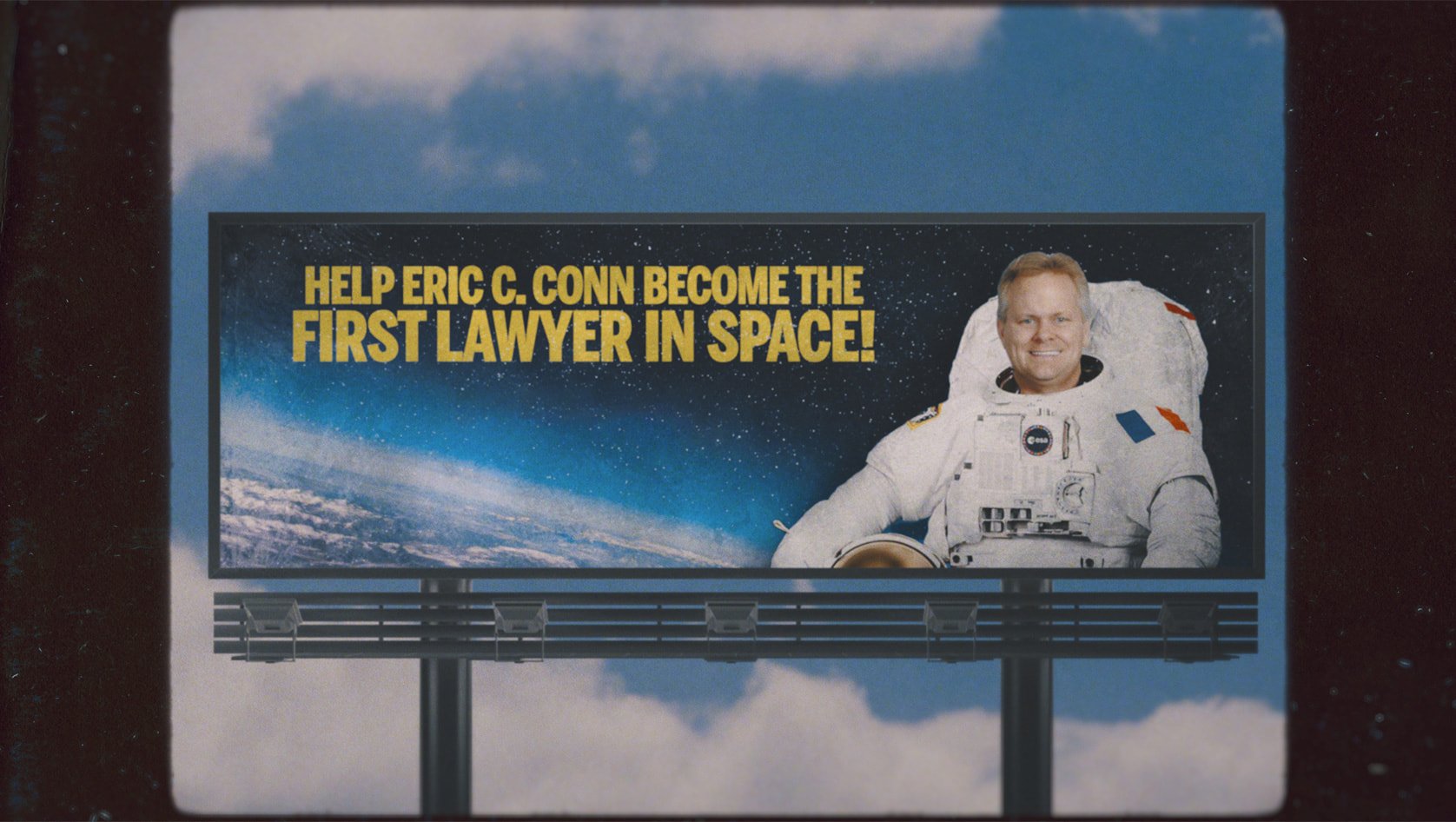 The Big Conn, a new, four-hour true-crime documentary that debuts Friday on Apple TV+, lacks the sexiness of much of the true-crime series. There’s no murder involved, and not much in the way of sexuality and the crime is of a complex financial variety.

If the main protagonist weren’t such a wildly colorful character, it probably would have been boring. But because he’s not boring, the show is at least watchable, even if the four hours could probably have been very easily reduced to a 90- or 100-minute feature documentary. The directors, James Lee Hernandez and Brian Lazarte, previously made HBO’s McMillions, another true crime docuseries that was considerably longer than it probably needed to be.

The Big Conn is the story of Eric C. Conn, a prominent and successful attorney in Kentucky who represented people with Social Security claims. Known as a big personality who starred in his own TV commercials, Conn ended up going down for his part in a conspiracy, which also involved two judges, that’s been called the largest Social Security scam in U.S. history.

Like Joe Exotic, Conn made humorous TV commercials and had an unconventional marital history. Conn has been married 16 times- which is, by his own admission, only an estimate. But while this is an odd story, it’s not quite so over-the-top as Tiger King and its various imitators.

Conn, who is believed to have stolen somewhere in the hundreds of millions of dollars, at one point fled for Central America but was ultimately caught and sentenced to decades in prison. He appears in the series in a great deal of archival footage, and also in phone calls from prison; the filmmakers also make use of an unpublished manuscript, presumably for Conn’s memoirs.

There’s also plentiful footage from a local TV news show called Hey Kentucky, which appears to have entirely ripped off its aesthetic from the ESPN show Pardon the Interruption (though it’s far from the first news show to do that.)

We hear from government investigators involved in the probe, a couple of whistleblowers, and other experts who demonstrate just how broken the Social Security system is. Also featured are some of the people who had their benefits stolen as part of the scam, and it’s made clear that Conn’s crimes had terrible real-world results, including multiple suicides.

The series’ best talking head, though, is Mason Tackett, a burly, overalls-clad good ol’ boy who holds forth about the case from a barstool. He didn’t have much to do with anything — he once wrote a rap song for Conn’s operation — but was likely included so much because he’s got a bigger personality than anyone else in the series.

The series has some twists and turns, especially in the part where Conn flees the country. But the doc keeps making baffling decisions, especially when it continually returns to a James Bond metaphor that doesn’t make any sense.

Even though it’s too long, The Big Conn is a worthwhile look at a case that made little news outside of Kentucky. That said, I don’t expect it to set the world on fire.