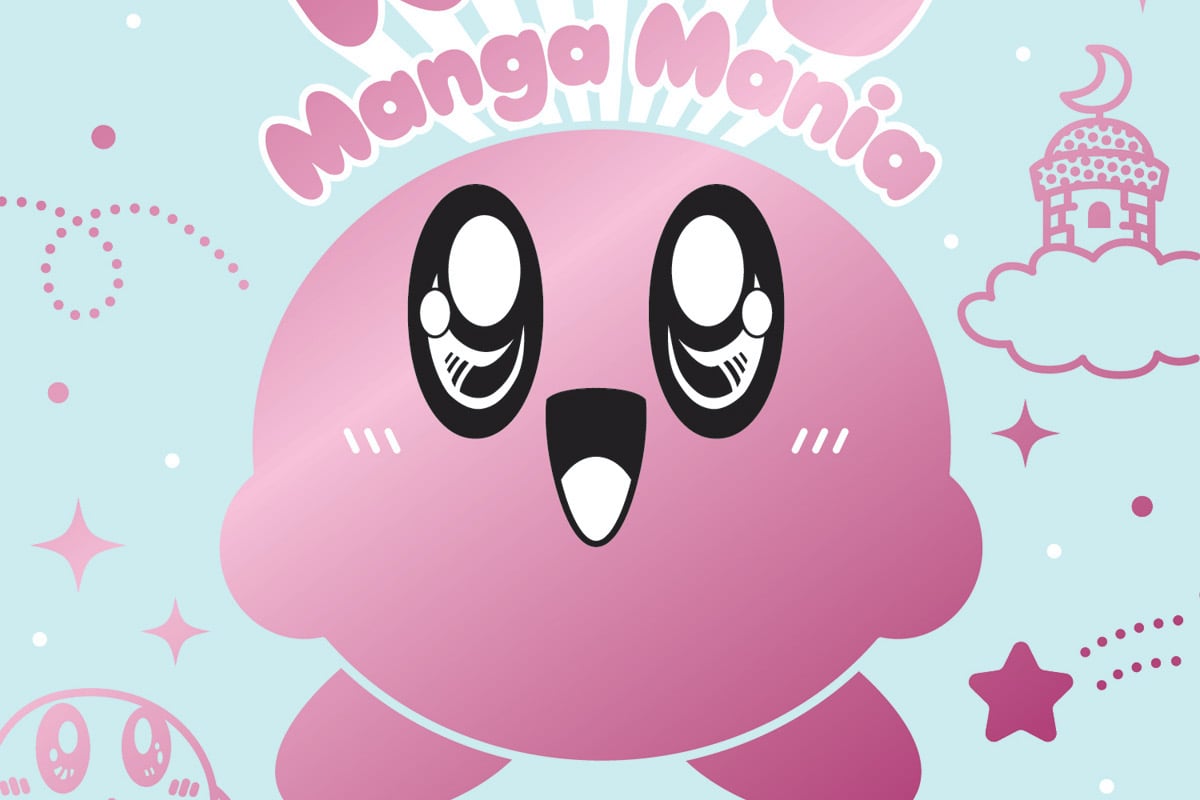 Over a decade ago when it was only harboring a fan-translated title, “Kirby of the Stars: The Legend of Dedede in Dream Land” from artist Hikawa Hirokazu was the first Japanese Kirby manga HAL Laboratory’s iconic mascot starred in that almost made landfall in the west. Despite VIZ Media’s successful collaborative efforts with Nintendo and its second-party developers at the time to create English localizations of their manga adaptations, the release of the Kirby series strangely vanished from the company’s listings of future products shortly after the announcement of a localization in 2009. With Pokémon and The Legend of Zelda reaching critical acclaim and high sales over time in the western manga space, Kirby fans were left wondering why Dream Land’s first print in the medium outside of Japan was suddenly canceled. While its history is still a complete mystery, after all these years VIZ Media has finally been granted the opportunity to uphold their original promise to the fandom of the pink puff. It may not be entirely worthy of filling an insatiable appetite, but Kirby Manga Mania is a merry lot of madness fans should not skip out on.

While many Americans are likely unaware of its existence, out of all Nintendo’s mascots Kirby has surprisingly attained a considerable number of manga over time that ranges from comedic family-friendly fun to arguably thought-provoking media. What could the premise of a Kirby manga possibly be you may ask? Perhaps the title and character speak for themselves, but to keep things as simple as they get, in relatively the same vein as his delightful anime Kirby Manga Mania’s first volume is a collection of stories that each follow a one-shot premise. With Kirby and King Dedede in the spotlight, the two arch-frienemies often find themselves in a ridiculously sticky situation that prompts each other to make some questionable choices. A problem is introduced and after some quips and action, a resolution is discovered. Whether it is focusing on a party, a battle, or even greed, every chapter follows the same structure. Unlike Kirby’s other later manga appearances, Mania‘s earliest run focuses on being an anthology that can be enjoyed in any order as it contains no outright overarching story.

The vast majority of the stories focus entirely on just being flat-out comedic, but occasionally one or two will actually contain a rather heartfelt theme — nothing massively impactful due to the execution, but still valuable enough for a reader to legitimately take home. While the manga is definitely not as educational as Pokémon, The Legend of Zelda, or even Splatoon’s run per se, this iteration does certainly touch upon themes such as the values of friendship through its persistence in humorous violence and pettiness. Not every story in the manga is a winner when it comes to its final punchline or theme, but for the most part volume one’s selection of tales is absolutely serviceable and definitely a fine introduction to a series that ran for over 25 volumes in Japan. Kirby and King Dedede do take up an overwhelming amount of the book as the gullible protagonist and antagonist are always the two key players, but that is not to say that the other additions to the cast are unnotable by any means.

Due to the time in which the first volume of Kirby Manga Mania initially released (1994), the majority of the first volume’s reoccurring cast consists of only characters from the Game Boy and Super Nintendo Kirby’s Dream Land trilogy of games — the main animal friends Rick, Kine, Coo, and Gooey without a doubt make the most appearances out of the group but occasionally characters like Nago, Chuchu, and even Pitch are slapped into the mix through minor roles that are mostly utilized for either a one-liner purpose or just to keep up with consistency within the artwork. One character unique to the manga who does have a significant role in the story though is King Dedede’s servant Poppy, a Poppy Bros. Jr. who first filled the sidekick chair that Bandanna Waddle Dee and Escargoon would sit in long before either came into fruition.

On the subject of characters, where Kirby Manga Mania differentiates itself from just about all other Kirby media is the fact that the titular lead talks. 1994 was part of an odd period for the pink puff as creator Masahiro Sakurai dabbled between keeping his creation to either saying very few words or generally a lot. The former may have rightfully stuck forever, but Hikawa Hirokazu shines in the latter’s era of giving Kirby a voice. Like how King Dedede is typically portrayed, Kirby here is played off as a bit of a goofball — although one with good intentions that rivals the selfish ruler of Dream Land. Speaking of the penguin though, while King Dedede’s personality and speech patterns always stay consistent if there is one area where the manga really struggles it is in drawing the character consistently. The art of Kirby Manga Mania sticks to presenting an adorable art style with large-eyed characters and all-around cute visuals, but King Dedede is constantly swapping between being just that or weirdly grotesque. It is a shame that Hirokazu did not stick to one or the other as he oftentimes draws Dedede to the story’s needs, but it is nothing to go on a rampage over.

Outside of original characters who almost always make one-time appearances and reinventing iconic veterans for a written space though, Kirby Manga Mania does not strive to do anything notably significant for the franchise or genre it tackles — which is ultimately fine, all things considered. Before Kirby Right Back at Ya and the manga that would originate during the early 2000s, the world of Dreamland had simply one purpose. Masahiro Sakurai wanted his universe of cute characters to be a relaxing though mildly challenging game series that entry-level gamers and veterans could both enjoy at their own leisure. Simplicity has always been a recurring theme from a design perspective in all of Kirby’s mediums no matter whether audiences are looking at his five-hour games or twenty-minute television programs. Kirby Manga Mania succeeds on living up to the creator’s sentiment. It is simplistic, intended for beginners, and enjoyable for veterans all at once. It may not provide more canon lore to the series or expand upon new ideas that would later impact it, yet for its time it demonstrated the same core idea as that aforementioned successful anime: perhaps there is more to Kirby than just being cute. Kirby can drive stories whether they be for comical effect or heartfelt escapades.

Kirby Manga Mania’s first volume is a short and entertaining read clearly intended for younger audiences, however, it is something that all fans of the adorable pink puff will still be able to get a kick out of. It is clearly a series that was finding its footing while making its way into magazines, yet it still managed to retain a consistent tone and cast of characters who rely on well-executed slapstick comedy. It may not be the best representation of Kirby from a modern standpoint but even after over two and a half decades since its debut, it is still well worth a laidback afternoon peruse. VIZ Media’s localization of the first manga set in Dream Land had been long-awaited by fans for years and the result does not disappoint. With the combination of a familiar atmosphere stacked on top of some legitimately comedic moments worth grinning over, this manga will certainly be a welcoming surprise for Kirby fans seeking more media on Planet Popstar as HAL Laboratory continues to work on the next game in the franchise.

If you love Kirby and are the slightest bit intrigued by the charming cover art then Kirby Manga Mania is no doubt worth checking out! It will certainly be interesting to see how Hikawa Hirokazu’s iteration of the character evolves over time when future volumes release. Kirby Manga Mania Vol. 1 releases on Tuesday, June 8th!

The Legacy of Berserk: A Tribute to Kentaro Miura