Love stories in fiction are a dime-a-dozen, with most works containing some form of romantic subplot involving the characters. Romance in fiction usually forms some tension and stakes in whatever series it is a part of in order to create more investment in the characters, but it can be incredibly hit or miss overall. Stories revolving around romance exclusively are usually filled to the brim with comedy in order to entertain the audience using laughs rather than truly developing the characters, but luckily this is not the case in the slightest for Kase-san and Morning Glories. Kase-san is a story of the growing pains that come with a new relationship, with plenty of heartwarming moments and a duo of characters that are among the most endearing and adorable in anime history. Rather than being a story about two girls falling in love, Kase-san is a story of two people in love that happen to be girls, and their budding love for one another as they go through their final year of high school. Very few anime films tackle romance in the same way that Kase-san does, but the down-to-Earth realism of the movie makes it all the more easy to be entranced and relate to the pair of lovebirds. 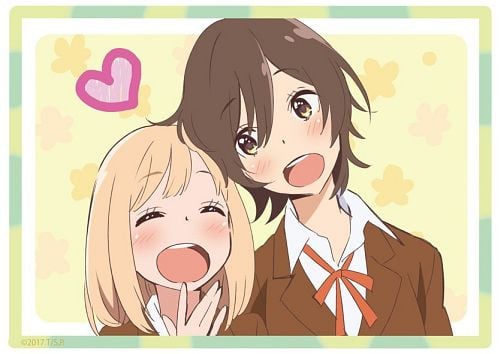 Yui Yamada is the shy gardener of her school, waking up every day with the intent of weeding the school and caring for her plants to her best effort. While performing her daily duties, she slowly becomes closer to another girl, Tomoka Kase, who is the school’s track and field star and incredibly popular. Despite this immense difference in social status, the two manage to become friends and grow closer, causing Yamada to slowly fall in love with Kase. To both of their surprises, the pair feel mutually about one another and begin to go out. However, Yamada quickly realizes that she has no clue what to do in a relationship, and the pair end up finding out just how much they truly care for each other throughout their senior year of high school.

Despite being an hour long OVA, Kase-san and Morning Glories does a fantastic job of immediately investing the audience into the relationship of Yamada and Kase. The two characters are extremely cute and watching Yamada stumble through the many trials and pitfalls that come with relationships feels organic and natural without ever reaching melodramatic levels. The many situations which the duo find themselves in feel very natural, with roadblocks such as school life and jealousy being relatable for most people who’ve gone through their first high school love. Yamada and Kase’s flustered and embarrassing moments highlight the warm and fluffy love which the pair share for each other, which transmits directly to the watcher as it’s a wonderful time watching the two interact. 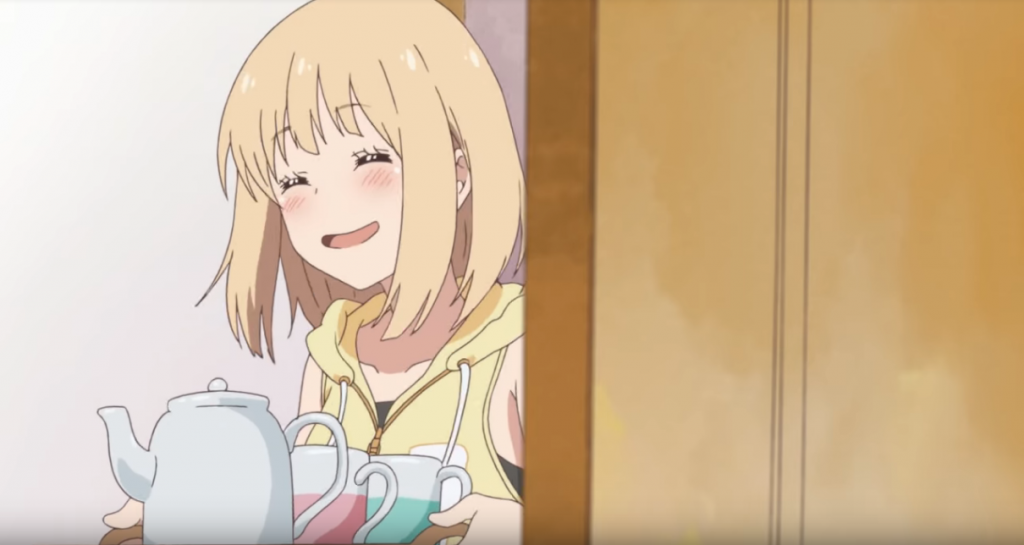 One of the biggest strengths of Kase-san is the fact that the film never glorifies or fetishizes the relationship between the two leads. There are plenty of animated shows or films in which the gay characters are used more for fanservice than anything else, without truly fleshing them out and expanding their relationship beyond just being ‘the gay couple’. Kase-san never felt like it was playing up the relationship, and truly respected the characters more than most other LGBT relations in anime tend to. Rather than being about the fact that two girls are in love, Kase-san and Morning Glories is just about two girls that are in love.

Yamada and Kase’s cute and charming nature is aided heavily by the aesthetic of the film. The artstyle of the film is one of its greatest strengths, with the characters looking bubbly and soft — constantly blushing at the actions of one another throughout the movie. There is liberal use of exaggerated expressions and plenty of detail goes into the characters movements and surroundings, such as Yamada constantly sprouting seedlings on her head whenever she is excited or anxious. The backgrounds and scenery look gorgeous, with special care put into the high-quality look and animation of the flowers that Yamada is constantly taking care of, The only particular flaw with the animation comes down to minor nitpicks, with the biggest of them being the overuse of silent shots that are dragged on a touch too long to the point of being awkward. Studio Zexcs did a fantastic job of translating the original art of the manga to the big screen, and the effort put into presenting Kase-san in such a cute and faithful manner does wonders for the overall presentation. 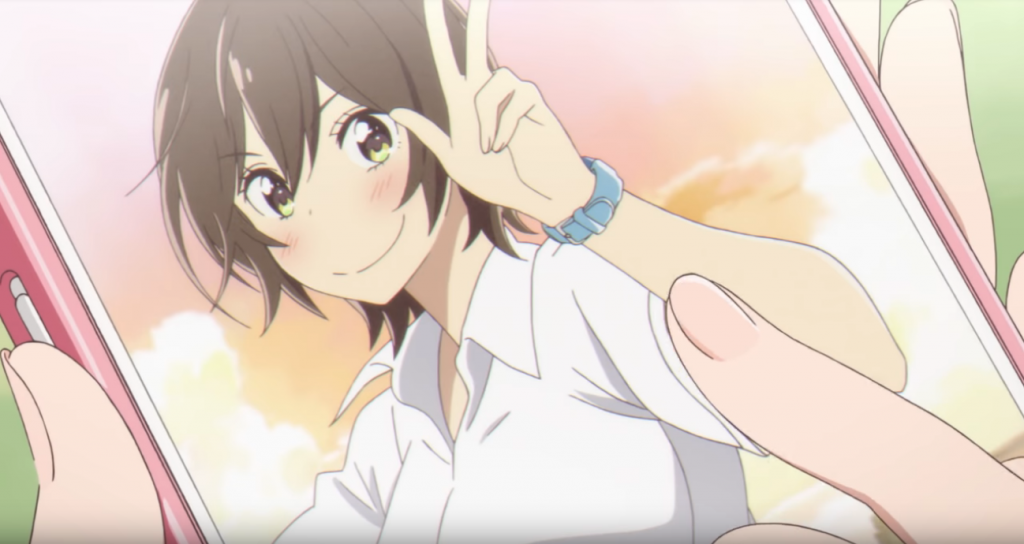 Unfortunately, the biggest detriment to Kase-san and Morning Glories is almost certainly its length. With only about an hour to present Yamada and Kase’s relationship, much of the movie is cut into different scenarios that don’t have too much cohesion between each other. Minor details in the scenes prior serve to clue the audience as to what is going on next, but it feels very episodic for what is a singular film. There are also a couple of moments that were cut from the manga, and the film ends about half-way into the mangas original run. The movie itself does not suffer from this fact, but it would’ve been fantastic to see how they continue on past the credits. At the same time, perhaps the most telling endorsement of the film is the fact that one might feel compelled to immediately read the manga in order to catch up on what happened to Kase and Yamada before and after the film takes place. A full-length anime could easily be made for Kase-san and Morning Glories, and hopefully this film is an indicator of more Kase-san to come.

There are few other stories that dedicate themselves entirely to romance and are as captivating as Kase-san and Morning Glories. There were no big twists and turns that the couple had to face (or a plot twist involving meteors), but what was present throughout the film did a fantastic job of presenting stakes that any person could relate to. Yamada and Kase are among the most adorable and heartwarming couples in recent anime history, and Studio Zexcs did a fantastic job of translating that relationship for the anime audience. The most unfortunate factor that prevents Kase-san from being something to recommend to everyone in an instant is the fact that there is no anticipated release date for international audiences, but when the film is out for everyone to get a hold of, it will be a purchase that no one will regret.

‘Kill la Kill’ Review: A Cut Above the Rest

‘Darling in the Franxx’ Check-in: Ending With a Whimper