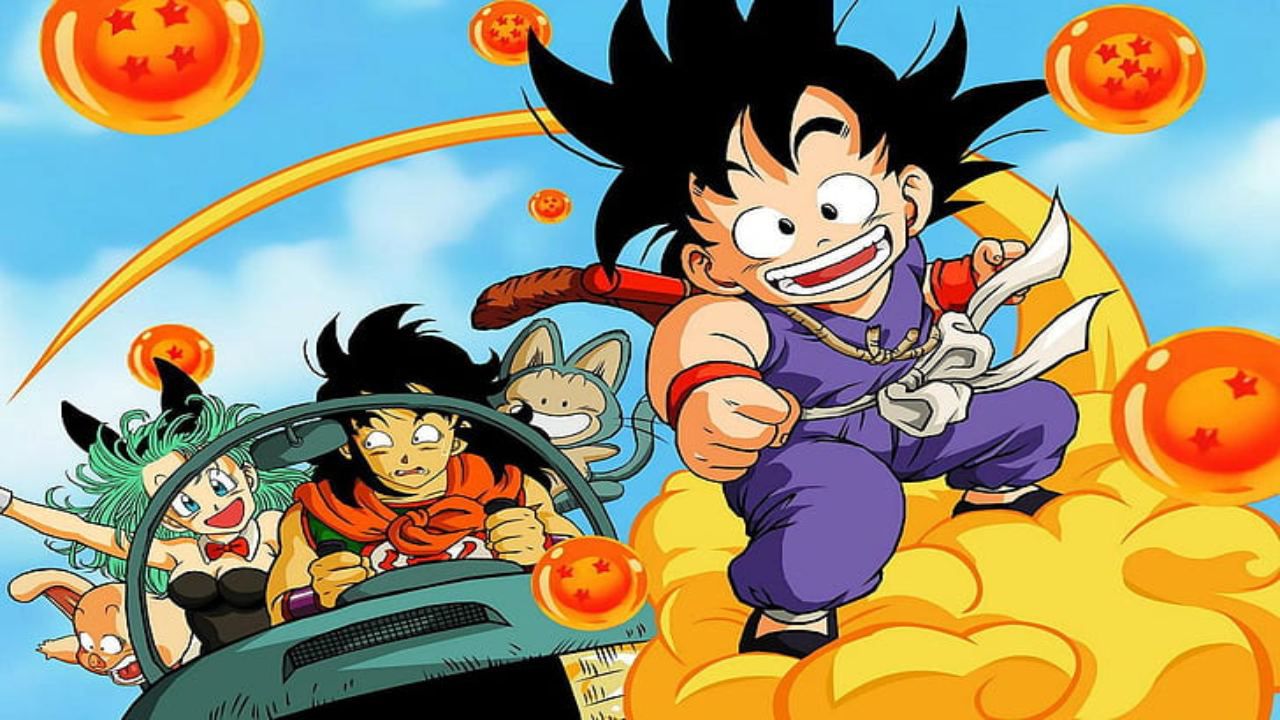 What are the similarities and differences between the anime and manga iterations of Dragon Ball? Renan dives deep to discover which format of Akira Toriyama’s masterpiece reigns supreme in ‘Adaptation Analysis’.

For as faithful as the anime can be towards its source material, such as in Muten Roshi firing off his first Kamehameha, there are multiple instances where Toei shies away from Toriyama’s established, or unestablished, lore in order to ease in their own details. In the manga, the Dragon Balls do not glow when in close proximity to one another. In the anime, this is the first detail about the Dragon Balls that the audience learns about. Likewise, Bulma’s explanation of the Dragon Balls is cut out in favor of intertwining it with the Pilaf’s introduction. They are minor changes of little consequence, but they set a precedent that ultimately lead to the anime creating plot inconsistencies down the road.

As virtually all material involving Pilaf is filler before the main cast formally meets him, this means that most of the settings involved with the Pilaf plot have no basis in the manga. This is hardly a problem, however, as the anime staff has a complete understanding of Dragon Ball’s visual style. Blending retro-futurism with a Chinese aesthetic, the world of Dragon Ball has a very specific visual identity, and the anime staff understands that. Their original settings, for the most part, evoke Toriyama’s level of care towards his world, prioritizing neither the Chinese influence or the retro-futurist. In both mediums, there is a give and take to the series’ visual flare.

The anime likewise uses a soft color palette to accentuate Toriyama’s rounded art style. Characters pop on screen even if the quality of animation isn’t up to the quality of Toriyama’s art in the manga. It certainly helps that there is not a single miscast in the Japanese voice cast for the series. Akira Toriyama even personally chose Masako Nozawa to be the voice of Son Goku after listening to her audition tape. There is a synergy to the entire cast that sells their performance that, coupled with Shunsuke Kikuchi’s score, gives the anime a very specific leg up over the manga. Toriyama’s panels come alive, but the anime’s characters are alive.

Unlike with later arcs in the series, it is not explicitly clear whether the manga or the anime does a better job at presenting the Hunt for the Dragon Balls arc. When it comes down to it, while it is an incredibly endearing story arc with clearly defined characters who develop alongside a whimsical world, there is a notable lack of focus that, even when viewed independent of what the series would become, gives the impression that Dragon Ball is missing something. Obviously, with hindsight and context, it’s clear what exactly the series was missing, but the first arc nonetheless suffers from a lack of proper thematic establishment.

This is not to say the arc lacks in strengths. Bulma, Yamcha, and Oolong are all fully realized characters who show off Toriyama’s ability to develop just about any character in a way that both feels natural and appropriate; Muten Roshi’s brief appearances shine light on the world of Dragon Ball and add more than enough intrigue to keep any skeptical readers or viewers invested in at least one more arc; and Goku, despite a notable lack of motivation and development, is a charming enough lead whose purity on every front makes him immediately likable.

The few fights that are in this arc also show off Toriyama’s choreography on a minor scale. Goku versus Yamcha is the only bout that in any way resembles the battles found in the rest of the series, but it’s a solid one to kick off the series with, featuring creative choreography on both sides, named techniques, and a fun sense of scale. The manga moves the arc’s action at a swift pace so never to bore the reader while the anime takes time to breathe in the world and decompress, both perfectly valid approaches to pacing even if incompatible.

Ultimately, it’s with the climax where it can be clearly determined which medium did the better job at presenting the first arc. The manga has Toriyama’s art and pacing on its side, but the anime has its presentation and foresight for what the series will become. In both versions, the arc’s finale involves Pilaf stealing the Dragon Balls and imprisoning the heroes only for Oolong and Pu’er to break out in an attempt to intercept the wish. Oolong wishes for panties, preventing Pilaf’s plans for world domination, but the cast is then sentenced to burn alive by sunrise.

It is in this moment of hopeless and desperation where, upon looking at the full moon, Goku becomes an Oozaru, a gigantic ape who subsequently breaks the heroes out before turning on them, requiring Yamcha to step in and save the day with Pu’er’s help. The drama of the moment is amplified by the reveal that Goku was the monster who killed his grandfather all along, although he doesn’t learn of this fact until much later on the series.

Conceptually, the Hunt for the Dragon Balls arc comes to a fine enough end with Goku gaining some added depth via his werewolf-esque transformation, Yamcha needing to save the day, and Pilaf being fully thwarted by Oolong. The problem is, in the manga at least, this is essentially all the climax amounts to. Although Toriyama’s fast pacing is a strength, it does not play off well with the events presented in the arc’s ending. Goku’s transformation especially, while momentous, is over and done with a bit too fast to carry the proper weight. Kame Sen’nin’s Kamehameha was only three pages, but each page had a proper amount of weight. The same cannot be said for the arc’s ending.

It perhaps goes without saying, then, that this is an area that the anime unquestionably improves upon. Rather than simply being caught by Pilaf, the main characters actually do manage to pull off a short lived break out. Ostensibly, its only purpose is to prolong the inevitable, but it’s a change that serves to give the arc’s finale more action. As it was written in the manga, the characters are virtually completely helpless until Goku turns into an Oozaru and, at that point, Yamcha is the only one who is able to handle the situation, albeit with help from Pu’er. A breakout puts focus on the cast as a whole and creates a scenario where every major character can participate.

On the subject of Yamcha, while he still remains the main character in subduing Goku, his arc is given far more emphasis in the anime than in the manga. Rather than transitioning right into Yamcha tearing off Goku’s tail, Bulma injures herself and Yamcha is forced to confront his fear of women by carrying her away from the wreckage. It is a minor change, and one that does admittedly fly in the face of Toriyama’s subtle approach to character writing, but it does work due to just how light the arc is in terms of content. The actual conflict with Goku is extended as well, making great use of his Oozaru form before Yamcha inevitably chops his tail off.

Pilaf himself gets a more explicit end to his character’s role in the story, falling victim to his own hubris by attempting to challenge Goku as a means of revenge instead of ending up in Oozaru Goku’s collateral damage like in the manga. While it is debatable whether or not Yamcha’s resolution in the anime improves upon his manga counterpart’s, especially in the context of Toriyama’s style of writing, allowing Pilaf to fall victim to his own flaws is simply better storytelling on the anime’s part, giving a character who had no arc at least something resembling one.

Hunt for the Dragon Balls, as a story arc, is presented just a tad better in the anime than it is in the manga. While the latter has Toriyama’s fantastic art and paneling coupled with a brisk pace, the anime’s slower, more methodical approach allows for the cast to feel more defined in an era where Toriyama was still discovering what he wanted to do with the series. It is unfortunate that the anime neglected to do more with Goku’s character, perhaps by peppering in hints of a desire to grow strong or simply better himself, but it is ultimately for the best that they remained faithful to the source material.

In neither medium is the Hunt for the Dragon Balls arc the best arc in the series. Nor is it the worst. It is a fine enough introduction to the world of Dragon Ball that transitions nicely into the 21st Tenkaichi Budokai. As Goku splits away from his friends at the end of the arc, it is clear that Toriyama intends to push not only his character, but Dragon Ball as a whole, forward into the future.

‘Is the Order a Rabbit?’ is the Ultimate in Winter Coziness