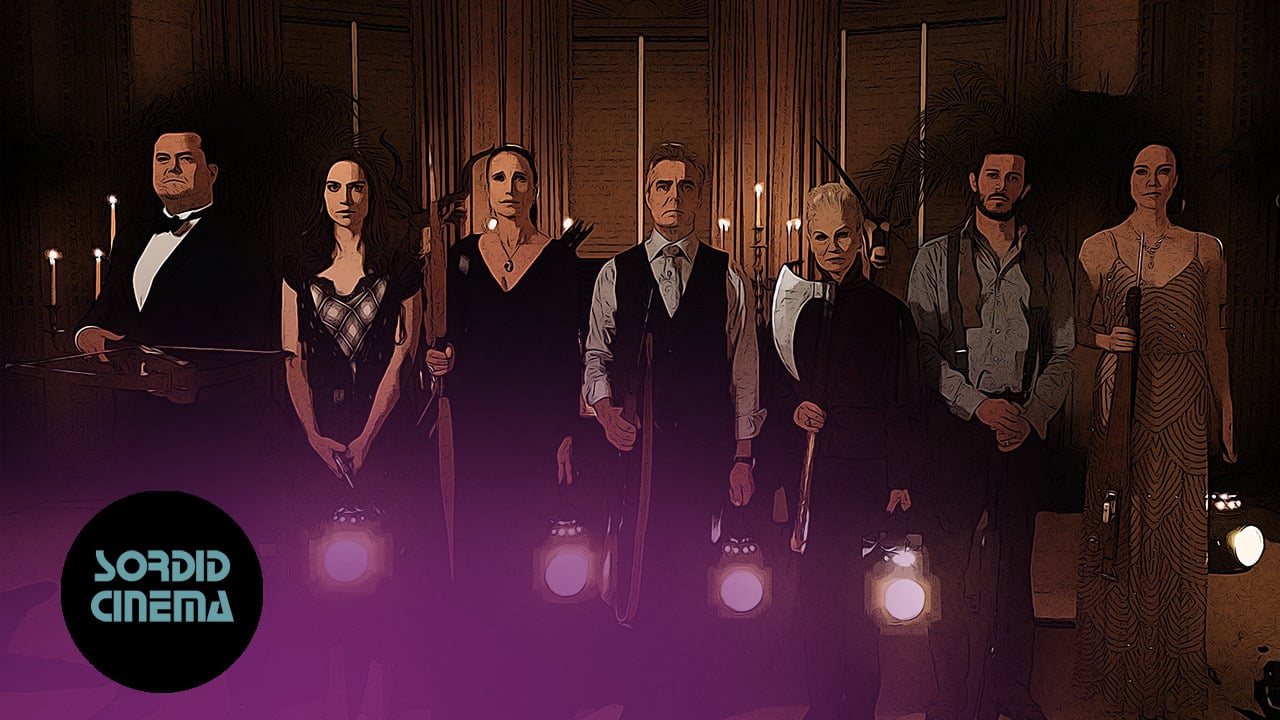 Ready or Not Podcast Review

After catching the world premiere of Ready or Not at the 2019 Fantasia Film Festival, co-host Ricky D wondered if the film’s thrills would hold up away from the adoring crowd. Thus, this week the Sordid Cinema Podcast counts down from 100 and fans out in all directions down the labyrinthine hallways to find both the overt and hidden fun in the wonderful premise of a bride participating in a deadly wedding-day tradition. Sure, there could have been a more clever script, and maybe the lore could have used a bit more (or less) fleshing out, but there’s no denying Samara Weaving’s great performance, or some biting scenes involving a nail and the mystery of a possible curse.

Patrick Murphy and Simon Howell join Rick to talk about the entertainment one can get from questioning screenplay choices, debate over which characters could have been expanded or further hidden, and revel in the blood-soaked finale. Along the way they make numerous comparisons to similar films (The Hunt may come up once or twice), enjoy the ambiguity of the supernatural, and wonder just why this incredibly wealthy family owns goats. For all that and more, have a listen!