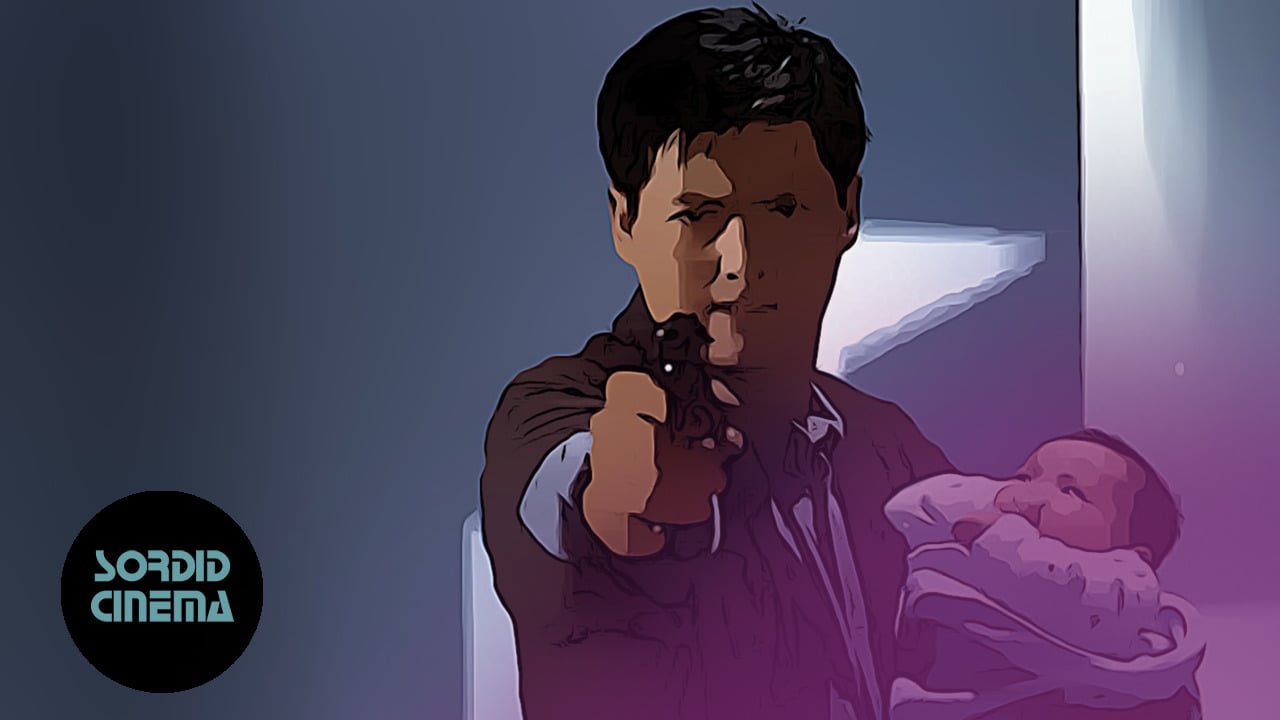 This week on Sordid Cinema, we travel back to 1992, and for the first time ever on the podcast, we sit down to review a John Woo film. And not just any John Woo film, but arguably one of the single greatest action movies of all time. It’s one of Woo’s masterpieces and along with A Better Tomorrow, The Killer, and Bullet in the Head, it helped revolutionize Hong Kong action cinema! That’s right folks, we finally get around to discussing the effortlessly cool Hard-Boiled.

It’s safe to say, Hard-Boiled is a masterpiece of action filmmaking and the ultimate expression of everything Woo became famous for. It’s perhaps the granddaddy of a genre once known as Heroic Bloodshed (a term invented by Rick Baker) and it boasts one of the greatest set-pieces ever put to celluloid— a legendary explosion of gunfire and pyrotechnics that takes up the film’s final hour.

In this episode, we break down all three major action set-pieces, from the opening tea house sequence which features two iconic shots of Chow Yun Fat to the warehouse raid where Johnny Wong seizes control of the Triad gangs, and to the climactic siege on a hospital involving hundreds of extras including a dozen or so newborns trying to escape while the building around them goes up in flames.

Expect to hear us gush over Woo’s direction, the movie’s famous unbroken three-minute tracking shot, Michael Gibbs soundtrack, and of course, the stellar performances from Tony Leung, Chow Yun Fat, and Philip Kwok as the eyepatch-wearing maniac Mad Dog, who’s acting and stunt work, often is overshadowed by his co-stars.

Sit back, relax and get ready for a wild ride. This might be the most action-packed episode of the Sordid Cinema Podcast yet!

Sordid Cinema Podcast Rewind: Point Blank is One of the Greatest Crime Films