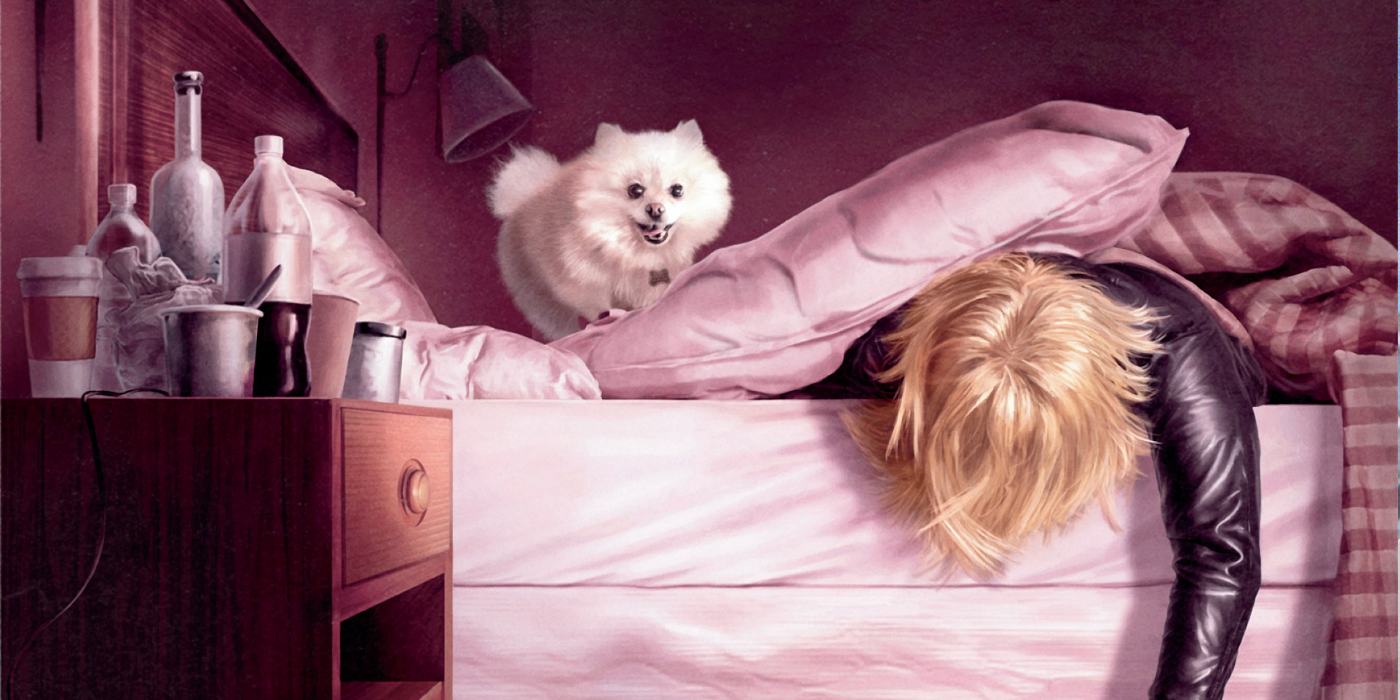 After all these years, is there any doubt that Juno is now a dirty word? Jason Reitman and Diablo Cody’s first collaboration, which turned the latter into a household name thanks to her unlikely career path, can also retrospectively seen as presaging a particular kind of loathsome indie-quirk comedy, the likes of which still manifests itself a half-dozen times a year, often nabbing some semi-significant Sundance prize. Their second movie together, Young Adult, is not only emphatically not of a piece with that film, it sometimes feels like its anti mirror, a bitter, sometimes shockingly brusque character study with hardly an inch of wasted celluloid.

Eager to rip it up and start again, young-adult-lit novelist Mavis Gary (Charlize Theron, utterly convincing as a different sort of Monster), who’s been toiling away at an overdue draft of the last installment of the vapid series she barely gets credit for, decides on a whim to head back to the small town she came from in order to win back her high-school sweetheart Buddy (Patrick Wilson). The only hitch is that Buddy is already married with a newborn daughter, but in the eyes of the freakishly over-confident Mavis, this is merely a hurdle to be launched over. Upon her arrival, the warmest welcome she receives is actually from Matt (Patton Oswalt), a geek and social outcast she paid no attention to back in their school days, but whose blackened cynicism (he’s permanently injured, thanks to a mistaken hate crime, and trapped in a town he hates) matches her own.

Young Adult deploys some of the same tricks as Juno, but generally in the service of sly subversion. In of the most instructive credits sequences in recent memory, Mavis sticks a favorite old mixtape given to her by Buddy into her Mini’s tape deck, and Teenage Fanclub’s “The Concept” kicks in, with the opening verse’s Status Quo-mocking lyrics cruelly informing the rest of the movie. As Mavis stops the track and rewinds before the second verse can kick in – repeatedly – we are immediately let in on several key aspects of her psychology. Sure,  Bandwagonesque (the album “The Concept” opens) was Spin’s Album of the Year back in 1991, but now it seems like an also-ran next to the likes of Nevermind and Loveless. Similarly, though Mavis got out of Mercury and made somewhat of a name for herself out in the Big City (here represented, crucially, not by New York, but by Minneapolis), she’s still nowhere near as big a fish as she’d dreamed; instead, she’s a bitter, alcoholic divorcée trying desperately in both work and life to remain in what she sees as eternal her glory days. Mavis’s obsession with semi-obscure rock of the early 90s – in cassette form, no less – isn’t ironic, but it’s not straightforward, either. When the band pleads in harmony, “I didn’t want to hurt you,” does Mavis see herself as the wronged girl in denim, or, even more delusionally, as the heartbreaker?

As with the obsessively material-oriented Up in the Air, Reitman keeps a keen eye on the minute details of Mavis’s existence and, in particular, the careful maintenance of her looks, which can charitably be described as a “production.” Between the manicures, pedicures, hair weaves, and makeup, Mavis seems to spend her life in front of the mirror, which is only too appropriate given her pathological narcissism. For Oswalt’s anti-hero, who shares Mavis’s sense of self-pity but few of her other sins, “upkeep” simply means making sure the Dead Kennedys sticker on his cane stays visible. Mavis and Matt’s many scenes together, which ostensibly see them building a rapport, actually consist of two broken people separately raging against their respective lots in life; their union produces no solutions, and certainly no lessons. Yet the film’s most painful sequence occurs late in the movie at a party thrown by Buddy and his very understanding wife (Elizabeth Reaser), whose true perceptions of Mavis are not necessarily apparent at first. The film has been marketed as a comedy; anyone who finds significant laughs in this sequence is made of stuff well beyond stern.

Then there’s also the unshakeable sense that Mavis is meant as a reflection of Cody herself, the only female screenwriter in recent memory to become something approaching a household name. Her best-known work revolves around teenagers, which is no surprise given that ours is a viciously youth-obsessed culture. And so we have Mavis, whose output has been solely devoted to teenagers, and who still, perhaps as an occupational quirk, carries some of their vain self-interest and blind aspiration. Young Adult remains gloriously skeptical of fundamental change to the end, and Mavis remains a beautiful hellion to the last frame, but there’s a sense that Cody may have broken through into some seriously original territory here: instead of doubling down on alt-culture nostalgia in the wake of criticism, she’s provided a better Juno riposte than anyone’s; here, the deep cuts really do cut deep.

The Best Movie Posters of 2021