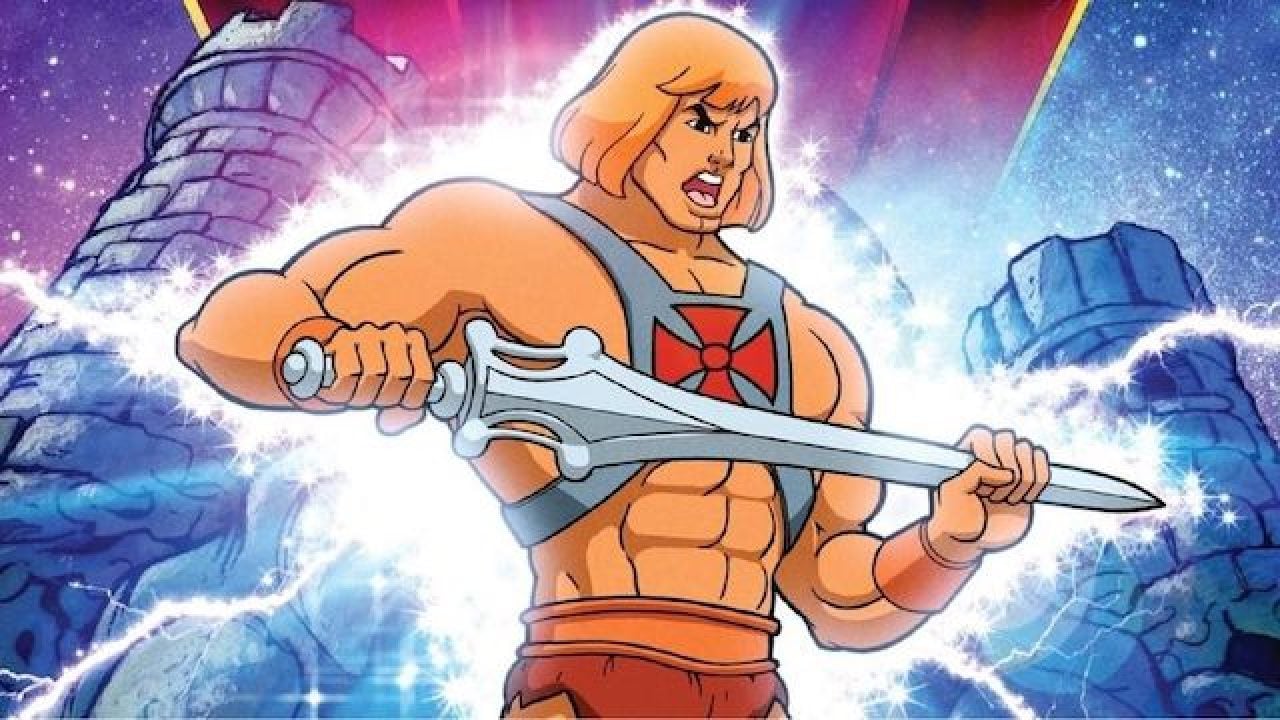 Toy Masters, is a big disappointment.

It’s a shame. He-Man is a fascinating story and deserves to be well-told. The action figure line sold over a billion dollars worth of merchandise. The first cartoon series was the first series to be based on a toy, laying the groundwork that would eventually lead to say, Battleship. (Except that the cartoon series was infinitely better than that bloated monstrosity.) The live action film Masters of the Universe somehow emerged from the sinking Cannon studio as an interesting action film with one of the best villain performances of the 80s by Frank Langella.

The film is also a story about creator’s rights and how hard it is to assign the proper credit when a piece of pop culture is made by a team. The hero protagonist of Toy Masters is preliminary designer Roger Sweet who wrote the book Mastering the Universe: He-Man and the Rise and Fall of a Billion-Dollar Idea to plant his flag as THE creator of He-Man. In the film, his claims are contradicted by visual designer Mark Taylor and marketing executive Paul Cleveland.

Roger Sweet is the mirror opposite of Stan Lee, a corporate outsider, while Stan, nephew of the original Marvel publisher Marvin Goodman, was the ultimate company insider; a loner, while Stan was gregarious; and obsessed with facts and figures, while Stan never let the facts get in the way of a good story. (Not to say that Stan Lee is a liar exactly, but he definitely subscribes to The Man Who Shot Liberty Vallance axiom: “When the legend becomes fact, print the legend.”) Most of all, Roger Sweet is stingy in offering credit to others in the He-Man production team, while Stan Lee, believing perhaps that there was enough credit for all, has always been effusive in praising his Marvel co-creators. Not sure if Stan Lee was the man who first called Marvel Comics, “The House that Jack built” referring to Stan’s main co-creator Jack Kirby, but it sure sounds like something that Stan would have said/written.

I should be clear that I recognize that Stan Lee has a surprisingly complicated legacy. The cynics would say that Stan emphasized the Marvel team to avoid any one individual being able to claim credit as creator. Certainly, that is and was the Mattel strategy.

The funny thing is that the more Stan gave credit to others, the more generous he was, the more he became THE Marvel creator, the guy that we thought of when we thought of Marvel comics. As Toy Masters shows, the more Roger Sweet insists on sole credit, the more his co-creators Mark Taylor and Paul Cleveland push back, diminishing and denigrating Sweet’s contribution almost in self-defence.

The key similarity between Mattel and Marvel is that neither corporation has any interest in paying a penny to creators who helped make them billions. Rather than squabbling amongst each other, Sweet, Taylor and Cleveland’s animosity should be reserved for the corporation that made more than a billion dollars from their creation, but, to this day, shows no gratitude… monetarily or otherwise.

One of the fascinating themes of Toy Masters are the people other than Sweet, Taylor and Cleveland who got paid for their contribution to He-Man, like William Stout whose team designed characters for the Masters of the Universe film and refused to let Mattel to use the designs to create toys until they got a royalty of the sales. Or fantasy author Barbara Hamlyn who sold to Mattel her rights to the name of her completely unrelated fantasy character Sheera Galernas from her novel The Ladies of Mandrigyn for $25,000, because Mattel was paranoid that another toy company would bring out a Sheera action figure to compete with their She-Ra.

The problem with the way that Roger Lay Jr. and Corey Landis told the story, the anvil that pushed me to the brink of actively hating the film, is the way that they injected themselves into the story. The film starts with Roger and Corey sharing pictures from early birthdays themed around He-Man. This is cute, but it has nothing to do with the story that they are trying to tell.

The film’s voice-over narration, while frequently funny, is just as frequently counter-productive, telling us things that we can see or figure out for ourselves. Even their best gag, suggesting that viewers go out for popcorn during the She-Ra sequence, is self-defeating, because it raises the stakes on the She-Ra footage without really delivering. Their summation narration, which suggest that maybe Sweet, Taylor and Cleveland are all telling the truth and were all creators of He-Man, is especially annoying. If you came to that conclusion on your own, you didn’t need Lay and Landis’ validation; if you don’t happen to agree with them, you don’t need their opinion.

As the film goes on, the relations between Roger Lay Jr. and Cory Landis on one hand and Roger Sweet on the other break down and he eventually withdraws his participation from the documentary. The film makes a huge deal about this, much to Roger Sweet’s discredit. I don’t think that this should be part of the story either, at least not emphasized dramatically the way that the film has. If you are a documentary filmmaker and you point your cameras at someone long enough, eventually they will tell you to turn them off. That’s not the story, it’s never the story. The story is what happens between the time that you first start shooting and when you finally turn off the cameras.

The story of He-Man deserves to be told by an articulate, well-crafted documentary. Toy Masters is like a cheaply built action figure, neither articulate nor articulated.

Editor’s Note: This article was originally published in 2012 under our old brand, Sound On Sight as part of our coverage of the Fantasia Film Festival. You can watch the documentary online here.

The Bad Guys is a Moderately Amusing Animated Crime Comedy

Explaining The Matrix Revolutions: How to Fix the Sequels Part 2