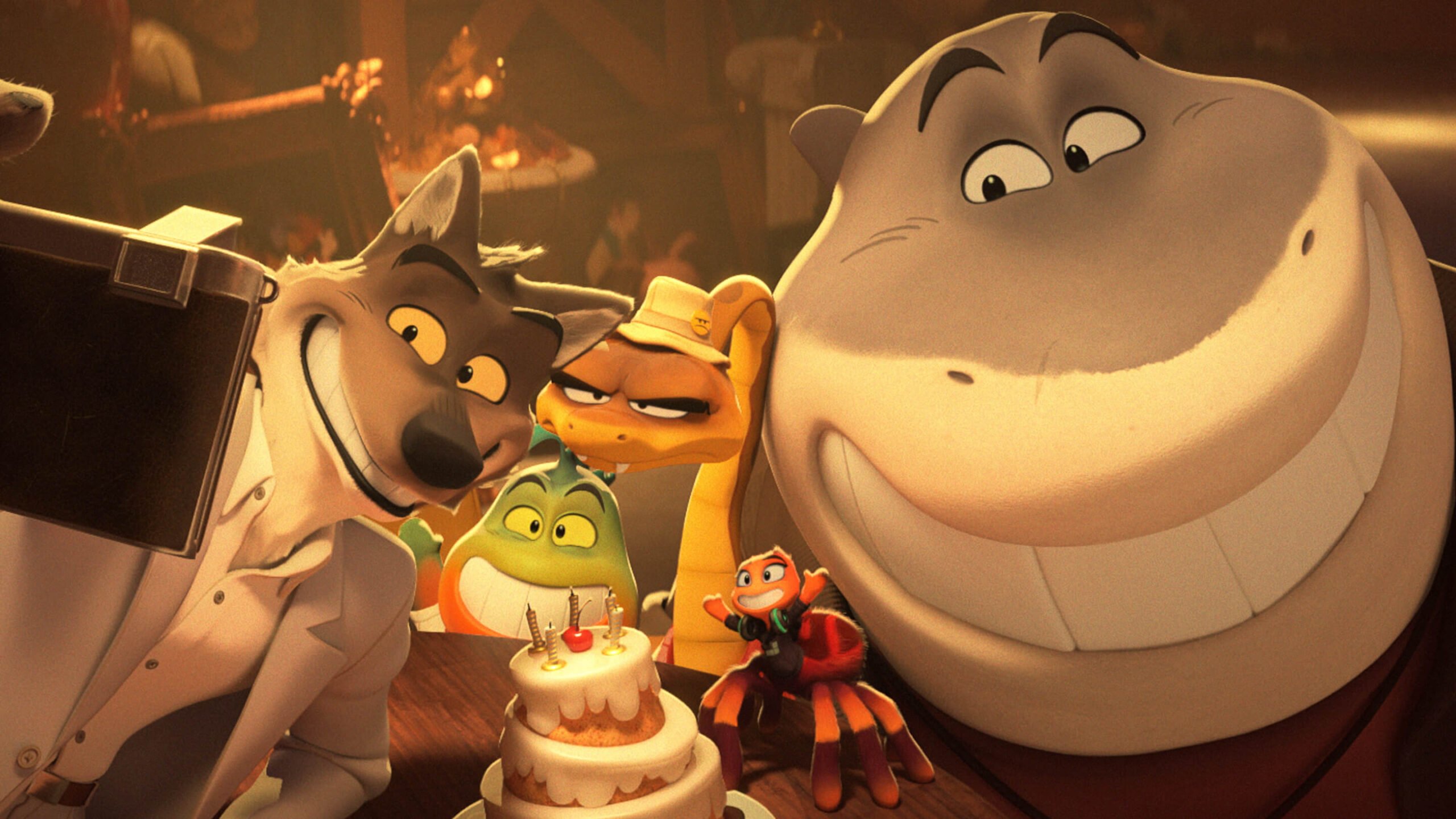 The Bad Guys, the new movie out this week from DreamWorks Animation, is about a group of villains who try on the idea of not being villains anymore. It goes to some creative and funny places, featuring some fine voice talent, but the animation is nothing special, and way too much of it feels like rehashed parts of other animated films, most notably Monsters Inc., Zootopia, and the Despicable Me series.

The film, from first-time director Pierre Perifel, is based on a popular kids’ book series, set in a Bojack Horseman-like world in which animals and humans live side-by-side. It tells the story of a group of animal criminals who, in the tradition of Tarantino’s Reservoir Dogs, all have “Mr.” names, including Mr. Wolf, Mr. Snake, Mr. Piranha, Mr. Shark, etc, voiced by the likes of Sam Rockwell, Marc Maron, Anthony Ramos, and Craig Robinson.

They carry out heists, and the leader character, Wolf, even shares a surname with another Harvey Keitel Tarantino character. The idea of an entire animated children’s movie based entirely on tropes from Quentin Tarantino films is absolutely irresistible, but sadly the resulting movie isn’t nearly as interesting.

The animals, after a lifetime as a gang of thieves, are tempted to go straight, which leads to them questioning how they see themselves. But this is exactly what Despicable Me was about, and before that, to a certain degree, Monsters, Inc.

The one real gem of a good idea here is that the animals are self-conscious about living up to their stereotypes as animals, like the wolf fearing being a “big bad” villain. There’s also some moderately clever parody of action and heist movie conventions, and some funny lines, like “make like a wolf and get the pack out of here.” But overall, the wit and humor just aren’t really there.

It became a cliche a few years ago for animated small animals to team up to steal a car or truck, after a bunch of them the same year (including Finding Dory and The Secret Life of Pets) all did it. But in The Bad Guys, they just drive a car matter-of-factly.

The Bad Guys is being advertised with the titular Billie Eilish in every commercial. one gets the sense they started with that and built out the movie from there.

The Northman is an Unflinching and Brutal Viking Epic

Toy Masters does not Master its Universe