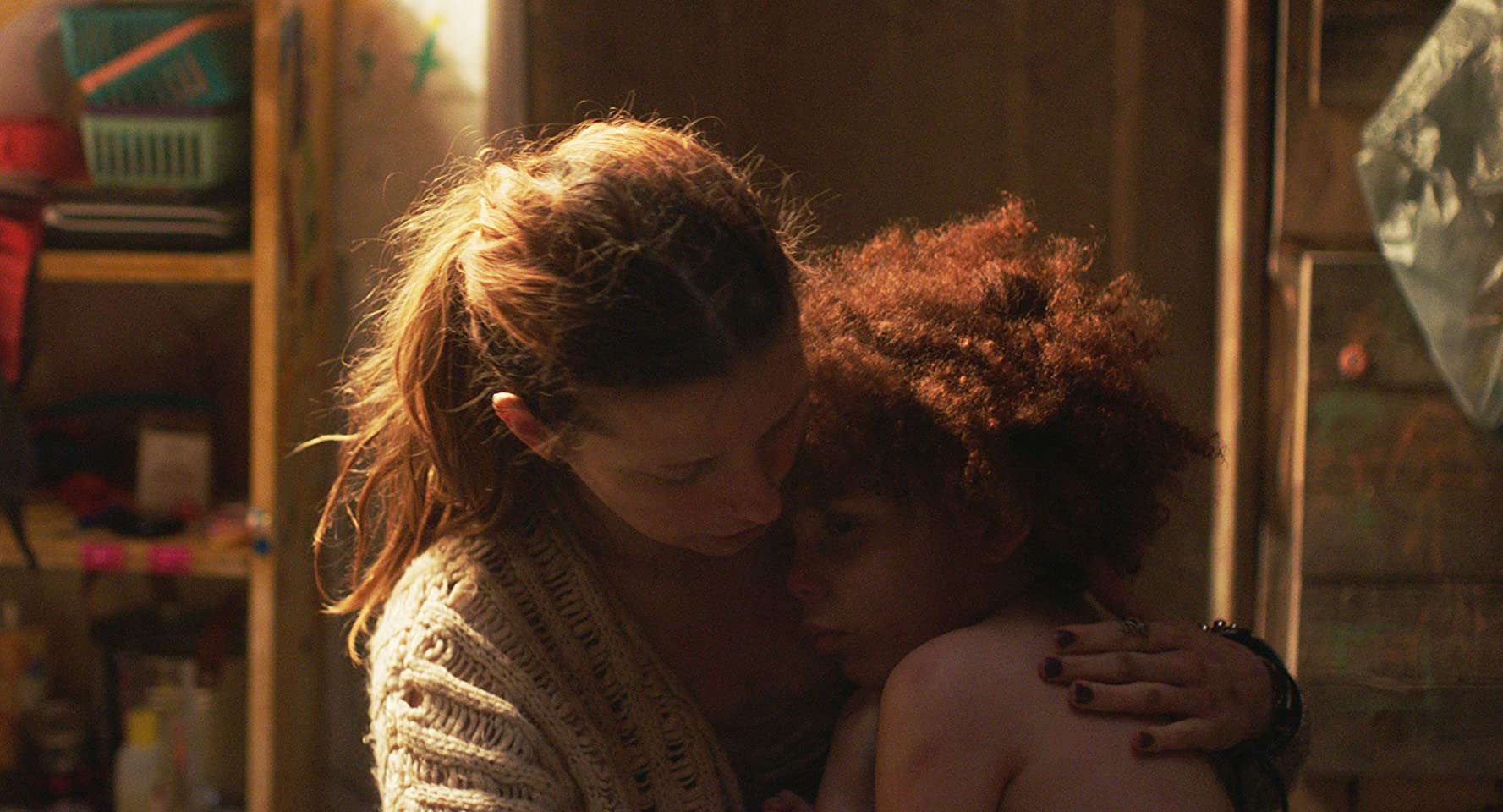 Deep in the underbelly of New York City, a five-year-old girl and her mother live among a community that has claimed the abandoned subway tunnels as their home.

Way back in 2000, Marc Singer’s award-winning documentary Dark Days revealed the world of NYC’s underground homeless community, a shockingly large group of people who live in the city’s abandoned subway tunnels. It seems like something out of a post-apocalypse movie, a shocking reality that even many New Yorkers were previously blind to; that under their feet, people are living in appalling conditions without even sunlight. Even after numerous efforts to find proper housing for them, some of these poor souls continue to live underground. Logan George and Celine Held’s Topside tells the fictional story of two of these lost souls, a mother and daughter who are forced to flee their underground home when the tunnels come under renovation and its residents forced to relocate. This is particularly harrowing for the five-year old Little who, unlike her mother Nikki, has never left the tunnels before. Intimate, claustrophobic and at times overwhelming, Topside doesn’t pull any punches in depicting Little’s harrowing ordeal, or the incredible hardships faced by the homeless.

Stylistically, Topside is a lesson in subjective focus, anchoring our perspective to that of Little, though not through anything as on-the-nose as a first-person perspective. The film makes near-constant use of closeups and hand-held camera work to keep us rooted on Little, which also makes the film particularly intense in the second act. After Nikki takes Little to the surface, the child’s sheer panic at the overwhelming world she’s been thrust into is reflected formally. The camera work and editing becomes more frenetic, giving us only disorienting glimpses of the wider world, and many of them from a low perspective. The soundtrack also doubles down on noise and cacophony as well, making for an experience reminiscent of a Safdie Brothers film, to name a recent example. Because of this, Topside can be a challenging watch at times, an intentionally disorienting barrage of imagery and sound that very deliberately keeps the viewer off-balance.

But when taking such an approach, you need an anchor, and Topside has two in the form of Zhaila Farmer as Little and co-director Celine Held as Nikki. Admittedly, acting confused and disoriented isn’t a huge dramatic endeavor for a five-year old, but Farmer carries the considerable weight of the film’s focus quite well. Held has a more demanding role as Nikki, and she similarly pulls it off incredibly well.

A character like Nikki is a hard thing to pull off. Go too far in one direction and you fall into the stale and tired “noble homeless” trope, or some kind of saintly Madonna figure of courageous motherhood. Go in the other direction, and she becomes impossible to sympathise with. Nikki, thankfully, comes across as entirely real in her faults and virtues. She’s clearly trying, clearly intent on keeping her child safe. But she’s also fallible and prone to terrible decisions and selfishness, which keeps her from falling into stereotype territory and plays heavily into her character arc.

Topside is a strong work, albeit a tough one both stylistically and thematically. It would have been interesting if the film had spent more time against the backdrop of the underground tunnels, but this is a small (and subjective) mark against an otherwise powerful entry.

‘The Wolf Man’ is as Good as ‘Frankenstein’ and ‘Dracula’