Connect with us
We’ve gone over GIFF’s 35 films and 70 shorts and put together a list of the festival's five must-see movies.

The 11th annual Gasparilla International Film Festival (GIFF) is about to kick off, and Sordid Cinema is set to cover the event. The Tampa, Florida-based festival runs from March 2nd – 9th, offering international and regional premieres of narrative features, documentaries, and short films.

We’ve combed through the festival’s 35 films and over 70 shorts and put together a list of GIFF’s five must-see movies.

Synopsis: Wes is a nine-year-old boy who is grieving with his parents over the recent loss of his baby sister. Amidst the tragedy, he becomes obsessed with the idea that he’s a Mongolian goat herder. Wes and his mother set out on a quest to “go back home” to his small village in Mongolia.
Cast: Vera Farmiga, Jacob Tremblay, Virginia Madsen, Suraj Sharma. Directed by Jordan Roberts.

Jordan Roberts’ latest picture, Burn Your Maps, will kick off the 2017 Gasparilla International Film Festival and it’s a great choice to get the week started. Burn Your Maps is a feel-good movie featuring great performances, beautiful cinematography, and an inspiring story. Vera Farmiga delivers another strong performance, and Jacob Tremblay is as charismatic as ever, but it’s Suraj Sharma who steals every scene. 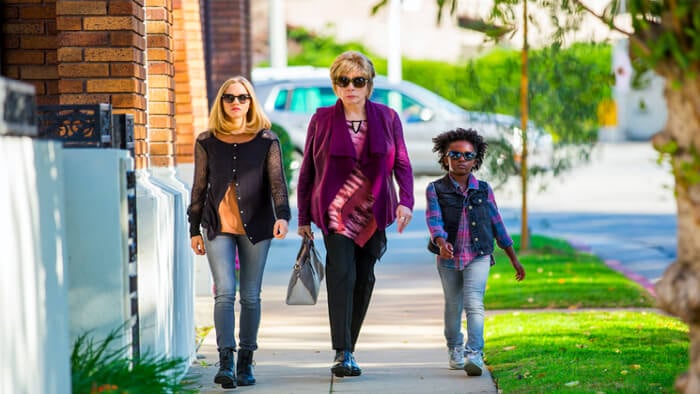 MacLain and Seyfried in The Last Word

Synopsis: Retired businesswoman Harriet, controlling to the end, wants to have a say in her own obituary. The newspaper writer tasked with the piece insists on learning the truth about Harriet’s life, and the two become reluctant partners and friends.
Cast: Shirley MacLaine, Amanda Seyfried, Tom Everett Scott, Anne Heche, Philip Baker Hall. Directed by Mark Pellington.

The Last Word looks like your standard indie-movie crowd pleaser. Word out of Sundance is that the film packs another powerhouse performance from Shirley MacLaine. The difficult to deal with but ultimately lovable curmudgeon is an indie-movie staple, and if there is an actor capable of infusing the cliché role with nuance, charm, and just the right amount of indignation, it’s MacLaine.

The Lost City of Z

Charlie Hunam stars in The Lost City of Z

The Lost City of Z looks like a real potboiler. Although based on real-life events, its pulpy story is a throwback to the style of cinema that influenced screen legends George Lucas and Steven Spielberg. The film is packed with exotic locations and edge of your seat thrills, and if that wasn’t enough to sell you, the film’s director, James Gray, has loaded his cast with eye-candy. There are worse ways to spend 141 minutes than staring at Charlie Hunnam, Sienna Miller, Robert Pattinson, and Tom Holland.

Synopsis: Carrie is a person of high intelligence who graduated from Harvard at 19. Although brilliant, she struggles to make sense of the world as it relates to morality, relationships, and sex. For Carrie, leaving her apartment can become a major ordeal. Carrie’s world goes topsy-turvy when her therapist tasks her with creating a five-point plan to get her life back on track.
Cast: Bel Powley, Nathan Lane, Gabriel Byrne, Jason Ritter. Directed by Susan Johnson.

Bel Powley landed on my radar with her knockout performance in The Diary of a Teenage Girl. Since then, I’ve been keeping tabs on her career. Coming out of TIFF, Carrie Pilby left critics divided, mostly due to the film’s fluffy YA-novel sensibilities. I often enjoy movies based on Young Adult novels, and an engaging story is an engaging story, whether it’s from a YA novel, Russian literature, or a Dr. Seuss book. Carrie Pilby also features Gabriel Byrne and Nathan Lane, two pros who can deliver excellent performances in their sleep. If Powley’s role is as captivating as Minnie in The Diary of a Teenage Girl, then Carrie Pilby will be more than worth the price of admission. 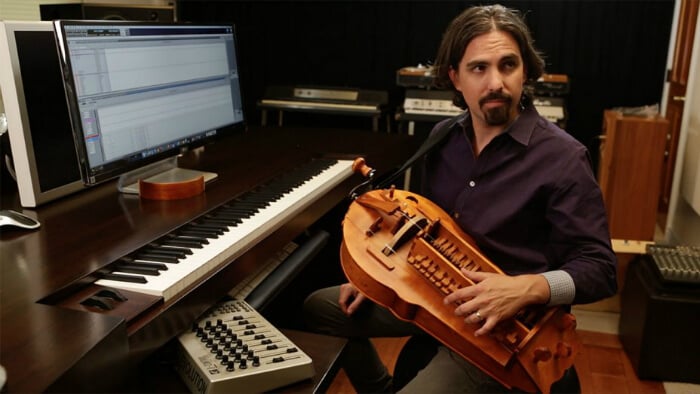 Synopsis: This documentary brings Hollywood’s premier composers together to give viewers a privileged look inside the musical challenges and creative secrecy of one the world’s most widely known music genres: the film score.
Interviewees include Hans Zimmer, Danny Elfman, John Williams, James Cameron and Quincy Jones. Directed by Matt Schrader.

Film is primarily a visual medium — after all, we call movies “motion pictures” — but sound is also an essential part of cinema. Imagine Star Wars, Jaws, or The Exorcist without their iconic theme music. Long after we forget a film’s plot, the name of the characters, or even the name of the movie itself, a beautiful score can remain floating around in our minds forever. Director Matt Schrader spotlights some of cinema’s legendary composers, giving the audience a behind-the-scenes look at what goes into creating film scores.

‘The Gift’ is Recommended for Fans of Melodramatic, Gothic Potboilers