Connect with us
'Shadow' feels like a triumph of martial arts cinema that feels like a masterclass in how to tell a story with action.

When a movie looks as damn good as Zhang Yimou’s Shadow, it’s hard not to overpraise it. By utilizing entirely monochromatic costume and production design, Zhang has completely outdone himself in terms of creating a visual feast. Nothing this year will compare to the immaculately-conceived sets and bleak aesthetic that Zhang employs to tell a Shakespearean tale of betrayal and love among two rival Chinese clans fighting for control of a city called Jing, and ultimately the kingdom of Pei.

Evoking the visuals of a Chinese ink-wash painting, there is literally no moment in Shadow that looks even average. The sumptuous imagery pairs quite nicely with the intricate, twisting story. Deng Chao stars as Pei’s military commander, a man driving a plot to overthrow the king (Ryan Zheng), who has gone insane with power. To do so, he employs a “shadow” (also played by Deng) to act as the commander when necessary. Much of the narrative feels Shakespearean in its high politics mixed with romance and intrigue; smaller characters feel like they were ripped straight from Hamlet, while the bigger swaths of story feel evocative of Macbeth. In fact, a lot of the early parts of the film feel akin to Akira Kurosawa’s Throne of Blood, which itself was an adaptation of Macbeth. 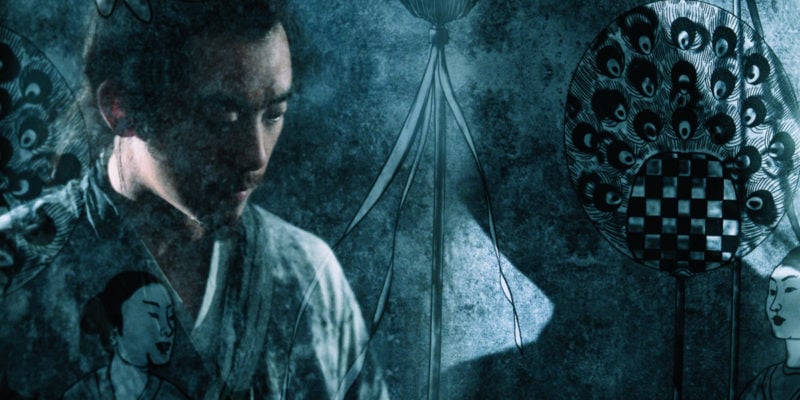 Zhang’s tricky plot has enough to chew on for those who want a more classic tale of betrayal amidst the backdrop of war, and the story lends itself to the black, white and grey color palette really well. What heightens it all is the fact that this is still a Wuxia film, complete with the reddest of blood, grandiose action scenes, and so much style in its choreography and camerawork that it would send most martial arts directors back to the drawing board.

Shadow all boils down to a third act that employs umbrellas as a form of weaponry against Peis enemies, moving gracefully among sabers and knives as rain pelts down onto their metal exterior. Throw in some projectile blades, and Shadow winds up with some inventive action scenes that hold your attention beyond how they look visually — they also astound in how they’re employed. Snippets of action precede the third act, which explodes into a mesmerizing, moving portrait of blood and mud. Umbrellas twirl and spin against the blade of a saber, while the sound effects of metal hitting metal are just as loud and abrasive as the sudden gut-churning slash of a blade cutting into the skin of an enemy. 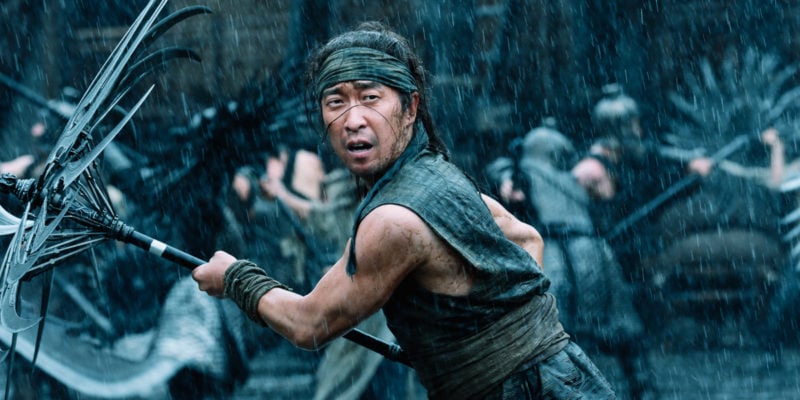 There really isn’t much like Shadow, even with the fairly classicist approach it takes in the beginning. Zhang is making martial arts movies for the arthouse crowd, and though there may not be as much action as I would have liked, the conversations and plot points they set up are  enrapturing. The film doesn’t hang its hat on its visuals (though it easily could have), but instead really makes use of the aesthetic to tell a story that meshes with it. It’s a triumph of martial arts cinema that feels like a masterclass in how to tell a story with action.

Predators is Halfway to being Pretty Good