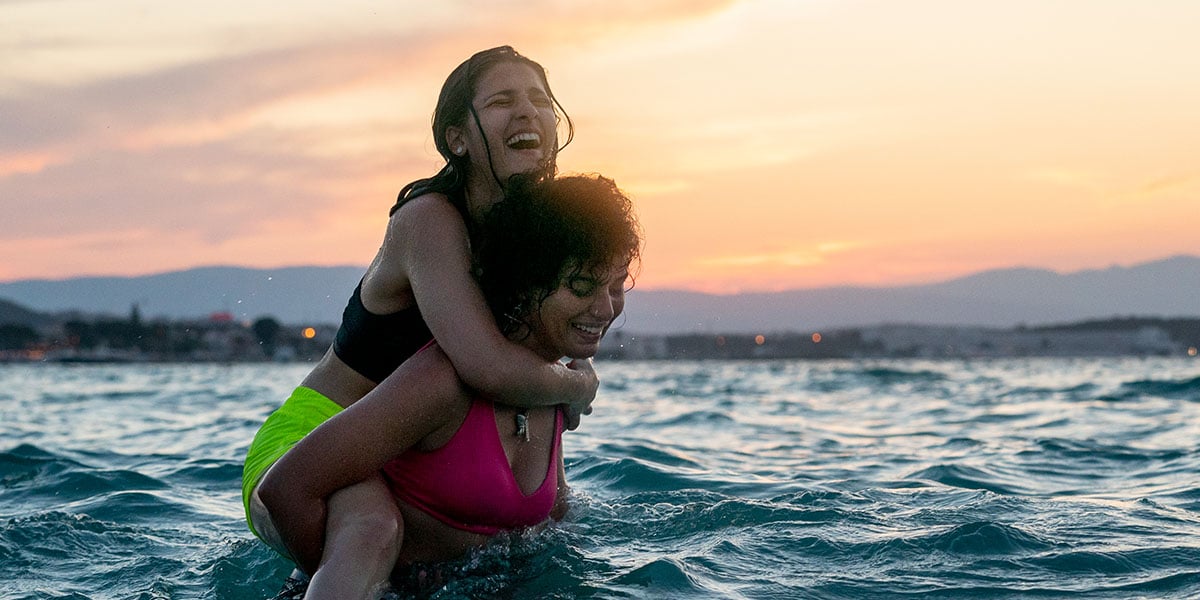 The 2022 TIFF opened on September 8 with The Swimmers, a combination of a harrowing refugee story and an inspirational sports movie. Headed to Netflix in November, The Swimmers contains a lot of great stuff but stumbles in some other big moments.

Directed by Sally El Hoaini, The Swimmers is the fact-based story about Yusra and Sara Mardini, teenage girls from Syria who fled that war-torn country, were part of a group that took a boat and then swam the Mediterranean to escape, and landed in Europe, with Yusra ultimately competing as an Olympic swimmer in the 2016 Olympics.

Trained by their dad (Ali Suliman) for international swimming glory, the girls ultimately decided it was not safe to remain in Syria. Their tale is harrowing, bringing a human face to the type of story that’s too often told in abstractions, or in malevolent and racist ways by politicians on both sides of the Atlantic. We’re very much rooting for them and those with them, even if everyone watching the movie likely knows exactly how it’s going to turn out.

In the third act, The Swimmers turns into a Disney-style inspirational sports movie, one structured to imply ultimate triumph. It very much resembles the sort of human-interest packages always put together as part of Olympic TV broadcasts.

There’s a lot of great stuff here, starting with the performances by real-life sisters Man and Nathalie Issa, and Nathalie in particular looks like a movie star in the making. It’s an absolutely amazing story, with moments of heartbreak and triumph throughout. This is one of the best cinematic treatments to date of the refugee experience.

On the other hand, there’s way too much shaky cam, especially in the boat sequence. I understand that this is meant to convey a sense of confusion and you-are-there urgency, but at some point, it just turns into incoherence, which has no way of conveying which character is where at any particular time. This is bad enough in action-adventure movies, like Netflix’s own The Gray Man, but it’s even worse when the stakes are so high.

It’s a shame, because at other points the film looks amazing, especially the first shot of a birthday party, and later a scene of bombs going off during a swim meet in Syria.

As for the other big misstep, it was one that came up during many discussions of the film at TIFF. The film depicts Yusra’s big race at the Rio Olympics and implies very heavily that she won the race and the gold medal. But… she didn’t. She won the first heat, and that’s all we see.

It would not have hurt the film in any way to make this clear, and it wouldn’t have even needed to be a Rudy/Invincible situation in which getting into the game is the final triumph in itself. But the way it’s presented feels dishonest.

Whether The Swimmers will find an audience once it arrives on Netflix, I cannot begin to guess. It goes down as a creative success, but far from a complete one.