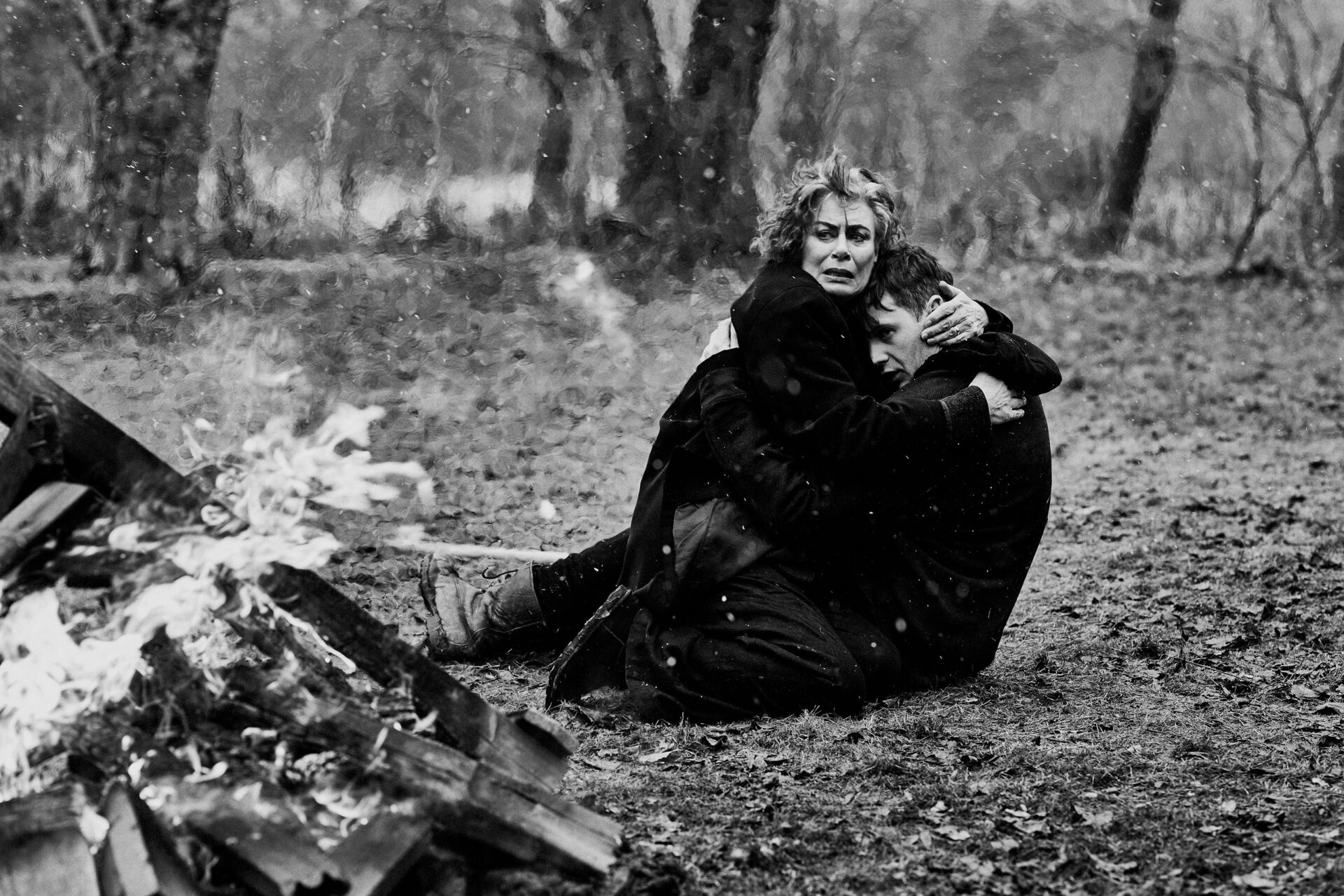 Wrestling with the age-old question of “Does God exist?” in the wake of a tragedy, The Righteous delivers on almost every front – with writer-director-actor Mark O’Brien and Henry Czerny (re-uniting from Ready or Not) creating a volatile and engaging relationship at its center. As the two converse within the confines of a single home, faith, grief, and justice tear apart Czerny’s tormented ex-priest in a gorgeously shot and assured feature directorial debut from O’Brien.

Eerie and unsettling are the best ways to describe The Righteous – a film that takes its time getting under your skin until Frederic Mason (Czerny), an ex-priest who has recently lost his daughter, finally finds out the purpose of the trial put before him when a mysterious stranger, Aaron (O’Brien), suddenly appears on his doorstep wounded. Already critical of Aaron’s motivations, but expecting further work from God for an unspeakable sin in his past, Frederic takes it upon himself to help Aaron back to health and get him back on his way.

Right from their first encounter, it is evident that something else has brought Aaron to Frederic’s doorstep. Every conversation between the two feels like a trap set for the priest. They are guided interactions with Aaron clearly in the driver’s seat, but they ebb-and-flow like two people trying to outmaneuver the other. By far the greatest scenes in the movie that often feel like walking on tacks, they exemplify the rapturous performances from both Czerny and O’Brien who are confrontational yet cautious in their approaches to one another.

Alongside the two is Frederic’s wife, Ethel (Mimi Kuzyk), whose mourning transforms into an opportunity to care for someone else when Aaron arrives at their home. From raising their daughter to bringing Aaron back to health, she becomes more concerned with Aaron’s well-being than her husband’s doubts of Aaron’s intentions. Shot in Newfoundland, Canada, the Mason’s home is far from civilization, surrounded by the forest, and serves as one of the only locations of the film. By keeping such a minimal, rural setting, claustrophobia sets in and the film heightens Frederic’s sense of isolation from everyone around him, slowly chipping away at his psyche.

The production design and black-and-white cinematography both work together in crafting a tense, foreboding feeling in every shot. There are so many images in the film that still linger after they’ve happened, mainly because they’re cloaked in shadow and darkness. Even the conversations that don’t necessarily require a lot more than the incredible performances from the actors are accentuated by their framing. It’s a constantly mesmerizing film that only gets more entrancing as time goes on.

The Righteous wastes little time placing the audience in the headspace of Frederic, even with a secret being harbored from the characters and the audience. There’s the past that Frederic dares not speak of and then there’s Aaron’s mysterious purposes. Shrouded in mystery and a glint of the supernatural, O’Brien manages to leave behind both a visually striking film and an acting showcase for everyone involved. The Righteous is haunting in so many ways, but by the end it’s strength is in the assuredness of its direction and a screenplay that gives the actors plenty of indelible moments.

Free Guy is a Disingenuous Adventure Through Video Games