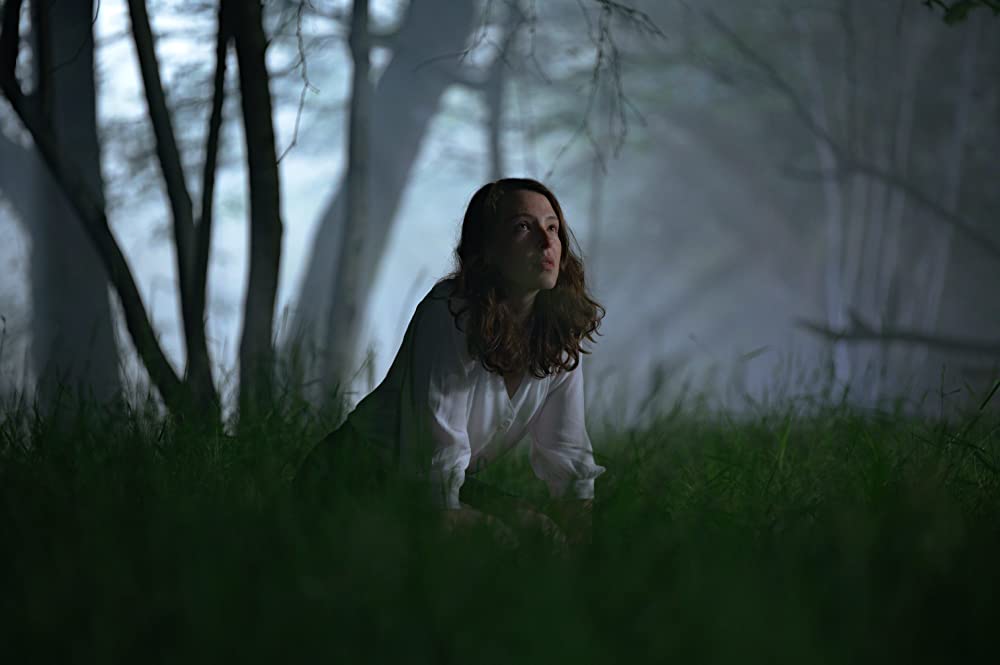 A wealthy family prepares a dinner party in the idyllic Welsh mountains, hosting a businessman and a farmer hoping to broker a deal. Hired to help with the evening, they are joined by Cadi (Annes Elwy), a young woman who works at the local pub. As Cadi arrives and brings with her highly odd behaviour, things begin to unravel with violent consequences.

The Feast is a somewhat odd title for the film; taken at face value, the dinner party is only extended to seven, four of which are family members, and one of whom can’t make it, whilst dinner itself is far from levels of what you’d traditionally label as “feast”. It can, however, be viewed as the feast humans take upon Mother Earth and its inhabitants, to our own detriment, with a violent opening dealing with the death of one of the miners drilling into the land.

At the center of the doomed proceedings are a dysfunctional, greedy, and wealthy family, including politician Gwyn (Julien Lewis Jones), his wife Glenda (Nia Roberts), and their interminable sons, Guto (Steffan Cennydd) and Gweirydd (Sion Alun Davies). The former, a drug addict who has little admiration for the countryside, and the latter, a vain boy whose own body arouses him and lives off a diet of raw meat, are insufferable, entitled, and in need of a few life lessons.

Unfortunately, the lessons, violent in their nature, take far too long to start and are inconsistent in their intended subject matter. With a 90-minute running time, the “feast” of which starts halfway through, the consequences of this family’s actions are sporadic and muddled – at one point, as a character whose leg starts to fester from a cut received earlier in the film, another licks it from ankle to knee – disgusting, yes, but not in theme with the environmentally-conscious horror.

Irregularly paced, characters seem to teleport from the interior of the home to the forest nearby, and back again. Cadi, supposedly there to help with the dinner party, regularly leaves to make love to nature or execute her plans, and the woman who hired her couldn’t care less (don’t worry, she’ll show up in the kitchen in just a few minutes) – nor does she seem to mind that the helper is inept in the kitchen. Perhaps it’s a signal that this family is so entitled that they don’t pay attention to “the help” anyway, but it comes off as carelessness and a lack of script development.

Its message is straightforward and admirable – we should all be kinder to our home and less greedy to mine its resources – but The Feast is far from subtle, and is far too slow to get going. Often nausea-inducing (including a memorable moment in which it’s discovered what Cadi has done with a bit of broken bottle), it’s more interested in its dispatching the gore than getting it’s point across – this horror with an agenda is not entirely successful in its teachings.