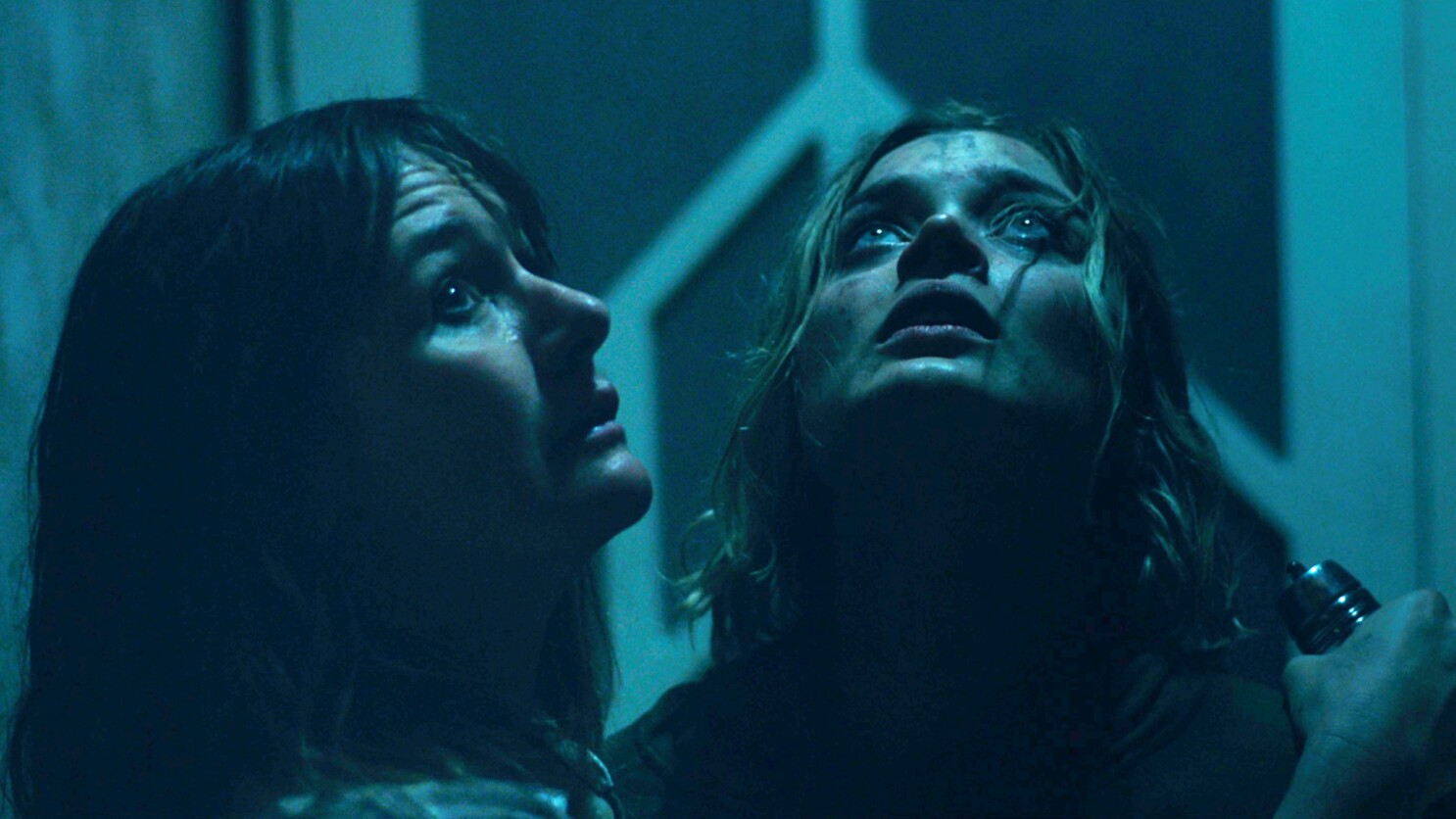 Of all the longstanding horror tropes, few are as resilient as that of the horrifying elderly person. Of course, there shouldn’t be anything scary about old people (most of us will be there soon enough), but we sense the decay that has overtaken them and know that it will eventually come for us, too. Seniors have also had far more experiences than young people, and their depths of knowledge are imposing. They know more of the horrors of the world then younger generations have been able to experience, and sometimes they turn those evils against them. It would have been easy for Natalie Erika James to make Relic, her debut feature, something that played on that well-worn territory for some cheap scares. Instead, she has crafted a subtle and terrifying film graced with a welcome strain of tenderness.

Relic stars Emily Mortimer as Kay, who learns in the film’s opening minutes that her mother Edna (Robyn Nevin) hasn’t been seen or heard from by the neighbors in quite some time. She and her improbably old daughter Sam (Bella Heathcote) drive from Melbourne to her country house to find the place empty and showing signs of disrepair. Furniture and items have been left in disarray, there’s food left out for a pet that’s been dead for years, and there are post-it notes everywhere with reminders for the simplest tasks. Kay and Sam put their lives on hold to stay in the house while the police search for Edna, but strange goings-on in underlit rooms suggest something closer to home might account for her disappearance.

The scary old house would be a perfect opportunity for copious jump scares, but James keeps Relic admirably free of such cheap thrills. There are a few, to be sure, and plenty of terrifying moments, but she doesn’t feel the need to punctuate them with crashing sounds loud enough to make you involuntarily shudder, like a doctor’s hammer to the knee. Instead, she builds an ever-mounting sense of dread that begins to envelop Kay and Sam. Much of that is accomplished by the excellent production design by Steven Jones-Evans, who has decorated the house to feel both lived in yet mysterious. Part of its disorienting nature is also due to the layout, which never quite makes sense; it’s difficult to tell which rooms are on the second floor, and the audience is never quite sure which room one of the characters will end up in when they pass through a door.

Relic is more than just a great haunted house movie, though. As Kay and Sam are driven closer together by their fears for Edna, the audience is able to confront its fears: of death, of old age, of losing our memories, of dying alone with no loved ones to care for us in our final moments. The movie takes some bizarre turns as it hurtles toward its climax, but Relic ends on an unexpectedly moving note (if still chilling). After your nerves have settled, you might just want to give your parent or grandparent a call.

Editor’s Note: This article was originally published on January 29, 2020, as part of our coverage of the Sundance Film Festival.

‘The Beach House’ is a Brilliant Slow-Burn Horror