It’s fashionable to refer to most modern Westerns as “revisionist,” which usually ends up being a lazy shorthand for “not old,” and by that more accurate definition, Jacques Audiard’s The Sisters Brothers is most definitely a revisionist Western. From the opening moments, it’s clear that the movie is shot digitally rather than on film, and its stars speak in a crude vernacular far from the folksy clichés of classic Westerns. But these touches are fairly superficial; in the aspects that count, The Sisters Brothers traces its lineage directly back to films like Rio Bravo, Red River, and the Godfather trilogy. It’s a film of great warmth and occasional comedy that injects some greatly needed lifeblood into the genre.

The eponymous Sisters brothers, Eli (John C. Reilly) and Charlie Sisters (Joaquin Phoenix), are a pair of hired muscle. They torture and kidnap when necessary, more often than not murdering their captives afterward, all in the service of The Commodore (a blink-and-you’ll-miss-him Rutger Hauer), one of the wealthy few battling to vacuum up as much of the West’s dust and gold as possible while it’s still for the taking. After a disastrous nighttime raid in which they kill multiple men but see their horses go up in flames in a barn fire, the brothers limp back to home base.

The Commodore’s next assignment is seemingly smaller-scale: they’re to track down Hermann Kermit Warm (Riz Ahmed), initially portrayed as someone who has absconded with one of the Commodore’s possessions. John Morris (Jake Gyllenhaal), a detective with connections to East Coast money, is already on the trail. The plan is for him to capture Warm, at which point the Sisters brothers will catch up and torture him until they get what he has taken. However, in the course of befriending Warm, Morris learns that he hasn’t stolen anything; rather, he’s discovered a chemical that makes gold visible in streams, which could make him a wealthy man.

The ending of The Sisters Brothers, which shouldn’t be revealed, flirts with tragedy before finding an utterly sublime way to close its story.

It’s called The Sisters Brothers, but the film treats Gyllenhaal and Ahmed as if they were bonus leads. The two, who had such a fascinatingly malign energy in Nightcrawler (2014), have an effortless charisma. Their friendship, at first a ruse and then something more real, is oddly touching to watch develop. The Sisters brothers whore around at every stop along the trail, but the film hints at something queerer for Warm and Morris. 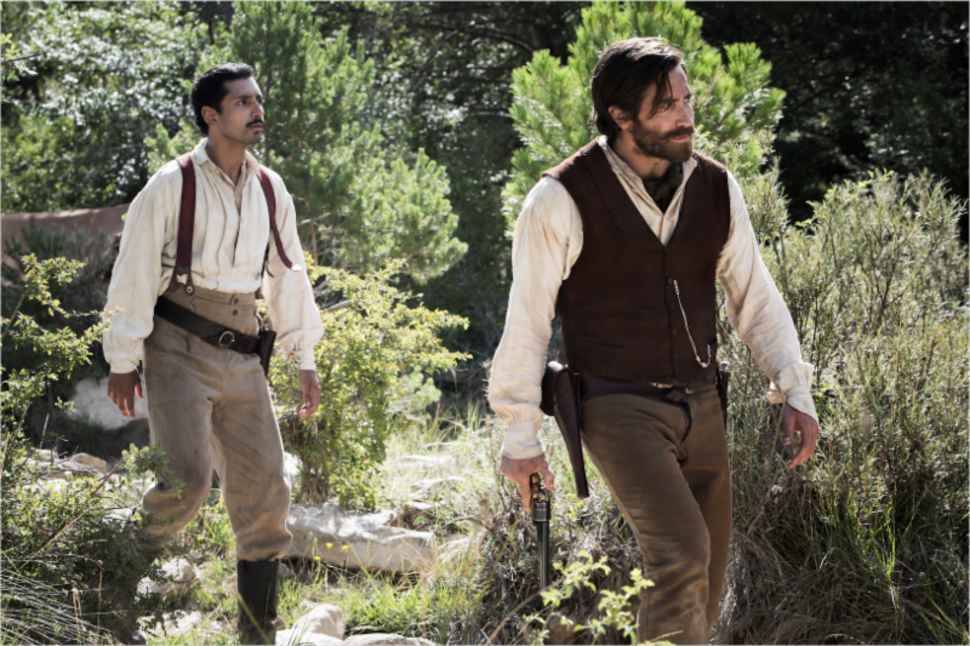 As for the brothers, it’s not particularly surprising that Phoenix plays the loose cannon of the two. He’s impulsive and impetuous, two qualities that Phoenix can portray better than any actor alive. Reilly is the older — and somewhat wiser — of the two; guns for hire aren’t known for their deliberation, but Eli is still more cautious than Charlie. As the film progresses, a miraculous transformation occurs. In a moment of weakness brought on by a venomous spider, Charlie is forced to care for a decommissioned Eli. Up to that point, the film has operated as a black comedy (though there really isn’t a ton of comedy), yet it takes on a tender tone that’s far more refreshing than anything we’ve seen to date.

The goal of most revisionist Westerns, beyond exploring the political implications of westward expansion, tends to be to give us characters who are closer to life. That’s often achieved by making them more brutal than was allowed by the production code in the era of classic Westerns, but Audiard and his co-writer, Thomas Bidegain, take a more interesting approach by showing us the souls and affections of otherwise terrible men. It seems fresh compared to other revisionist Westerns, but it’s actually a direct link to the great works of the past. It’s hard not to think of the camaraderie and friendship that suffuses Howard Hawks’ Rio Bravo, or the father-son dynamics of Red River. Makers of contemporary Westerns so often search for ways to shock audiences, but Audiard does it by simply suggesting that these characters could actually love each other.

Audiard and Bidegain’s tone is matched throughout by the visuals, shot by Benoît Debie. Their version of the West (this is one of the few Pacific Northwest Westerns) is dappled with a golden, energizing sun instead of the oppressive one that’s so familiar. The movie was shot in Spain, but its desert and chaparral are how we imagine the Old West must have looked. Audiard also works in a bit of symbolism and foreshadowing around the color red that seems poetic rather than forced.

The ending of The Sisters Brothers, which shouldn’t be revealed, flirts with tragedy before finding an utterly sublime way to close its story. It’s the kind of conclusion that can leave you with a soft smile on your face, basking in the fact that the filmmakers have found a way to end their tale that you wouldn’t have imagined possible. If you’re fortunate enough to see the film in a theater, you might just want to turn around to catch the next screening.

TIFF 2018: Melissa McCarthy Shines in ‘Can You Ever Forgive Me?’