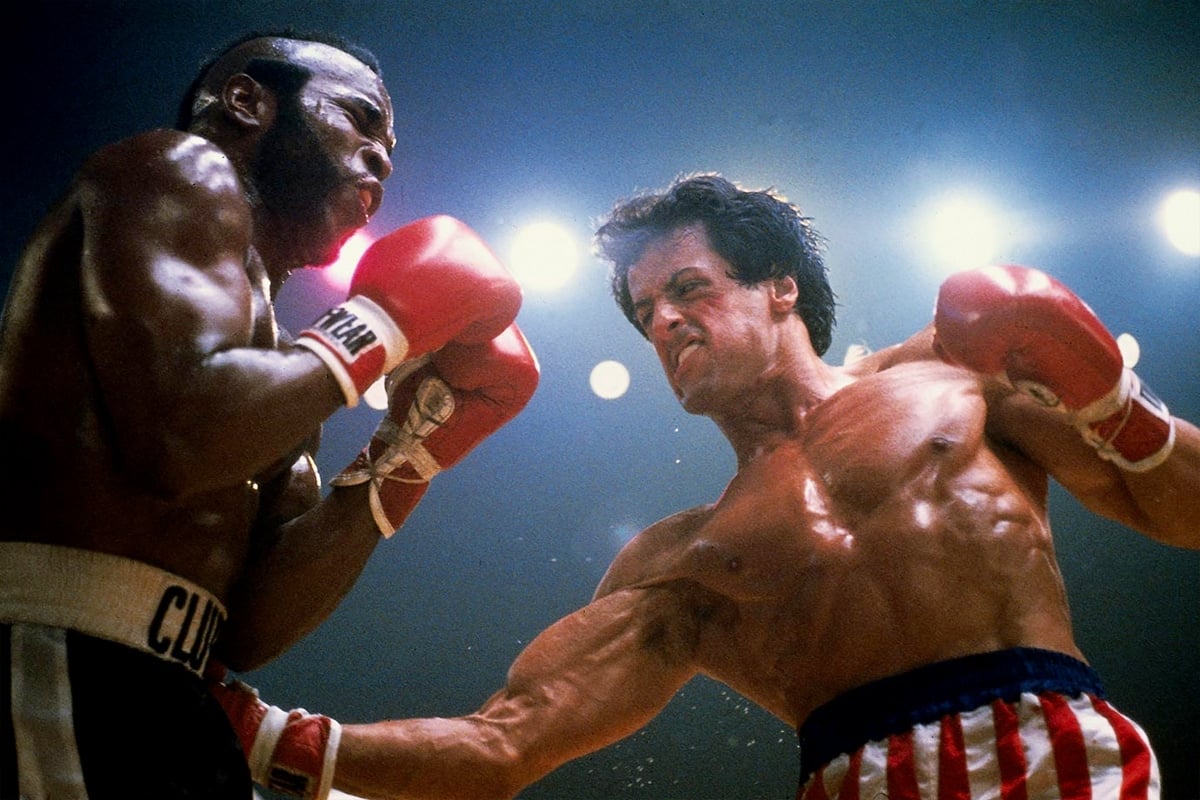 The Rocky franchise has lasted for nearly 50 years, with the latest film, Creed III, set for release later this year. One thing that’s notable is how much the films are products of the times when they were released.

The original Rocky, directed by John G. Avildsen and released in 1976, was very much a product of the ’70s. While it’s not usually included on lists of the best New Hollywood movies, Rocky feels a lot like them, with plenty of long and slow scenes, and even allowed the hero to not triumph at the end. It also beat the New Hollywood at their own game, winning Best Picture that year over the likes of Taxi Driver, Network, and All the President’s Men. Rocky II, in 1979, updated the original, albeit with Rocky winning at the end.

But Rocky III, released in May of 1982 — 40 years ago this week — was much more a film of the ’80s. Not only did it co-star 1980s icons like Mr. T and Hulk Hogan, but it made Rocky a bit more musclebound than he’d been earlier, in line with the G.I. Joe aesthetics of the time. Also, it’s the second sequel, in the decade in which many-parted franchises became much more commonplace.

And while Rocky had always been associated musically with Bill Conti’s score — which still gets pumped into Philadelphia Eagles games to this day — the third film combined Conti’s music with its own musical theme, Survivor’s very ’80s-oriented pop hit “The Eye of the Tiger.”

Directed by Stallone himself, who helmed the franchise’s second, third, fourth, and sixth films, Rocky III begins with Rocky as a dominant heavyweight champion. That is until he has a disastrous wrestler/boxer match against Thunderlips (Hogan, whose part in the film would help kick off the Hulkamania boom), Rocky decides to retire.

But after a confrontation on the steps of the Philadelphia Museum of Art with contender Clubber Lang (Mr. T, making his major pop culture debut), Rocky agrees to fight him. So the film takes on a formula seen before and since in the series: Rocky has a fearsome new opponent, he loses the first fight, there’s the usual training montage, and then Rocky wins the Big Fight at the End.

Apollo Creed has long been described as a Muhammad Ali stand-in, but I never got that- Apollo, a vocal businessman who came to the ring adorned with American flag trunks, had both a very different personality and different politics than those of The Greatest. But Clubber, despite emerging after Ali’s heyday, was much more of a direct analog. Mr. T also rode the role to cultural ubiquity, adopting many of Clubber’s catchphrases as his own, as one of a long series of memorable Rocky villains.

And yes, for 40 years, moviegoers have been shocked to discover, in Mickey’s funeral scene, that Rocky’s elderly trainer was Jewish. Every indication before that was that he was Irish, starting with his name being “Mick.”

Sure, a few things don’t quite add up. What, exactly, are the rules of the wrestler/boxer match? Is Thunderlips, unlike real wrestlers, actually fighting? When Rocky is told by Mickey that all of Rocky’s pre-Clubber opponents were subpar contenders, why didn’t Rocky know that already? Does the heavyweight champion not follow heavyweight boxing, or do any homework on the guys he’s training to fight?

Because I was a kid in the ’80s, I’ve seen Rocky III and Rocky IV many more times than I have any of the other films in the series. But I can say that Rocky III ranks as the second-best of the six movies that featured Rocky Balboa in the ring, behind only the original.

Smokey and the Bandit is Quintessentially ’70s