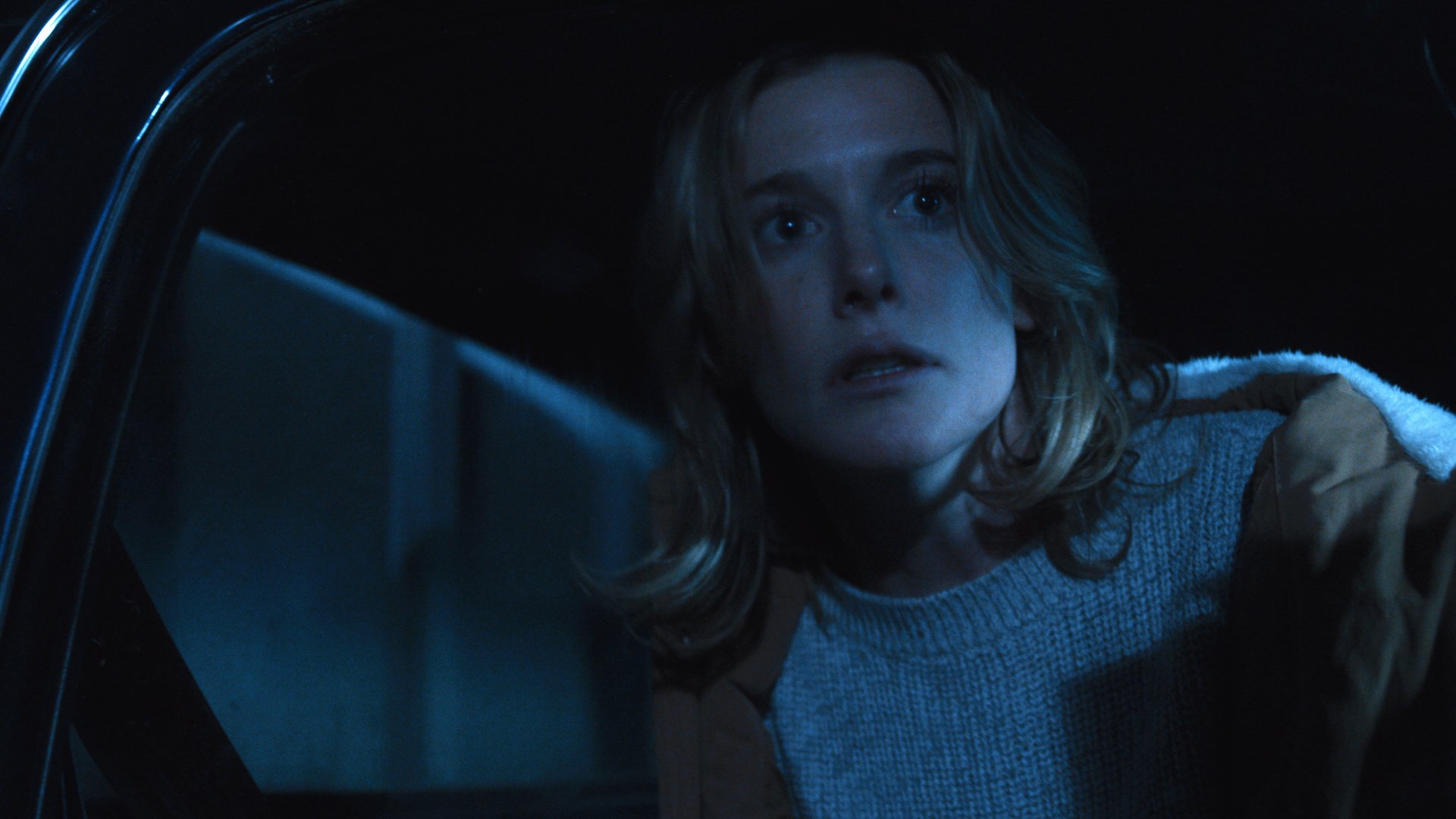 The most horrifying part of the slasher–comedy It Cuts Deep is the way the main character Sam (Charles Gould) reacts when his long-time girlfriend Ashley (Quinn Jackson) tries to broach the subject of marriage and starting a family. Sam, who could charitably be described as schlubby, suddenly freaks out the second Ashley says she wants to talk about something and tries to avoid the topic, before joking that she wanted to talk about trying out “butt stuff.” The supreme awkwardness of that early scene is the closet It Cuts Deep gets to being frightening, as it leans hard toward the “comedy” part of the horror-comedy label. Horror films have long been obsessed with the developmentally delayed man-child (e.g., Psycho, Maniac, and many more), but the writer and director Nicholas Santos has instead used the more modern man-child in the Judd Apatow mold as his horror film protagonist. (Gould even has the wild curly hair of Knocked Up–era Seth Rogen or Jonah Hill circa Superbad.) It’s a fruitful idea worth exploring, but someone else will have to try their hand at it, as Santos’ film is about as funny as it is scary, which isn’t saying much.

Just before that awkward diner conversation about commitment, It Cuts Deep shows a classic slasher scene, in which two teens are interrupted in one of their bedrooms by a figure in a jumpsuit brandishing a machete, who dispatches the two with no compassion, tough the violence is mostly kept off-screen. Cut to years later, when Sam is taking Ashley to his family to spend some time together for the Christmas holiday, though they’ve arrived a few days before his parents get back from vacation. Despite the idyllic feel of the wooded suburbs, Sam stars to feel jumpy and paranoid, and his sleep is interrupted by fears that someone is moving about the house.

His fears begin to solidify when he and Ashley run into the oddly cheery Nolan (John Anderson), who claims to be a friend of Sam’s even though Sam tries to hide from him the first time he glimpses him. Nolan’s presence helps bring focus to the opening murder scene, as he works on a road crew clearing brush and works in a jumpsuit and carries a machete around to hack at branches. He also reveals in an early chat with the visiting couple that his younger sister was murdered years before. Sam and Ashley keep seeming to run into Nolan around town, and as he tries to insinuate himself into their relationship, Sam’s oddly defensive behavior begins to give Ashley second thoughts about their relationship. Predictably, the trio gets down to the meaning of the opening murder scene, and any eagle-eyed viewer will likely have seen the surprises coming a mile away.

Santos’ idea to make a comic film about a man-child shaped by a violent and traumatizing event is intriguing and has plenty of comedic potential, but it stumbles with less-than-capable acting from Gould. He rarely nails a punchline, and most of his dialogue comes off as a string of badly improvised jokes. The real failure is with Santos, though. It’s his job to write funnier, more natural dialogue, but also to extract a more confident performance from Gould. Similar, Anderson’s Nolan is too goofy to ever legitimately be threatening, so there’s no sense of danger from him. Jackson is the real star of the film, and she plays a convincing straight woman to Gould. Despite playing second fiddle, she’s the most assured actor of the bunch, which might hint at how the film will turn out for some viewers. But she alone can’t make up for her costars and the film’s flimsy screenplay. It Cuts Deep points the way toward a possibly fruitful take on the slasher film, but it’s not up to the task itself.

‘Another Round’ is a Drunken Mess, but in a Good Way