*Please note that this article contains slight spoilers for Moonlight*

One of the biggest mis-steps in recent Oscar history came during the  2006 Oscar ceremony where the tone-deaf racial drama Crash was awarded the Best Picture prize over 4 more deserving films, most notably Brokeback Mountain. The gay romance film, inspired by the short story by Annie Proulx, was a rare mainstream breakthrough for the LGBT community at the time. Stunningly directed by the great Ang Lee, and home to show-stopping performances from Heath Ledger, Jake Gyllenhaal and Michelle Williams, Brokeback Mountain was easily the standout of the five nominees, with its brutal, unflinching tale of being gay in the wrong time and place resonating even today.

Last nights win by Moonlight went a long way toward righting that wrong, even after a last minute mix-up suggested that the crowd pleasing critical darling, La La Land would take away the award instead. Luckily things were rectified, and Moonlight earned it’s due, upsetting the Hollywood apple cart with a curve ball worthy of notorious twist-master M. Night Shyamalan.

Those who, like this writer, had only caught a few TV spots here and there, could certainly be forgiven for thinking that Moonlight was a tale of growing up in an urban neighborhood. While that’s absolutely a big part of the story, and why it resonates so strongly, there’s actually quite a bit more to the film.

The real bulk of Moonlight concerns a young boy named Chiron (Alex Hibbert) dealing with his burgeoning sexuality, and the discovery that he may be gay in a neighborhood where such a prospect is very unwelcome. The first hint we get of this is in the tender way he examines a friend’s facial bruising after a schoolyard scuffle. Later he sits despondent at the table of his surrogate father, Juan, and asks him outright “What’s a faggot?”.

As the young boy struggles with coming to an understanding about himself, his first piece of real insight comes in the realization that it makes him an outcast. Though Juan (a deft and subtle performance by Mahershala Ali, and one that deservedly netted him a Best Supporting Oscar) takes the gut punch of a question in careful stride, and his girlfriend Teresa (Janelle Monae) is particularly tender in her response, the heartbreak in young Chiron is laid bare, before being quickly doubled down upon by Chiron’s realization that drug dealers like Juan are the reason his mother (a heart-rending turn from Naomie Harris) cannot properly love and care for him.

It’s the first of many devastating scenes that showcase the reality of growing up gay in black America, a subject many of us (including this writer, for the sake of full disclosure) have spent our lives more or less ignorant to. We may have caught glimpses of it with characters like the gay stick-up man Omar on HBO’s The Wire but this is as far down the rabbit hole as any of us have really seen on this issue. Moonlight lines you up front and center with this particular rabbit hole and then kicks you all the way down to the bottom. 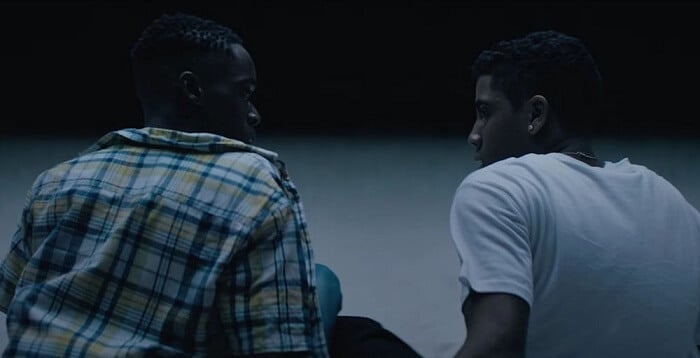 When we next meet Chiron (Ashton Sanders), it’s as a skinny, awkward teen dealing with the hellscape of high school. Regularly bullied by the same group of boys that taunted and chased him as a child, his plight has only grown more troubling as he has aged. Though he experiences a rare moment of happiness when he has a sexual awakening with another boy under the titular moonlight, that tender scene is quickly supplanted when that same boy is urged to beat him up by the bullies, and reluctantly obliges to avoid looking soft.

The need to appear tough, even when one is not, is a common theme of urban dramas but it has particular power here when showcased through the lens of a boy like Chiron, who can only finally summon up these skills after the cruelty of his classmates has destroyed him utterly. When he returns to school the following day and smashes a chair over the back of his tormentor, it’s a taste of the power and pain that has been visited upon him for years, and he relishes giving it back. Unfortunately, this results in his first arrest, and sends him down the road to becoming that which he despised as a child: a drug dealer.

This third and final version of Chiron (Trevante Rhodes), bursting with machismo, and bulging with muscle, is almost unrecognizable from the character we have come to know, and it is only through touching reunions with his mother and former best friend (played with careful grace and charm by The Knick‘s Andre Holland) that he can come to some kind of catharsis about his life and its struggles, and reconnect with that boy who once felt so free on the beach, under the moonlight. 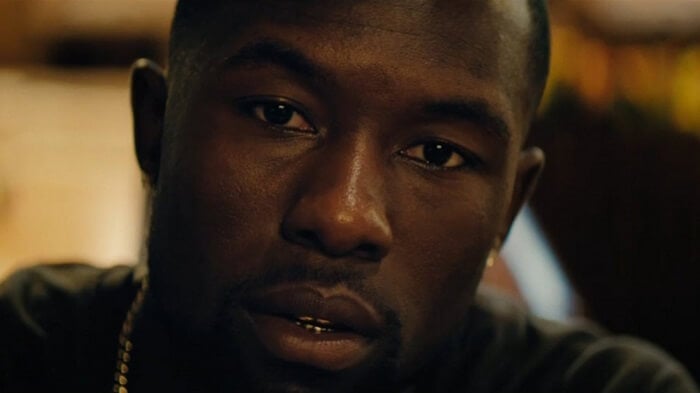 As an exploration of two of the most under seen demographics in North America, those so often relegated to the roles of secondary characters, to see a gay black man at the center of a film is truly a step forward for the film industry, and to have that same film awarded the most prestigious trophy that a motion picture can receive shows that there’s a place for films like Moonlight, and more importantly, for kids like Chiron.

With the Oscars coming off of last years black eye of the #OscarsSoWhite controversy, Moonlight‘s win is a signal for those who have felt left out, with their stories untold for so long, that things can change. Furthermore, in an America where hatred, judgment and rejection have seen a shocking resurgence, it is films like Moonlight that will offer us hope for a better tomorrow.

‘Pan’s Labyrinth’: A Masterpiece about Maturity