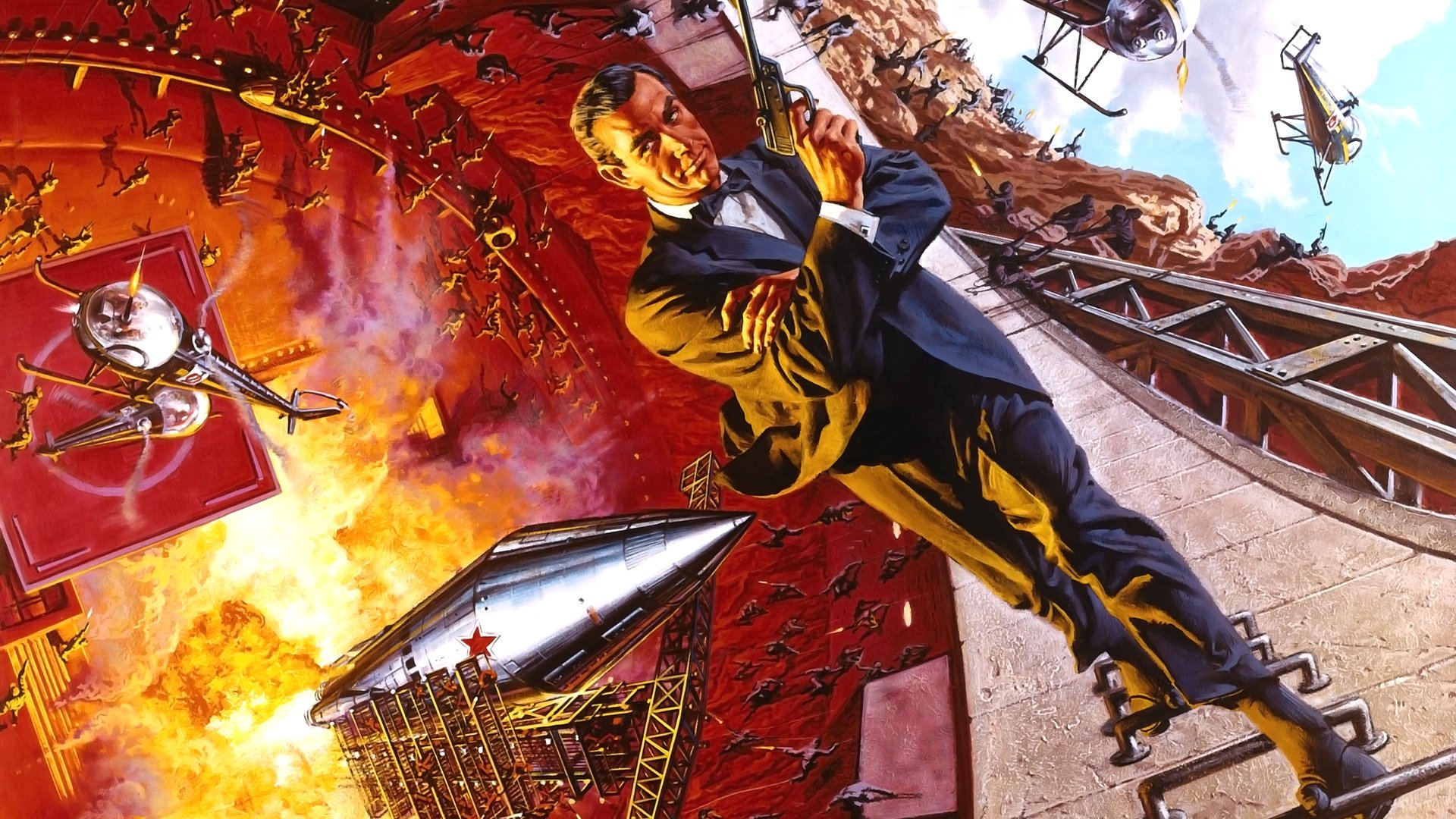 No matter how much time has passed, From Russia With Love represents the very best of the James Bond franchise. Skyfall might be the closest to be considered, at best – almost equal to what was achieved back in 1964 – but From Russia With Love is still unparalleled. Although it is the second in the series, and although it feels like no Bond film that followed, it is the film that solidifies all the Bond elements into a formula – a template that carries on, even today. Let’s break down what makes this movie so special…

SPECTRE’s Persian-stroking nemesis/mastermind Ernest Blofeld makes his first appearance and so does Desmond Llewelyn’s gadget-friendly Q (starting a run that continued until his death in 1999). Screenwriters Richard Maibaum and Johanna Harwood return, as do director and editor Terence Young and Peter Hunt. John Barry supplies the fine score by utilizing Monte Norman’s theme, and Sean Connery stars in his second of six 007 films. These elements and contributors all push the movie closer to the recognizable Bond formula, more so than its predecessor, Dr. No.

Given that the Cuban Missile Crisis took place just a year earlier, the Cold War timing that the movie presents must have felt urgent upon release. The action sequences in From Russia With Love lend greater tension to the proceedings. There are, in fact, four major set-pieces: The central piece and one of the franchise’s most thrilling scenes features a brutal brawl between Bond and SPECTRE assassin Red Grant (Robert Shaw), who mentally and physically face off in a confined space of a train compartment aboard the Orient Express. Among From Russia With Love’s other memorable moments is a powerboat chase that ends with an eruption of fire over water, a shootout at a gypsy camp, and a helicopter attack that resembles the classic scene in Hitchcock’s North by Northwest. Suffice it to say, every scene in From Russia With Love is exciting and demonstrates admirably the increased budget from Dr. No.

The production was cursed with many disastrous problems. A helicopter crashed while location scouting with director Terence Young onboard and the climactic boat chase set an actor on fire while injuring several other stunt performers. Its $2 million budget became bloated, and Daniela Bianchi suffered facial injuries in a car accident, stopping the production for a couple of weeks. Even worse, an actor died before completing his scenes, leaving Young standing in for the remainder of the shoot.

Sean Connery is served some crisp dialogue and prototypical quips courtesy Richard Maibaum and Johanna Harwood. Here he acts the role with slightly more confidence and familiarity than in Dr. No. It helps to be surrounded by an outstanding supporting cast that includes Miss Universe 1960, Daniela Bianchi and Lotte Lenya as Rosa Klebb – forever known as the vicious adversary who sports shoes with a poison blade at the tip. It’s worth noting that the bedroom scene between Connery and Bianchi still serves as a standard of screen tests for new Bonds and Bond girls. Pedro Armendariz (in his final acting appearance) is delightful as Kerim Bay, Bond’s Turkish ally who knows the sinister secrets of Istanbul, and even more impressive is Robert Shaw, stealing just about every minute of screen-time he is given. Shaw plays his part with the perfect combination of determination and devious wit.

The opening credits for From Russia With Love is one of few Bond title sequences not designed by Maurice Binder, but it’s still just as good! This one comes to us courtesy of Robert Brownjohn who was assisted by Trevor Bond with Lionel Bart’s composition mixed in between the 007 Theme. It’s a simple concept but effective no less. The title sequence is also famous for one thing: the way it shows the female body being literally objectified in every way imaginable. Sadly production designer Ken Adam (who was too busy with Dr. Strangelove at the time), is replaced by Syd Cain. The film lacks the elaborate, imaginative set pieces found in early Connery films, but makes up for it with the exotic location shooting in Istanbul. Q’s assistance also livens up the proceedings. Among the many gadgets given to Bond by Q-branch is a lethal leather briefcase with a detachable knife and a small can of tear gas hidden inside. The case also contains a sniper rifle, which is used to bring down the helicopter near the end.

From Russia With Love is tightly-plotted, and the shortest of the entire series. It moves at a brisk pace, features memorable villains and Connery is in top form. It’s vividly directed, well written and aptly blends intrigue, romance, and action into a satisfying whole. It doesn’t get any better than this.

Passing: A Moving Tale of Feeling Insufficient In Your Own Skin