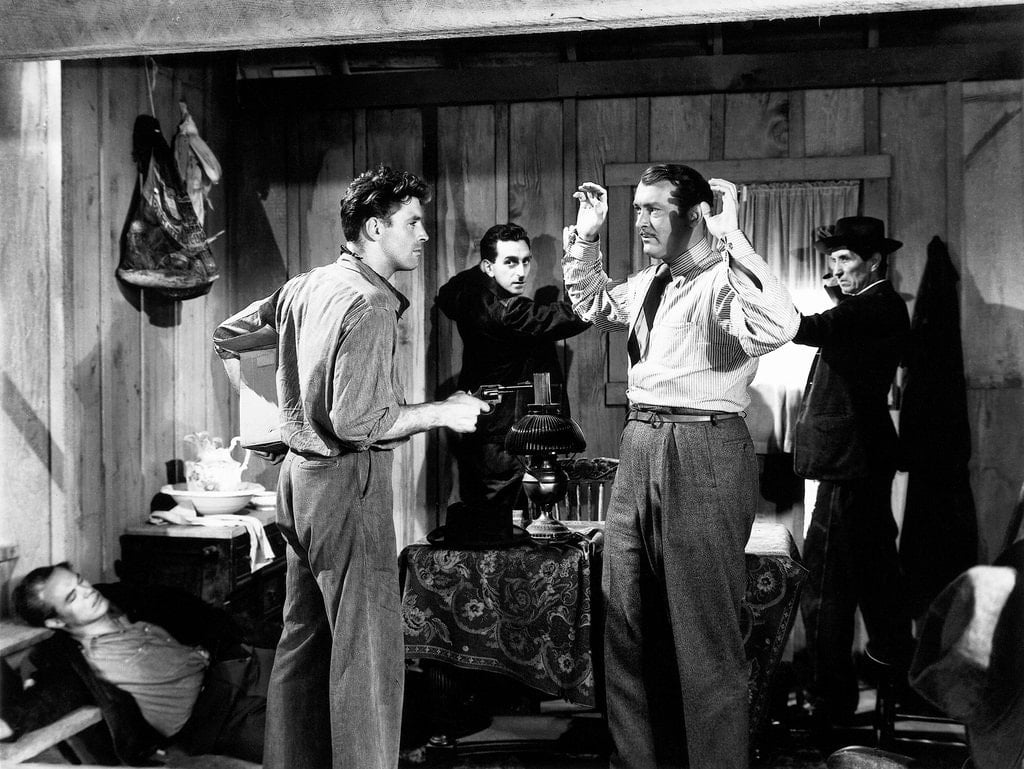 via The Criterion Collection

Without question, Robert Siodmak was one of the great stylistic directors working in Hollywood during the 1930s, 40s, 50s, and even into the 60s. Arriving from Europe as so many of his continental colleagues did during the period when the indescribable evil of Nazism, had begun to spread its tentacles across their homelands, Siodmak brought with him to the film industry a stunning ability to construct rich films which balanced sharp storytelling and brilliant German Impressionistic visual allure, the latter which helped pronounce the often dire, sad, paranoid tone the stories themselves championed. The excellent thriller The Spiral Staircase (1945) and the underseen noir Phantom Lady (1944) are but two examples of Siodmak working in remarkable harmony with strong scripts and his cinematographers to produce not merely gripping tales, but gripping cinematic experiences of the classic period. In 1946, Siodmak and his creative team turned to a Hemingway short to create The Killers, yet another stellar film from the 1940s, the time when Siodmak was possibly at his creative peak.

In the small town of Brentwood, two contract killers (William Conrad and Charles McGraw) arrive at a diner one lonely night. They have no intention of staying for a meal, for they await the arrival of an employee from the gas station across the street, Ole Anderson, nicknamed ‘Swede’ (Burt Lancaster). When it becomes clear he will not show, they take it upon themselves to reach his small apartment home to finish him off. Oddly enough, the target offers no resistance and is promptly shot. Enter Jim Reardon (Edmond O’Brien) of an insurance company tasked to verify the circumstances of the poor fellow’s demise for technical purposes, but the more Jim learns of what led to the murder, the more interested he becomes in Swede’s story, eventually adopting the role of police detective of sorts, with a host of characters either helping to fill in the blanks or lead him astray:  the man’s two former loves (Ava Gardner and Virginia Christine), a detective he once befriended (Sam Levene) and the gangster who may or may not have betrayed him (Albert Dekker), just to name a few.

To get the obvious out of the way, The Killers is a beautifully shot and edited film. It is efforts like this one that reminds viewers how special that period of Hollywood was. At a time when films could only be produced in black and white, directors, the great directors at the very least, found inventive ways to express emotions and tone through a visual style and colour palette few contemporary filmmakers dare approach. As previously stated, it is in this respect that director Siodmak, naturally with the great help of his cinematographers (Elwood Bredell in the case of The Killers) truly made a name for himself. The mere visual cue of two shadowy figures walking into frame from behind a building in a bright ray of light in the film’s opening credit sequence, a simple concept truth be told, instantly has the viewer recognize and feel the impending danger. In mere seconds the movie has explained that the town is asleep, it is a quiet night, but two threatening forces have entered the picture carrying the immeasurable potential of destruction and fear. The movie performs similar feats time and time again all throughout the story, be it for high or low angles heightening the disequilibrium between characters, a funeral scene shot as though it were occurring in a dream rather than real life, or a prison cell scene that feels as serene and beautiful as a stroll in the park at night. From an aesthetic point of view, The Killers is a masterclass in filmmaking.

The Killers is a Magnificent Blend of Style and Story

The intent of visual style of course is to produce a definite tone. As such, The Killers is a deeply sad, emotionally bruised film. As Jim interviews people who knew Swede, the latter’s story is told through a series of flashbacks, a risky proposition in of itself. Knowing how a story ends before it ever really begins always carries the risk of lessening the dramatic impact. Not so with the The Killers, which portrays Swede as an all-around okay chap who followed his instincts a little too closely, which led him down the criminal path which eventually betrayed him. The film never makes the case that Swede had a terribly bright future ahead of him either. His greatest opportunity at wealth and a career was as a boxer, yet even his trainers admit he was far from the best fighter, which meant they could easily get rid of him once his right hand broke. Several of the interviewees and people who assist Jim in unravelling what happened do profess to have some fond memories of Swede, like Sam Levene’s Lt. Lubinsky and a former prison inmate named Charleston (Vince Barnett). There is a general acknowledgment that Swede was just a decent person who lost his way, eventually realizing there was no longer any escape from the trouble he partook in. The coup de grâce is the fact that the viewer knows where Swede’s path concludes, therefore giving each episodic flashback a tinge of additional melancholy.

The Killers is gifted with an exceptional cast as well. Burt Lancaster, acting in his first major screen role, is the perfectly unwilling patsy to the machinations of his less than trustworthy criminal cohorts. Lancaster is completely genuine in his performance, playing the part of a lost soul with a good side to him but too desperate and dumb to carve a less risky path for himself. Edmond O’Brien was always very good at playing the sharp, dedicated, investigator type and The Killers is no exception to the rule. Where his role is a bit out of the norm is, in trying to convince his employer of the utility of investigating the case, he keeps upbringing the fact that their company can reclaim plenty of money. Is this the real reason Jim cannot let go of Swede’s story or is there some ulterior, personal curiosity-driven motive? The film never explicitly argues for either possibility, which makes his character all the more curious. Sam Levene is as dependable as always, playing the detective role with cool and intelligence. Albert Dekker brings subtle menace as the lead antagonist Swede’s chief rival for a woman’s affections. There are only two significant female roles to speak of,  Lilly, played by Virginia Christine (perfectly fine but not given nearly as much to do as Gardner)  and Kitty Collins played by Ava Gardner, with the latter being the standout. She fits the mould of the sexy femme fatale with incredible ease, although adds a layer of genuine likability to the role. Kitty never feels like a mean-spirited individual and in fact, gives the impression that she might be quite a pleasant woman to have around, but of course, reality dictates otherwise in the end.

The movie comes achingly close to earning top marks across the board. Unfortunately, the dying minutes perform a mediocre task of finally explaining who opted to have Swede wasted and why. It feels too pat, too neat, and therefore like an afterthought more than anything else. There is an argument to be made that the journey should count more than the destination, and in this case, the journey is fantastic, but its wonderful quality may want viewers to arrive at a great destination as well, which is not quite what The Killers delivers. On the flip side, the opening sequence leading to Swede’s death is absolutely amazing for how unbearably tense it is. By no means do the disappointing final scenes prevent Siodmak’s movie from earning a high recommendation. The Killers features an excellent story told with remarkable artistry from one of the great directors of the era.

Dark City Serves as a Fine Introduction to Charlton Heston