Making its world premiere at Fantasia International Film Festival, Our House is a remake of Matt Osterman’s micro-budget Phasma Ex Machina (also known as Ghost From The Machine), a film which also debuted at the Fantasia back in 2010. It’s the first feature of director Anthony Scott Burns, who directed the standout segment “Father’s Day” in the horror anthology Holidays, and despite what you may have read, Our House is a better-than-average supernatural thriller that uses familiar genre tropes to explore the psychological perils of dealing with grief.

Ethan (Thomas Mann) is a college student on the verge of an electronic breakthrough — only he doesn’t know it yet. With the help of his friends, he’s close to developing a machine that generates wireless electricity, and unbeknownst to them, his machine can conjure something extra-dimensional. When his parents are killed in a car accident, the science wiz leaves college behind in order to take care of his younger brother and sister (Percy Hynes White and Kate Moyer). Of course, he brings his project with him, but as he continues his lab work, strange things start happening that lead him to believe the device has the ability to awaken the dead. It doesn’t take long before the three siblings try to use the machine to communicate with their deceased parents. Unfortunately, not all the spirits living in the house are friendly.

A machine that can bring back dead loved ones seems like a great idea…until you unleash the wrong spirits. 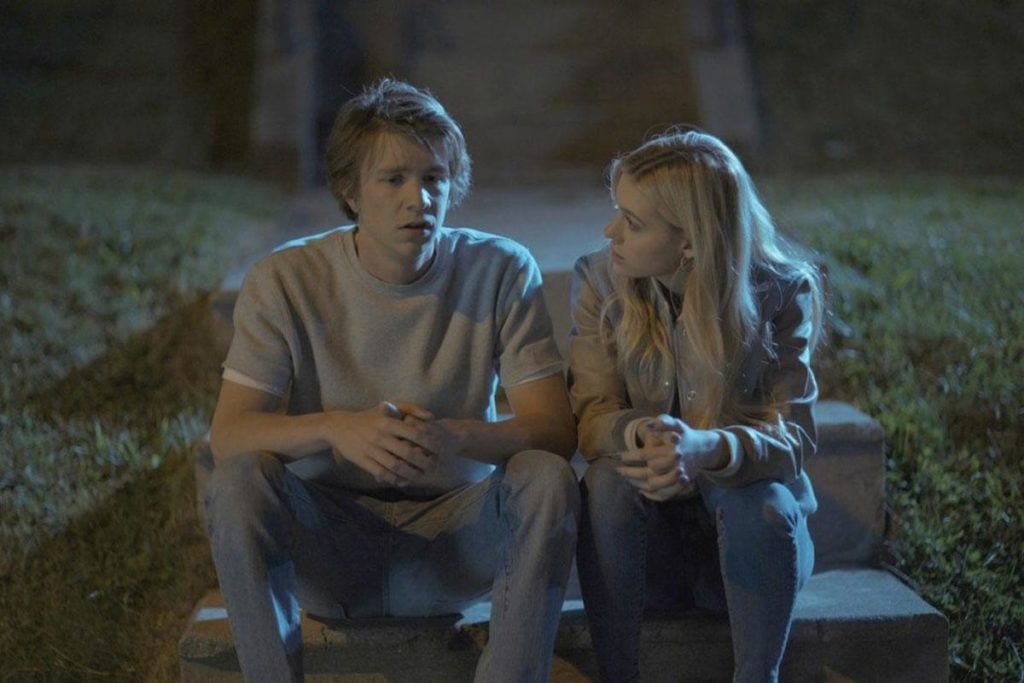 Burns‘ feature debut, written by Nathan Parker (Moon), is filled with familiar beats and turns, echoing supernatural thrillers from the 1980s when Steven Spielberg dominated the box office. But beyond the supernatural trappings is a movie about the grief process and learning to let go. Much like The Witch In The Window, Our House focuses first on the family drama. It’s a movie more concerned with the three recently orphaned kids trying to move on with their lives than it is about scaring the audience.

While the first half of Our House unfolds as a portrait of a broken family, it’s in film’s second half that the paranormal activity begins. Truth be told, Our House loses nuance as it moves inevitably towards the scares, relying on ominous shadows, a creepy Raggedy Ann doll, a message scribbled on a mirror, and voices that only a child can hear. If none of this seems particularly original, it’s because it’s not. What we get is essentially a string of tropes you’ve seen countless times before. 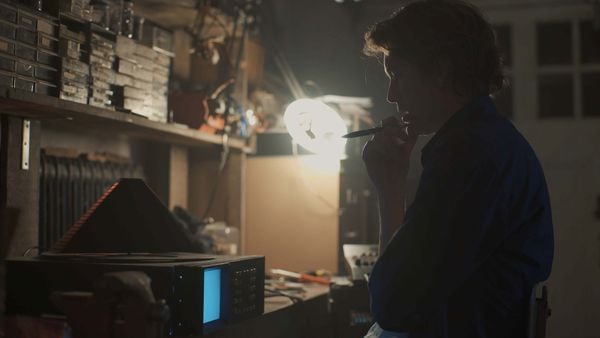 Yet despite all this, Our House distinguishes itself with its deliberate pacing, its use of sound and crosscutting, its soundtrack, and more importantly, the performances of all three leads — most notably Thomas Mann, who does an exceptional job capturing how Ethan is struggling to hold himself together while the family is falling apart. Our House is far from great, but it’s at least a satisfyingly old-fashioned ghost story that expertly uses horror elements to explore the family trauma as the siblings cling to the hope that they can somehow re-connect with their loved ones.

‘Tabu’ – Will Transport you Back to the Golden Age of Cinema