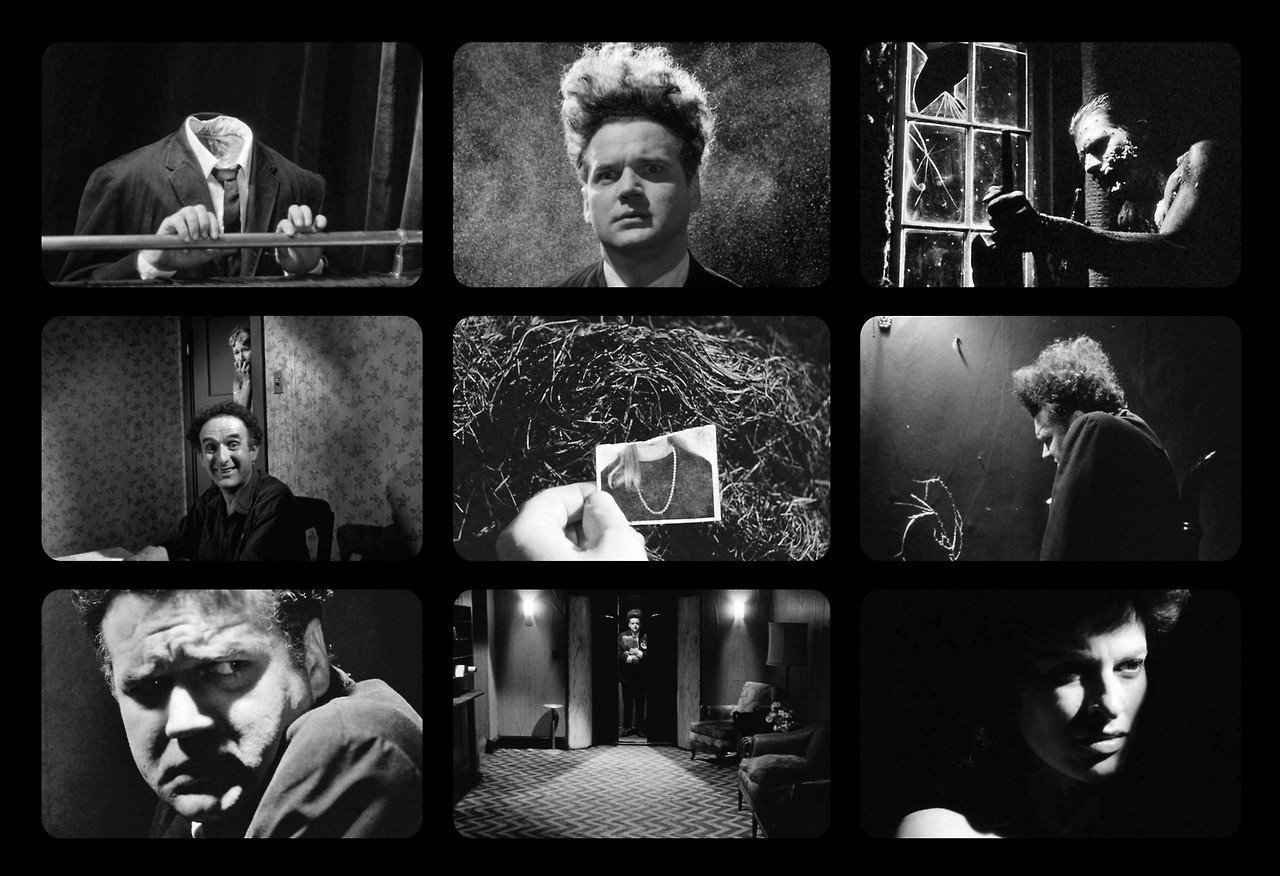 Midway through Eraserhead, David Lynch’s midnight-black dreamscape, the terror is momentarily interrupted by the hauntingly breathtaking song, whispered by the disfigured chipmunk-cheeked chanteuse, Lady in the Radiator (Laurel Near), as if to let the audience in on something indescribable, to give them an out from the ceaselessly tiresome domestic grind.

”In heaven everything is fine,” she sings, willed into form from inside a radiator, in a tone that is both gentle and calm, and touchingly naïve.

While equally as otherworldly as what has been shown before it, it is nestled somewhere that is associative of the limitless bounds of the moving image, looking in from a point at which such problems as family, loneliness and child-rearing live, no matter the reality.

After all, Lynch establishes in this first feature of his, there is warmth, beauty and peace to be found against those (supposedly) red curtains that will go on to spell fear, masking his otherwise naturally repressive tendencies that play with logical, and narrative, expectations.

In Henry Spencer’s (Jack Nance) mind and isolated existence — set in the blacks of a nondescript wasteland of a town and his frugal apartment building that is rotting from the inside — his issues he has to confront are as frequent as his non-stop attentiveness, assuming the point of view of the audience, trying the make sense of his surroundings, the people around him, that mewling baby (whose screams keep him awake at night like some sort of wake-up call) and his psyche that is – figuratively – thrown into perpetual freefall.

Eraserhead: A dream of dark and troubling things

Spencer’s parasitic apartment, all dirtied up by grime and dead vegetation that still somehow likely grows, is as much a representation of a sense of paranoia manifesting in his thinking as it is of an inner fear that is never let loose. In those walls, it is instead held to fester, growing inwardly (the figurative) and outwardly (the visually literal).

Sliding in and out of coils of memorably distinct trances that will either scar viewers or puzzle them to pieces, Lynch’s Spencer, observant and tethered to a nightmare, is at once alienated by his existence, seeing it anew through a somewhat broken lens, witnessing intangibilities that begin to reveal the effects of the place he inhabits before it does of himself.

Every now and then, he seems, while caring for and staring at his child, to find comfort in fixing his attention on the radiator that the camera slowly enters in and out of — communing with the forces beyond terra firma – drawing dreamlike images that both surprise and shock.

Similarly, this existence is, by extension, one that leans on the shifting contrasts between that relief and detachment, which Lynch brings to imagistic detail through Spencer’s physical state of being (the real) and spiritual mind (the unreal), where there is a hopeful chance at self-control, a heavenly escape where “everything is fine,” whose hints at partial savagery is leaked into the gutters of Spencer’s world, further blurring the lines between the surreal and the real.

Creativity and finding meaning in the face of hardship and sadness loom large here.

Also, in large part, the senses, as presented and felt in Eraserhead, couldn’t be more different from conventional truths.

When he is invited to have dinner with his girlfriend Mary X (Charlotte Stewart) and her family, a gathering poisoned by a stifled atmosphere, there is an entwining of two realities, as if the chronic dreams Spencer is supposedly experiencing were creeping into his worldview, clouding his – and, for that matter, the viewer’s – judgment and the arrangement of the two ideals.

Spencer, a quiet and courteous man, at no point comes close to expressing himself strongly.

Yet, it’s the viewers’ observance of Spencer – who’ve tried to decode him for decades now – that makes him one of the most expressive characters in Lynch’s body of work, lending and inner expressive reflexivity rather than volition.

This may arguably be the genesis of what would become the splitting of the two souls, the idea of duality, which much of Lynch’s work would go on to be based around,

Among its many “other” interpretations, like the few ones outlined (and of which I am trying to be part), Eraserhead is otherwise split between two popularly notable extremes that mostly stand out: the forceful attempt at domesticity and the burdensome fears of being thrown into the unpredictability of parenthood whose finality means ceasing to exist.

This very incident is seen in reverse in Lynch’s masterfully directed, The Elephant Man, when John Merric, the tragic character victimized as a circus-freak, nods off, in his fading out seen off by his mother, reifying the distant bond between parent and child, dead or alive. Although she no longer exists, her existential worry, that indefinable trait so tied to motherhood, persists through association.

Using a mix of earthly sounds that are as potently relatable – including the screams of the alien-like baby – as everyday noise, here in the aural form of grinding sounds of industrial machinery and movement, Lynch tucks reality underneath surrealism, validating the ridiculousness of human experience.

Listening to Eraserhead, without knowing what it is that is going at all times, is to listen to the hums of life itself.

He also stresses suspect sounds happening outside of the frame that suggest something more sinister at work, as writhing, goo-spurting pieces of chicken would have you believe, only to cut to puppies nursing.

This quick cut, just enough lit and contrasted by cinematographers Herbert Cardwell and Frederick Elmes , stands out, mostly because it may not look like this at first, and partly because of the black and white.

Being mere inches away from touching the familiar is what heightens the mystery, the horrific and the foreign forces that cast its canted shadows across his scenes from which — on the part of the character and the viewer (whatever the circumstances under which they’re watching) — escape is the awakening of the senses.

But awakened into reality becomes a risky tradeoff: the continuous existence of the mundane against our being’s ego – and complex brain function – of wishing to experience more than what is given, to get to be the superman Peyton Farquhar becomes at the end of Ambrose Bierce’s short story “An Occurrence at Owl Creek Bridge.”

To Lynch, the risk of facing the strangeness just to get at a potential epiphany is worth the psychological expense, toll, one’s lot in life, and the creativity that brings in navigating life itself, with different dimensions in mind.

It’s a heightening of the senses that trounces comprehension, rather than asking for it.

Because there is no formally official explanation for Eraserhead, there is no other way to get to the bottom of it but to grapple with its intricacies.

Ranking the Films of David Lynch

My Cousin Vinny at 30: A Delightful Legal Culture Clash