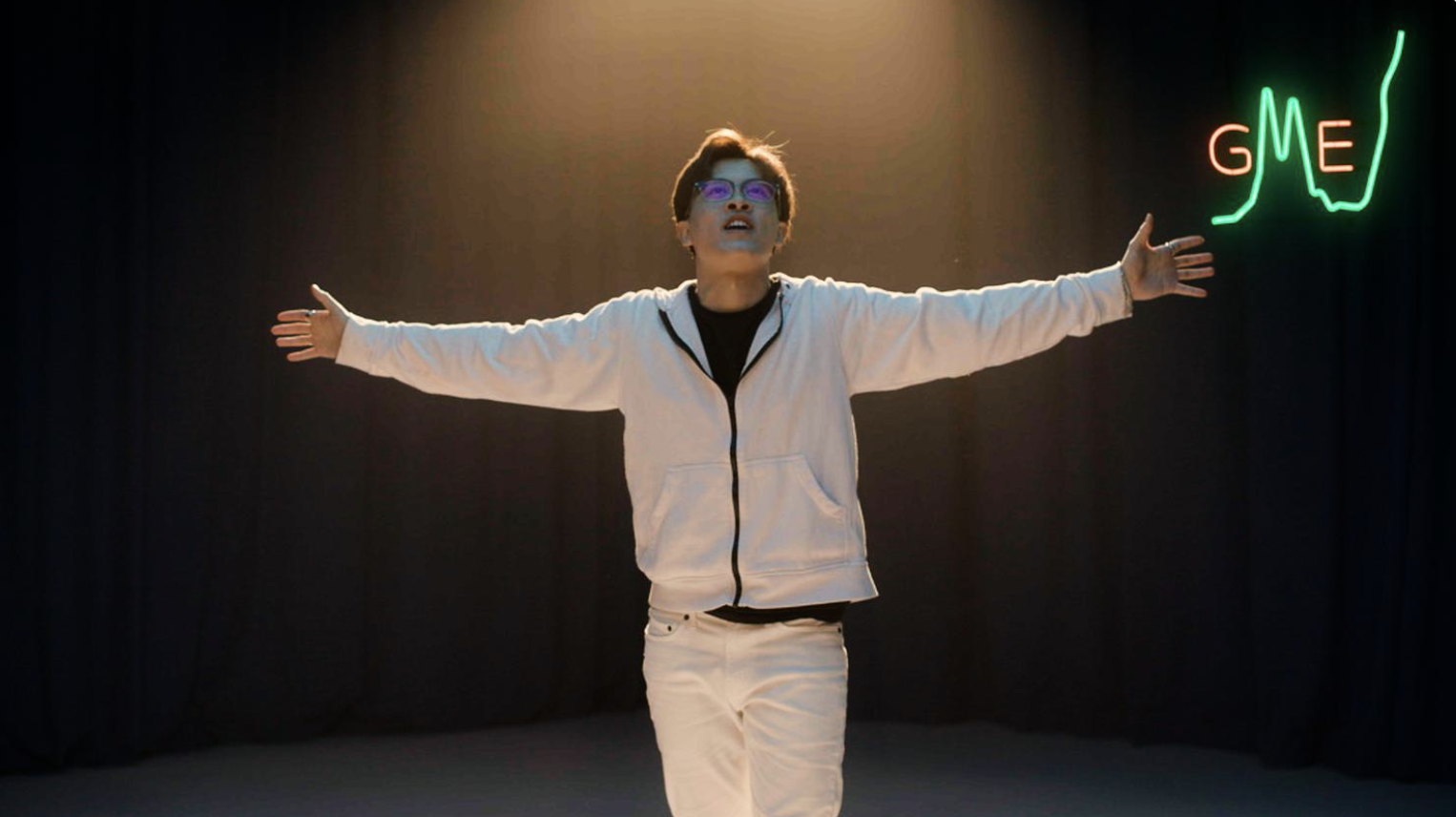 Do you remember those couple of weeks in January of 2021, when a group of amateur investors on Reddit brought some of the world’s richest hedge funds to their knees while blasting the value of dying mall retailer GameStop into the stratosphere?

It was a fascinating business story, one very much of the moment, and only made possible by the convergence of the pandemic, the current era of social media, and widespread mistrust of public institutions, from the government to Wall Street. It also introduced a whole lexicon, from “stonks” to “tendies” to “paper hands’ and “diamond hands.” And that it happened days after January 6 somehow added to the surrealism.

Now we have a documentary about the saga, titled Diamond Hands: The Legend of WallStreetBets.  Directed by Drea Cooper, Zackary Canepari, the documentary is a fair, well-explained, and entertaining look at what happened. The doc premiered at South by Southwest and will air on MSNBC in April.

In just under 90 minutes, Diamond Hands shares the background of the affair. The advent of easy-to-use, fee-free services like Robinhood created a massive new class of “retail investors,” who could reach conclusions very different from those of professional investors.

In 2021, members of the Reddit forum WallStreetBets went all-in on GameStop, a company that had been struggling for years, to the point where short positions made up 140 percent of its shares.

The stock moving up led hedge funds holding short positions to panic- that is, until Robin Hood and other online brokerages suddenly stopped allowing purchases of GameStop and other stocks favored by the retail investors.

The result was that some of WallStreetBets Redditors made massive amounts of money, while others lost their shirts, depending on the exact timing of when they sold- which is not too different from how investing and day-trading has always worked, at least at its most irresponsible margins. Several of them tell their stories in the documentary, including those who won and lost.

One thing I always found fascinating about the Reddit/GameStop incident was that it didn’t really fit neatly along left-right lines, nor along bro/non-bro lines. The hedge fund guys were making decisions out of greed, but then so were the Reddit users.

The film is more geared towards’ the Redditors’ point of view — mostly because the hedge fund guys and others on the opposite side of the story did not participate — but it isn’t a complete endorsement of everything they did. Without coming right out and saying it, the filmmakers seem to be making the clear point that no, you should not bet everything you own on a stock, especially if you just learned about investing for the first time two or three months ago.

Indeed, some of these people are embarrassing dorks, especially the guy in the helmet. If you’re going to be interviewed in a documentary, please: Do not wear a costume. I grant you this isn’t exactly my scene, but the memes these guys produce are just ludicrous, and the sea shanty at the end isn’t much better. Even the more down-to-earth people seemed a lot more excited about the moment when GameStop’s stock hit $420.69 than they were about making money.

But hey, these people made history, so more power to them.

Also at South by Southwest, in the tech conference portion of the program, legendary former Nintendo boss Reggie Fils-Aime spoke about his brief tenure on GameStop’s board and was clear that he’s not happy with the current direction of the company.

Multiple other movies about the saga have already been optioned, including one based on a yet-to-be-published nonfiction book by Ben Mezrich, who wrote the book that was the basis for The Social Network, and who was once a writer for Billions. That show, surprisingly, did not base any plots this season on the GameStop affair, although it does have one character who wears a “Stonks” t-shirt. It would also appear an eight-hour Netflix treatment is inevitable.

South by Southwest celebrates the convergence of the interactive, film, and music industries. Follow our coverage all month!

Women Do Cry Strikes at a Hypocritical Patriarchal Society

Mickey: The Story of a Mouse Explores a Century of Disney’s Greatest Icon