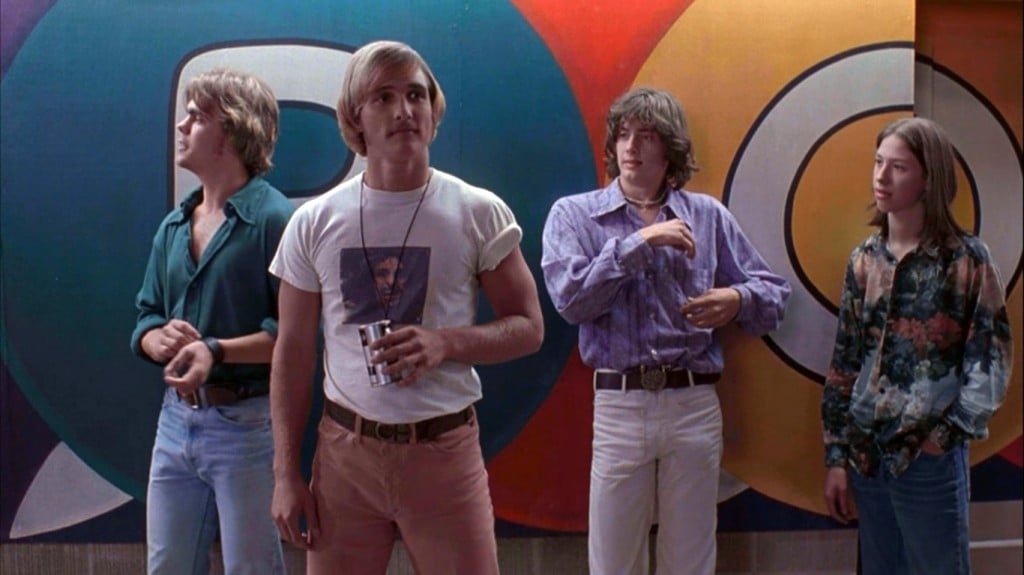 Richard Linklater’s follow-up to Slacker, Dazed and Confused, flopped at the box office, but Dazed and Confused went on to become a huge cult hit. It’s set somewhere in suburban Middle America (filmed in Texas) on May 28, 1976, on the last day of school, and everyone’s looking for something exciting to do. The incoming freshmen students must spend the day fleeing from bizarre initiation rituals from paddle-wielding, abusive seniors – while everyone else does their best to get stoned or get laid. Set over the course of 24 hours, Linklater’s observations about the rituals of teenage life, and about small-town mentality, is spot on – as is his attention to the smallest details of time and place. The camera swerves between some two dozen youngsters and a handful of stories, but Linklater keeps everything and everyone on the same level. All parties congregate at a huge beer bust in the middle of the woods, but amidst the keg parties, fights, dope-smoking, classic rock tunes, and endless partying, not much happens.

Taking the title from an early Led Zeppelin anthem, Linklater seemed determined to make a movie similar to American Graffiti, only free of nostalgia. As Linklater famously said, “there’s something unproductive about nostalgia, about thinking backwards instead of forwards”. While the final result of Dazed seems quite similar in structure to Graffiti, in tone, it feels like a different beast. In Graffiti, Lucas directs as someone looking back on the 50’s from the 70’s. Dazed, on the other hand, could easily pass as a film made in 1976. “The more things change, the more they stay the same”.

Lesser filmmakers would cram every scene with pop culture references and in-jokey aspects of the time, but Linklater is better than that. Sure we get the obligatory soundtrack and fashion of the 70’s, but Dazed is without a hint of nostalgia. Linklater, himself a product of the ’70s, is first and foremost interested in a wide variety of personalities instead. From the resident stoner (Rory Cochrane) – to the senior divas (Parker Posey and Joey Lauren Adams) – and senior jocks (Ben Affleck and Cole Hauser, respectively) – to the trio of intellectuals (Adam Goldberg, Anthony Rapp, and Marissa Ribisi), Linklater does what he does best; he carefully observes human behaviour, and presents his large ensemble cast without any judgment. Linklater is fully aware that his characters are flawed, but he has always been interested in people who are still forming, and still deciding what they want in life. 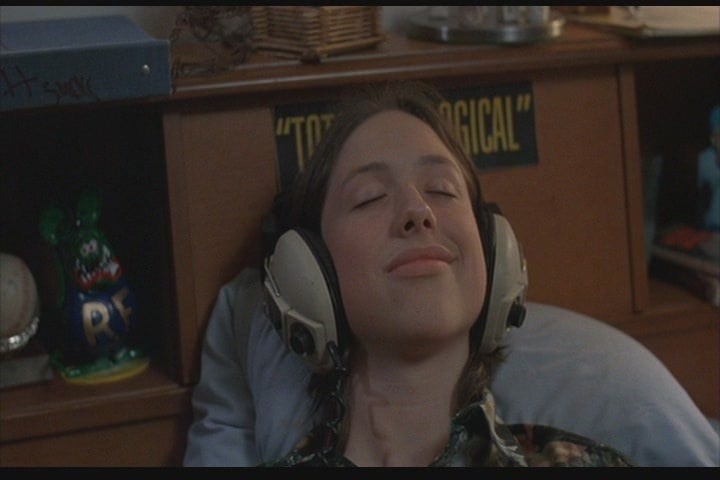 Of course, it helps that Linklater rounded together such an incredible young cast, many of whom, went on to become big stars. The casting director was Don Phillips, who was also responsible for bringing together the then-unknown cast of Fast Times at Ridgemont High. Much like Amy Heckerling’s ’82 cult hit, the cast’s lack of experience provides an inherent naturalness to their performances. Juggling more than a dozen characters throughout, the film doesn’t necessarily have a main protagonist, but perhaps the two most relevant characters are Randall “Pink” Floyd (Jason London), the high school quarterback, and Mitch Krammer (Wiley Wiggins), an incoming freshman. Mitch might get more screen time, fully embracing the high school culture of hazing, drinking, smoking weed, and meeting girls for the first time in his life – but Randy is the true heart and soul of the pic. Not only is he at the centre because he associates with everyone in school, but he’s also the only character who has an important decision to make (sign an anti-drug commitment or get kicked off the state championship team). While everyone else is signing the pledge, Randy refuses. Despite being a teenager not unlike anyone else in the film, he has a deeper understanding of his surroundings and so when Floyd eventually tears up the agreement, it speaks volumes about his maturity level.

The main core of actors, all do a fine job with their respective roles, but there are two highlights here. The first is Ben Affleck’s O’Bannion; a returning senior who takes sadistic pleasure in inflicting the painful hazing ritual of paddling to the freshmen teens. Playing the quintessential asshole jock, the paddle-happy O’Bannon is a character you just love to hate. He is the film’s villain, but he is also the film’s joke because it becomes clear, his frustration in life is that deep down inside he knows he’s a failure. Then there is Matthew McConaughey in his feature debut as Wooderson, the guy who graduated high school but still hangs around hoping to hold on to his glory days. His line about his love of high school girls will forever go down in history as one of the greatest line readings in American Cinema. “That’s what I love about these high school girls, man. I get older, they stay the same age”.

Much like Slacker, Linklater’s directorial debut, Dazed was shot over a couple of months, only this time Linklater had a much larger budget ($6 million) to work with. The way sound and image come together are virtually flawless. From the slow-motion shot of an orange Pontiac GTO pulling into the high school parking lot to Aerosmith’s “Sweet Emotion” – to Alice Cooper’s end-of-year anthem, “School’s Out,” blaring over a images of empty hallways and empty lockers – Linklater’s mis-en-scene captures the rituals of American youth culture in the 70’s with such loving authenticity, that it’s nearly impossible to resist. Thematically selected tracks, from Nazareth, Peter Frampton, Kiss, Ted Nugent, and Led Zeppelin help drive the narrative forward, and even more impressive – none of the music predates its setting. While there are many similarities between the episodic Slacker and Dazed and Confused, the fundamental difference is that Slacker is about finalizing each scene as they shoot. Dialogue drives the narrative in Slacker, whereas Dazed and Confused is all in the editing. Slacker is made on instinct, whereas Dazed is meticulously planned out. Both have their charm, but Dazed is without a doubt, the better film. Dazed and Confused may not be Linklater’s best film, but it will forever stand as his most beloved if only because it perfectly captures the restlessness of American youth, no matter what generation views it.

Fantastic Fest: ‘An Evening with Beverly Luff Linn’ is a Movie You Won’t Soon Forget, for Better or Worse

Fantastic Fest: ‘Starfish’ – Multi-sided and Pretty to Look at, But Slow Moving