A Cure for Wellness is Exactly That

Bob's Burgers: The Movie is a Decently Delicious Patty

A Cure for Wellness Review

Searching for happiness in the rat race of the modern world is fraught with minefields of soulless distractions, shiny objects whose lustrous appeal promises wealth, and hopefully with it the sating of both body and spirit. All too often, however, these pursuits take more than they give, wearing us down with mere facade, until the end, when their utter emptiness is finally revealed. Life is full of bitter pills waiting to be swallowed, and not all of them turn out to be medicine. With its candy-coating visuals and mysterious atmosphere, A Cure for Wellness does its best to make the dose as palatable as possible, definitely seeming like it will at the very least be a nice placebo for fans of trippy, psychological horror. Eventually, however, that glossy exterior dissolves, revealing the toxins contained within.

The feeling of being a guinea pig taken advantage of in a clinical trial for insidious filmmakers is only noticeable in hindsight. After all, how is one supposed to know what’s harmful until the treatment is actually administered? And really, the cinematic drug of A Cure for Wellness does yield some positive results at first. When a young up-and-coming financial executive named Lockhart (Dane Dehaan) is sent by the board of his firm to retrieve the company’s CEO in order to answer for various discrepancies that may affect a big-time merger, he sets out impatiently for a high-end spa located the base of the Swiss Alps, determined to fulfill his mission and move that nice corner office he currently occupies up a floor. Upon arrival, he finds that business is not going to be resolved as quickly as he’d like and that something strange is happening in this place built upon the haunting, two-hundred-year-old ruins of a burnt-down castle.

So far, so good. A foreboding tone is established immediately, hammering home a dreamlike mood that we know will soon turn into a nightmare. Director Gore Verbinski has never had a problem with composing arresting images, and the first act of A Cure for Wellness is loaded with visual motifs that taunt amateur shrinks into forming analyses that could pay off later. From the endless reflections (off of train windows, car windows, any windows, glassy ponds, and even the bulging eye from a stag head hanging on the wall) to the perfect spiral driveway leading up to and down from the spa grounds, not a chance is wasted to make sure each frame supports the eerieness. Though reveling in symbolism almost to the point of being humorous, the shots and pacing of the opening act really do lend the film a distinct and intriguing vibe, drawing the willing viewer deeper into the bizarre proceedings with stylish confidence that is refreshing, even admittedly cool.

This type of filmmaking might have been enough to carry A Cure for Wellness through to the credits, but unfortunately, Verbinski seems to ease down on the horror chic about halfway in, and inexplicably starts to rely on the strengths of characters and story, themselves as wispy and well-constructed as a forgettable dream. Once the eye candy is gone, what seemed like a mildly-diverting take on the perils of both wasting away at an office and obtaining cheap serenity from cult-like healing centers takes a turn for the worse, getting lost in its own ludicrous puzzle. A tale of the horrific history of the grounds never really makes any sense, but halfway through the film goes all-in on it, shifting the focus away from themes of health and more into lame conspiracy coupled with crackpot science. 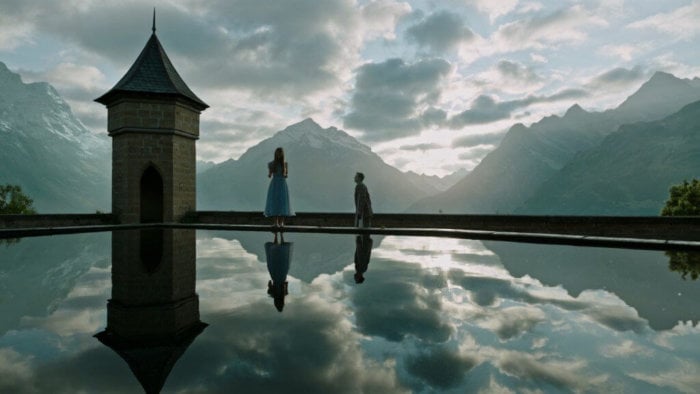 The tedious madness culminates in an ending that at first seems only as harmful as a bad aftertaste, but then won’t go away. For those who aren’t immune to utter nonsense, the poison slowly works its way into the cinematic mind, producing greater and greater amounts of bitterness and resentment the more the film is dwelled upon. The climax assigns ultimate importance to relationships that were never really established, and comes off like a betrayal. That the finale acts as though it were revealing some macabre surprise, despite it being blatantly telegraphed and seemingly intended to be understood early on, makes matters all the more confusing, and disappointing, when after nearly two-and-a-half hours, the end suddenly arrives with a thud.

Through it all the actors do an admirable job of holding threads together the best that they can, but Jason Isaacs’ icy charm as the suspiciously villainous doctor running the show can only go carry things so far. Dehaan does his job quite well, managing to somehow create a financial douchebag worth rooting for, and he brings enough energetic indignation, and eventually justifiable rage, in response to the obtuse mystery. Mia Goth also fares well as a childlike ethereal creature, one who doesn’t seem to belong to anywhere, at home neither in the idyllic courtyard of the spa nor the shady pub in the village down the hill. Even the various extras, with their cold politeness and Swedish-like physical perfection, add to overall ambiance. A shame that their efforts were wasted. 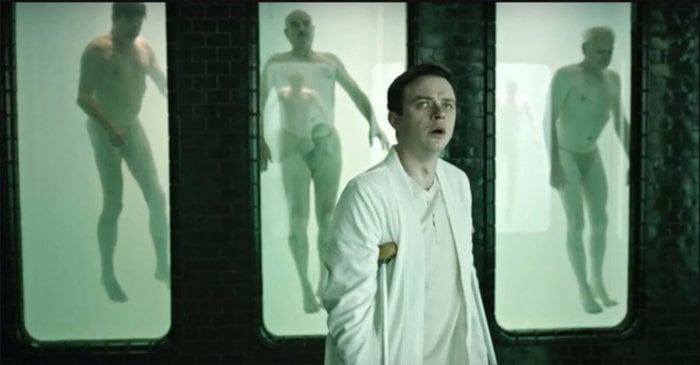 Upon first glance, A Cure for Wellness comes off as harmless enough. Thanks to some gorgeous imagery, it manages to lull audiences into a false security, the feeling that we’ve been entrusted into the hands of caring professionals who know what’s best. At the core of this bitter pill, however, isn’t the cleanse initially advertised, but instead a Trojan Horse of venom, living up to its title by inducing symptoms of sullenness and sour disposition with lasting effect.

‘Berberian Sound Studio’ – the sounds between fantasy and reality

‘The BFG’ Is a Rare Misstep from Steven Spielberg