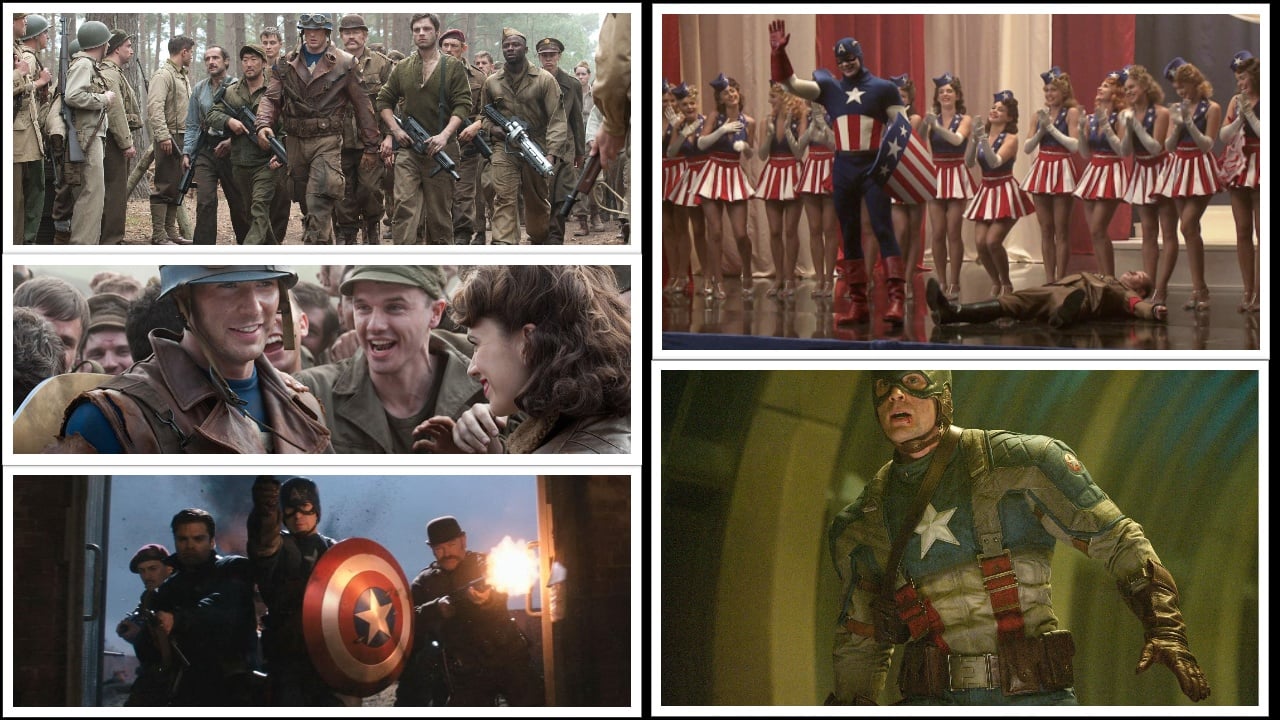 Picture it – It’s 2010. Chris Evans is solely known for playing frat boys, douchebags, and a cocky superhero in a different Marvel project. Keven Feige and the MCU say he’s the guy. He’s Captain America. In 2021, it seems natural, almost cosmically destined, that Chris Evans is Captain America. He’s on the cover of Newsweek for A Starting Point, the app and website that Evans founded with Mark Kassen and Joe Kiani to connect young voters and politicians, and he fights Nazis online.

Captain America isn’t as exciting as Iron Man. He’s not as fantastical as Thor. There is a risk that the character could be boring, unexciting, even flat. In Captain America: The First Avenger, Chris Evans’ portrayal as Steve Rodgers shows a more nuanced version of Captain America than people may be used to. As Cap’s journey in the MCU continued, he showed viewers that there can be depths to this strait-laced character, and still remain true to his foundations of honesty, justice, and all-around goodness.

Captain America: The First Avenger was the final solo superhero movie in Phase 1 of the Infinity Saga. It had to carry a lot of weight and set the stage for Marvel’s The Avengers the following year. It did all that and more as a cross between a superhero origin story and a WWII biopic. The movie could be considered a bit formulaic, but it’s an excellent example of a formula working very well. The Captain America trilogy gets to play around with blueprint in the second and third installments to great effect for possibly the best stand-alone superhero trilogy of the MCU.

When the movie introduces Johann Schmidt/Red Skull (Hugo Weaving), he steals the Tesseract, which contains the Space Stone, and it becomes very obvious, very quickly, that this is the Bad Guy of the movie. He’s a Nazi, he shoots people, steals things, and is a member of Hydra. Back in Brooklyn, Steve Rodgers is trying to join the Army and fight, but his numerous health issues contain whoppers like “nervous trouble of any sort.” What does “nervous trouble of any sort” mean? No matter, because when Dr. Erskine (Stanley Tucci) pumps him up with an insane drug cocktail, he becomes a perfect physical specimen that even Agent Peggy Carter (Hayley Atwell) and young Howard Stark (Dominic Cooper) must touch his chest.

More importantly, Steve Rodgers continues to be the guy who does what’s right. He undergoes a rescue mission without putting others in (much) danger, gathers intel about weapons manufacturing bases, and never puts his life above others. His loving relationship with Bucky (Sebastian Stan) ensures that the audience finds him endearing and grasps his pain when Bucky falls to a (not really) fateful death. The relationship is a central tenant to the audience’s understanding of Steve Rodgers. Sebastian Stan recently reported to Vanity Fair TV critic Joanna Robinson had no idea how large his role would become in later films. After Captain America: The First Avenger, he didn’t find out he was going to be a main part of the story moving forward until the movie title for Captain America: The Winter Soldier was announced.

There are a few odd moments in the movie to be sure – why is Natalie Dormer here for two minutes to randomly make out with Cap? Isn’t she supposed to be a hard-working member of the military in the middle of a war? And the U.S. government thought a super-soldier would be useless in the field and made him a mascot? Seems a bit silly. Also, it seems insane that Steve’s pants still fit him after he grows twice in size!

The fight scenes are done to great effect and because of the period the movie is set in, there aren’t a lot of crazy long flying-through-space scenes like the MCU is now known for. Those scenes can be a feast for the eyes, but it’s charming to see an MCU film with mostly hand-to-hand combat and small-scale (for the MCU) fight scenes. When Steve zip-lines down to a moving train and does his first frisbee-throwing shield tactic to help Bucky, it’s thrilling. When watching the movie now, there is an added layer of fun in spotting the numerous callbacks in Avengers: Infinity War and Avengers: Endgame; when Steve first says, “I can do this all day,” the parting words between Steve and Bucky when Bucky joins the Army, and Peggy and Steve finally getting a chance to dance.

The entire ethos of Steve’s storyline over the Infinity Saga can be summarized by Dr. Erskine asking him to stay a good man, but not a perfect soldier. When he continues to push back against the government that created him in both the second and third Captain America installments, it seems like Steve takes Dr. Erskine’s advice to heart. This clash with the American institution is what makes Captain America feel like a superhero that so many people can get on board with. This first installment in the Captain America trilogy is an enjoyably solid beginning for Cap and viewers alike.

Old is Another Twisty Oddity from M. Night Shyamalan