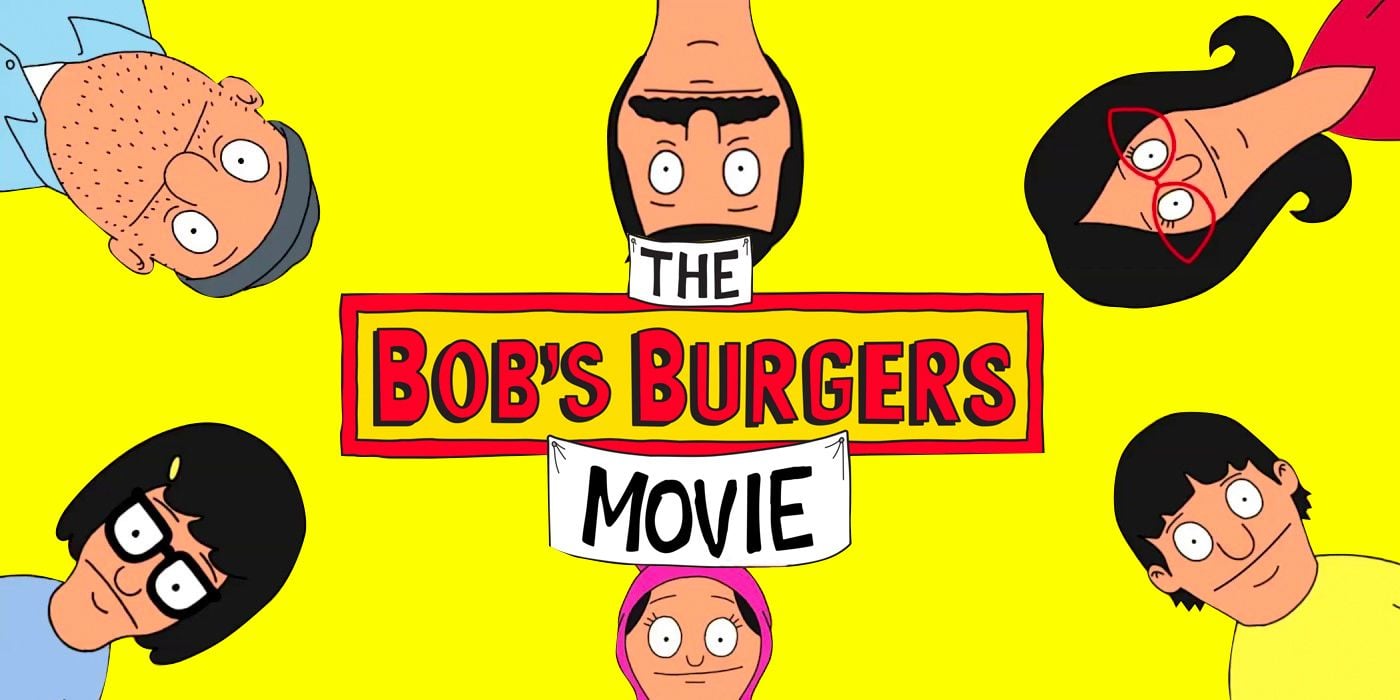 Fans of the Bob’s Burgers tv show can rejoice. After several release date changes due to the pandemic, Bob’s Burgers: The Movie finally hits theatres this week. The project has long been in gestation, with an original pitch by show creator Loren Bouchard to 20th Century Fox back in 2018. Will this 102-minute episode satiate fan hunger for more mischief involving the Belcher family?

Another question that begs to ask under the current day circumstances: does having a movie adaptation of a television series mean what it used to? The animated comedy for adults will soon be entering its 13th season. Furthermore, its admiration stretches far beyond the notable fanbase. Critics have found it equally tasty for years, regularly showering it with praise befitting of a Michelin Star restaurant. The Emmys also recognize its contributions to entertainment, awarding nominations for Outstanding Animated Program numerous times, including two wins.

Nevertheless, there is something charmingly nostalgic about a studio backing the “big movie” version of a popular show. Time to set the dining room table.

Directed by showrunner Bouchard alongside Bernard Derriman, Bob’s Burgers: The Movie opens with murder! The audience doesn’t get a good view of who dies or who pulled the trigger before a flash forward 6 years to the present day. The Belcher fast-food establishment is facing a rough go. Bob and Linda (H. Jon Benjamin and John Roberts) are in desperate need of an extension on their loan from the bank.

Suffice to say, the bank refuses to acquiesce, causing Bob and Linda to panic about how they will pay rent to Calvin Fischoeder (Kevin Kline). An underground water pipe explodes directly in front of the restaurant, revealing the decrepit skeleton of the individual murdered in the opening scene. Because Mr. Fischoeder is the suspected murderer, kids Tina (Dan Mintz), Gene (Eugene Mirman), and Louise (Kristen Schaal) embark on their own investigation to uncover the truth and save the family business. Meanwhile, the parents conjure up ludicrous ways to keep earning money and reimburse the bank.

Bob’s Burgers: The Movie is tasked with what so many other film adaptations of shows must, or ideally, should accomplish. The regular customers will pay for their movie theatre tickets. Of that, there is little doubt. But what of the layperson who has never tasted the franchise’s trademark flavours? Is there anything here for them? After all, this isn’t showfriends; it’s showbusiness.

Thankfully the movie, despite feeling like an extended episode of a tv show, offers a sufficiently large serving of ingredients and table dressing for veterans and newcomers alike. From the opening few minutes, even someone who has never seen a single episode of Bob’s Burgers will have a solid enough idea of who these characters are, what they do for a living, the world they inhabit, and the sort of humour on display.

On the topic of humour, Loren Bouchard and co-screenwriter Norah Smith (who also produces the show these days) have a fine eye for well-balanced, judiciously peppered jokes inspired by the everyday problems that plague both adults and children. Business owners are stressed by bank loans, deadlines, and satisfying customers. Children want to prove that they are braver and smarter than adults often give them credit for. Young love, rivalries, adapting to new challenges or old ones that refuse to go away. Yes, the movie is silly. Things happen that are more than a little wacky. Bouchard and Smith are creative enough to pick from a crop of familiar frustrations to bake relatable jokes that rise to the occasion.

This, in turn, makes the characters quite engaging and worthy of the audience’s empathy, primarily the central family. It is interesting to hear H. Jon Benjamin, arguably more popular for playing the narcissist Archer, voice a genuinely okay person. He’s just stressed out of his mind.

Credit also to the animators, a potpourri of talented folk hailing from many different studios like Tonic DNA, Bento Box, and Lighthouse Studios. The aesthetic borrows a recurring technique these days by which most of the picture is two-dimensional with occasional flourishes that add the third. A composite of hand-drawn and computer-enhanced techniques deserving of a movie theatre experience for which some extra incentive is of the essence.

With its solid foundation of amusing characters and a consistent joke-per-minute ratio, Bob’s Burgers: The Movie really does not have to do that much more. Long-time fans should not expect earth-shattering developments. The story barely holds up anyways. There is a reason why the kids are compelled to prove Fischoeder’s innocence, but it hardly matters and is so loosely explained that the details are easily glossed over. This is a movie about a burger joint, not a three-star Asian fusion. Make the meat patty and buns delicious. The rest can take care of itself.

Fans come for the familiar sizzle and smell. Newbies discover what the fuss is all about without fearing they will be served something too foreign for their taste buds. Both can enjoy the musical numbers (Yes, plural). The movie is befitting of a summer release. It’s easy to consume and enjoy, like a good barbecue grill.