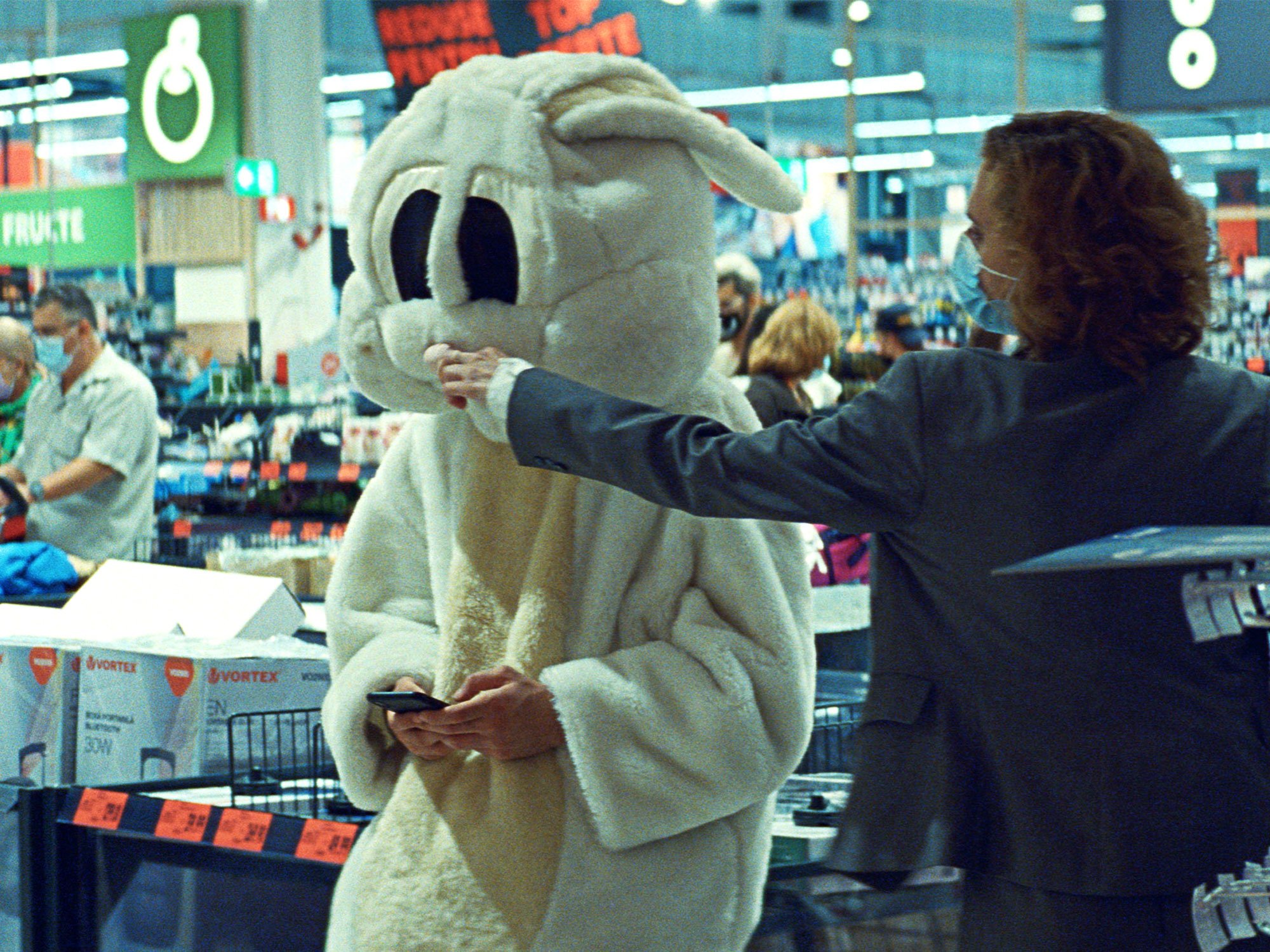 Part One: It’s Just Not The Same

I wasn’t at the Berlinale this year. I watched films presented to me by an organization named The Berlin International Film Festival, but I didn’t actually attend the festival. All the things that make the Berlinale the Berlinale — rushing to and from screenings; getting up at 7.30 in the morning to commute over to Potsdamer Platz; drinking copious amounts of coffee; hurriedly writing reviews while standing up on a free table; being distracted by conversations with the tens of people I know, sort-of-know and pretend-to-know; having roundtables ruined by journalists asking political questions that have no relevance to the movie; going to the occasional party and trying to eventually steer the conversation away from cinema for once; getting home dog-tired and falling asleep straight away; failing to get the right amount of sleep and closing my eyes in the middle of a Forum screening; making friends in queues; staring at my phone in a queue; having banal encounters with celebrities; rushing to hotel rooms for interviews; and eventually feeling a deep sense of satisfaction after a day’s solid work — were simply not there.

Instead, I got up at 10.30 every morning, watched three or so films, diligently wrote them up with minimal stress, went to the shop to buy snacks, and stayed up late decompressing by playing Risk: Global Domination on my phone. There were some mild benefits. I could sleep in. My wife’s food is better than sandwiches from the supermarket. I could even balance bits and pieces of other jobs. I saved money. But the tangible, magical buzz of the film festival simply wasn’t there. I wonder if I will even remember this Berlinale at all. I’ll remember the films of course, but am I going to remember actually being present? I seriously doubt it.

All film critics like to pretend that they can sit in front of a movie and really pay attention, no matter how boring it gets, but I will level with you: my attention span is shot. My phone kept pinging. I put it another room. It pinged louder. I wondered if I was missing something. Then I remembered I had to do something else entirely, constantly finding reasons to break my concentration with a film.

What I take such pleasure in at the Berlinale are the hidden gems, the third or fourth film of the day that one is forced to simply watch and contemplate in a cinema without any undue distractions — here I tried to process these additional slow Forum and Encounters entries and little went in. For better concentration I turned on the projector and turned all the blinds down; this was instantly foiled by white subtitles not appearing on the white wall. Try as I might, this was not the ‘cinematic experience’.

I feel bad complaining considering that the ones who are really suffering are the filmmakers themselves, whose work, which might have been properly chewed over within a stringent setting, gets overlooked in the array of fancy digital options, as well as the festival, making far less money than usual. The pandemic has reduced cinema to a solo, un-cinematic experience, with everyone trying their best in a terrible situation.

The social distancing, an annoying measure necessary to limit the spread of the virus, becomes a clever staging device in the last act, the distance between characters showing off their inability to ever truly connect. A brilliant satire on the double-standards and hypocrisy of contemporary society, especially due to the way it treats women, Loony Porn suggests that Covid is just exacerbating already-existing tensions that are unlikely to run away soon.  Yet it’s this immediacy that makes it an instant classic, and a deserving winner. Fair play for plunging directly into the belly of the beast and emerging victorious with some vital cinema in hand.

Social distancing is also the key theme of Denis Côte’s Social Hygiene, which has its characters standing six feet apart, barely moving as they discuss matters of the heart. Taking cues from the work of Straub–Huillet, a pair of filmmakers I could never get into, this intentionally alienating style also stresses the disconnect between characters. Côte’s recent work has been incredibly low-key, his latest showing no surprise in his ability to spin cinema out of any situation. He could probably make a film in a 4 x 4 metre prison cell. While not as successful as Jude’s film, it shows the ways that crises don’t necessarily mean giving up, rather adapting to the current climate to find new and fresh things to say.

The other watchword of the pandemic has been “video-chat”. I have to admit to being somewhat apprehensive before starting Language Lessons, both because I believed I would feel metaphorically admonished for failing to use the lockdown to learn Russian (wife) or German (residency) and as I was incredibly tired of seeing anyone’s face on Zoom, let alone that of Mark Duplass. What we got, however, was one of the most delightful films of the festival, one that absorbs us so much into the central premise of the movie — the relationship that springs between a gay man suffering from grief and his Spanish teacher — that I nearly forgot that I was watching a film told entirely over video chat. Despite our distances and difficulties, the chance for human connection is still there.

Everyone wants this to be over. Cinema is just not the same. I was actually lucky enough to attend two screenings in the Delphi Lux cinema with mask-wearing and distancing before the festival proper. The first film was Mr Bachmann and His Class, the standout movie of the festival. Running at 217 minutes, it was a sheer miracle the PRs organized a physical screening at all; properly allowing myself to be absorbed into the life of a truly remarkable man and his class. Later I was rudely awakened to the coldness of the real world moments later when between screenings, the police chased me and many others relaxing on a grassy patch in Savingyplatz due to public health concerns.

It was a sunny day, a precursor of the lovely weather to come. But I’m running out of hope for the summer. Germany, tied up in too much garbage in-fighting and fake news to even cover here, is not really vaccinating anyone. I want to go home, go on a few holidays, even attend a film festival or two. Most of all, much more than the in-person Berlinale pledged to go ahead in June, I want to properly enjoy the 2021 Euros, sitting on a white plastic chair with a cold beer, surrounding by shouting men and women cheering on their country.

For a brief two and a half hours, What Do We See When We Look at The Sky? made this dream into a beautiful reality. A Georgian fable set in the gorgeous-looking city of Kutaisi, it centres around an open-air beer bar that plans on making most of its revenue from projecting the World Cup against a blank screen. It immediately brought back watching the World Cup in Berlin two and a half years ago, where one could walk down the street and continuously watch a football game due to the hundreds of screenings dotted outside of off-licenses, bars, and restaurants.

Alexandre Koberidze has a genuine passion for the sport, its international component bringing people (and dogs) together like nothing else in the world. While the final film is trapped in his own aesthetic excessiveness, the generosity of the frames, especially when it comes to the most beautiful sport on earth, gave me a brief glimpse into a simple future — filled with goals, spilled beer, and flat-screen TVs apparating outside the unlikeliest of places. It was there I realized: I would trade all the digitally-beamed films in the world to watch Poland v Slovakia outside of a kebab shop.

The Box is a Warped Morality Tale Dripping with Style

A Cop Movie Playfully Investigates the Fiction of Police Work