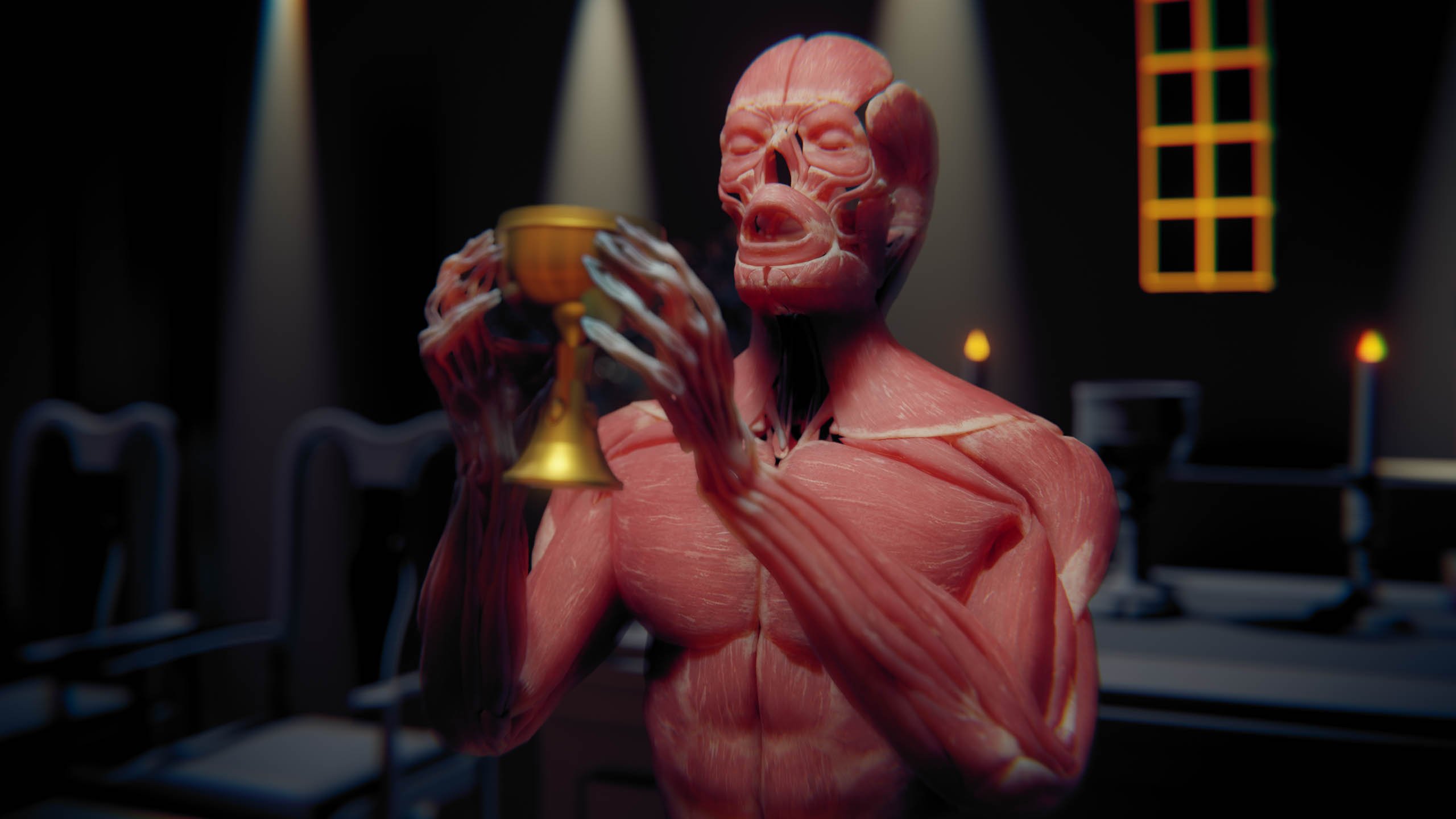 Have you ever wondered if we’re all living in a simulation? That maybe our reality is just being programmed by another reality? In Rodney Ascher’s A Glitch in the Matrix, the director provides another insight into an obsession: one that can have dire consequences on how people live their lives. Much like his previous documentaries, Ascher foregoes showing both sides of the argument regarding simulation theory, instead providing a platform for those who firmly believe we are living in a simulation. Often frustrating and uncomfortable, A Glitch in the Matrix demands reading between the lines to find the source of obsession in a theory so easy to either believe or ignore.

Ascher is working on two different levels here: there’s the subject of simulation theory and those who believe in it. The first is explored in a comprehensive and robust manner, pulling out all the stops to show every facet of the argument that we do not live in the definitive reality we believe we do. Are we just brains in vats? Probably not, but that’s not really the point. The point is that simulation theory isn’t really refutable if you believe in it strongly enough, much in the same way as religion and other belief systems. A Glitch in the Matrix doesn’t dispute simulation theory; instead, it offers a chance for the audience to hear all the evidence supporting it and have their own conversation. Ascher merely gives a platform to those who would usually be ignored.

This is ultimately where A Glitch in the Matrix becomes divisive. In its best moments, it brings academics who can try to argue the merits of simulation theory in an impartial, objective way. Or it’ll take a detour into some of the absolutely insane things that have happened to people, that to them reads as the simulation theory having to exist. It drags in multiple people who have become obsessed with this concept, so much so that their everyday lives are almost governed by the knowledge that nothing is real. These are also the film’s worst moments, but par for the course with an Ascher film. They are people who string together moments in their lives to create a justification that none of it is real. How can someone live through a harrowing car crash caught in the middle of a standoff between the police and the cartel in Mexico? Well, some would explain it as luck, others would explain it as fate, and the people interviewed in A Glitch in the Matrix would call it proof.

In probably its most difficult to watch scene, Ascher spends an exorbitant amount of time focused on Joshua Cooke and The Matrix Defense. Essentially, this is the belief that reality is a computer program and that there are people who commit crimes with an awareness of this fact. Cooke’s obsession with the 1999 film ended up leading him to kill both his parents. It’s recounted in vivid detail to the point that I almost bailed out of the film because it was too disturbing to experience. The detail and refusal to negotiate with the subject matter beyond presenting it is exactly what made watching Ascher’s previous film, The El Duce Tapes, extremely painful to get through.

That being said, there’s a lot to mine from how everything is presented. That refusal to have a two-sided conversation about simulation theory and instead presenting the many examples that it may exist, such as the Mandela Effect and deja vu, only causes the audience to negotiate with the movie’s intent more than the subject matter. A subject would say “It’s not so much a leap” or “It’s not surprising at all”, but the path they got to saying that, doesn’t support the case unless you try to get into their headspace. The constant inability to refute simulation theory as valid ends up being a sticking point for why it must exist, but it’s the same argument that could prove anything. It’s the argument that if you believe in something enough, it has to be true, right?

In many ways, Ascher isn’t interested in simulation theory. He’s interested in what it means to people who do believe it exists. There’s an excellent conversation about what would happen if the world found out that it was all not real. Would people go on mass killing sprees, knowing none of it matters? Is it possible to achieve something on your own, or is it all pre-programmed to happen? The ways in which A Glitch in the Matrix conflates religion, philosophy, and science, aided by a conversation recorded in 1977 with Philip K. Dick, ends up proving one thing: simulation theory doesn’t have to exist, people just need to be able to comprehend life’s many illogical moments.

Utilizing special effects to create computer-generated avatars to replace subjects in interviews is maybe the film’s neatest trick as it cements the fact that the subjects are no longer human, or at least, they choose not to identify as human – they are locked into their avatars and believe firmly that this is a simulation. It’s their crackpot theories which are supported by real-life experiences they had that reminds you that these are people – they’re just conscious of their reality.

Ultimately, it’s easy to dismiss Ascher’s film for a variety of reasons. He’s always focused on showing experiences from the perspectives of people who are not usually given the time of day and refuses to incorporate the other side of the argument. The lack of science in The Nightmare is what makes tales of sleep paralysis shape it into a horror film more so than an effective documentary. Those same techniques are used here, but Ascher has brought in academics to help solidify the arguments for simulation theory, effectively muting the reactions on the other end. Like The El Duce Tapes, he’s also willing to plunge into extremely uncomfortable moments and bring the belief in simulation theory’s repercussions to the forefront.

Personally, I found the film to be tiring to get through because, despite its comprehensive look at why simulation theory might exist, they’re often redundant and flimsy. Perhaps they’re flimsy because they feel like if you can say it, it has to be true. The idea that the number 23 is everywhere is another similar idea. Ascher’s Room 237 explored other theories from people obsessed with Kubrick and The Shining. This is all familiar territory but what makes A Glitch in the Matrix easier to appreciate is its execution. Forcing the audience to just listen to people talk about what they firmly believe contrives an internal conversation. It’s a film that demands patience and a mighty amount of understanding that just because something is being shown to you doesn’t mean it has to reshape your worldview too. Sometimes it’s the conversation that it incites which merits the presentation.

Sundance 2021: Misha and the Wolves Barely Gets Past the Surface of a Gripping Holocaust Deception