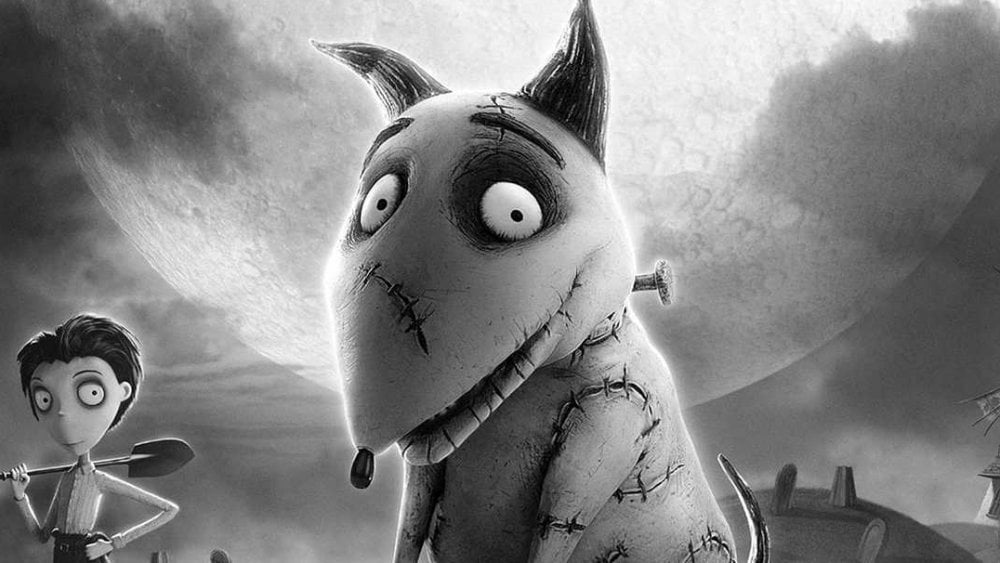 Tim Burton’s original Frankenweenie short (which Disney shelved until Pee-Wee, Beetlejuice, and Batman, you know, all happened right in a row) was shot 38 years ago. After establishing himself as a household name, Burton was officially un-fired from the Frankenweenie project.

Burton’s return to his roots here, including the use of traditional stop-motion animation, is a welcome career choice as the director has been alienating certain reviewers lately with his bizarre mishandling of several established and beloved properties. Frankenweenie abandons the scope and outrageous design of Burton’s recent efforts for a surprisingly small tale of youth and a gushing love letter to Universal monsters. The design is classical Burton and the world is endearing and quaint. The film is not perfect, but it’s difficult to dislike.

Victor Frankenstein (Charlie Tahan) is a quiet child with an affinity for science and no friends save his dog, Sparky. After a tragic car accident, we find Sparky in a pet cemetery and Victor inconsolable. After some spooky inspiration from a new science teacher Mr. Rzykruski (Martin Landau), Victor realizes he can harness the elements to summon his pup from beyond the grave. Sparky returns and quickly piques the interest of the neighborhood children who all hope to recreate Victor’s ungodly experiment.

With its small-town setting, stop-motion aesthetic, sight comedy, and unrestrained darkness, Frankenweenie feels of another era. It’s also extremely, and knowingly, self-indulgent. Kids will enjoy the film, surely, but the ceaseless winks and allusions to Burton’s filmic fetishes are going right over their heads. This is one of Burton’s most personal films–not because it’s specifically revealing or intimate, but because it feels crafted with nostalgia.

Between the resurrection of Sparky and the film’s loony, charming, conclusion, the plot feels slight. That this was remade from a short is unsurprising–but better some open space than the clutter that Burton can fall prey to. Frankenweenie doesn’t try to reinvent the family film, and that might be its greatest quality. You’ve seen all the parts of this film before, but the final product is a more than worthy matinee.

Frankenweenie is a Love Letter to Classic Monster Movies