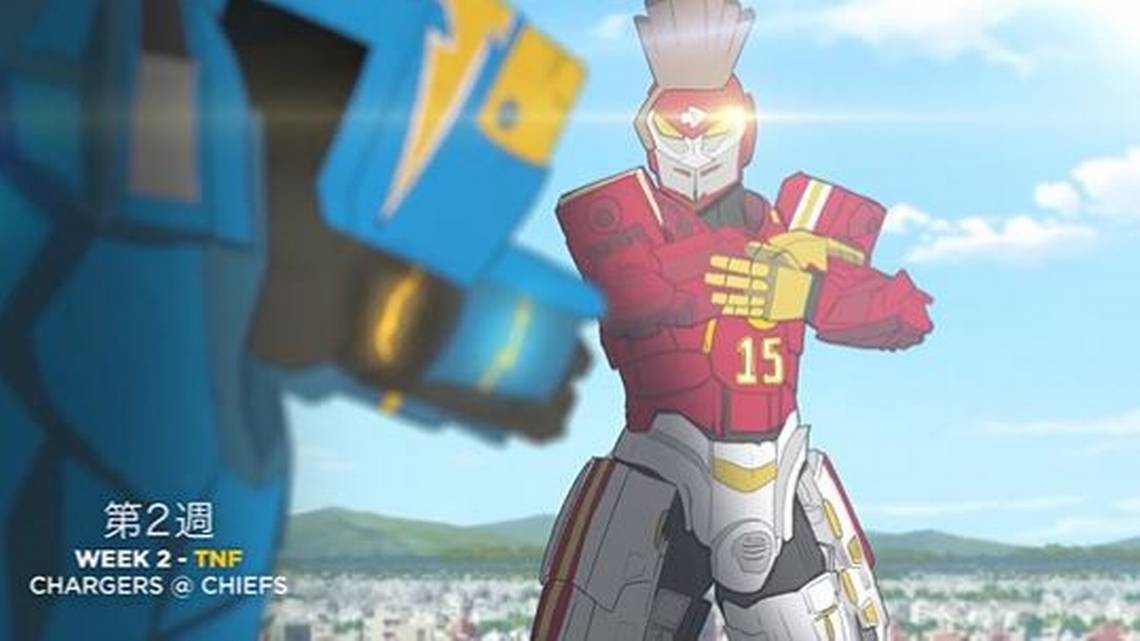 The Los Angeles Chargers have just announced their season schedule in the most fantastic way possible: with a Chargers anime promo! The incredible video reimagines football in the most absurd manner possible, with teams battling each other in all kinds of ridiculous new ways and the players showing up in ways that are hilariously reflective of their team names.

The promo was released on Twitter with the message: “Should we REALLY make our schedule release video an anime?” What followed was the word “no” spelled in tiny versions of the word “yes”.

With catchy, upbeat anime-style intro music and references to several popular anime series, any fan of Japanese animation will get a kick out of this brief but effective series of Chargers anime sequences. The 49ers burst onto the scene like Naruto, and even the Raiders are re-imagined as pirates in the style of One Piece. There are BEASTARS and Avatar: The Last Airbender shout-outs as well.

The highlight comes from the Titans, though, who appear as the titular monsters from Attack on Titan. But hey, the real magic is that the nerds and the jocks can finally bond over something they both enjoy! Honestly, props to the Los Angeles Chargers’ social media and publicity team for coming up with something so genius. You can watch the full video here and may it be the first of many!

Should we REALLY make our schedule release video an anime?

Firestarter is Enjoyable, but a Bit Undercooked