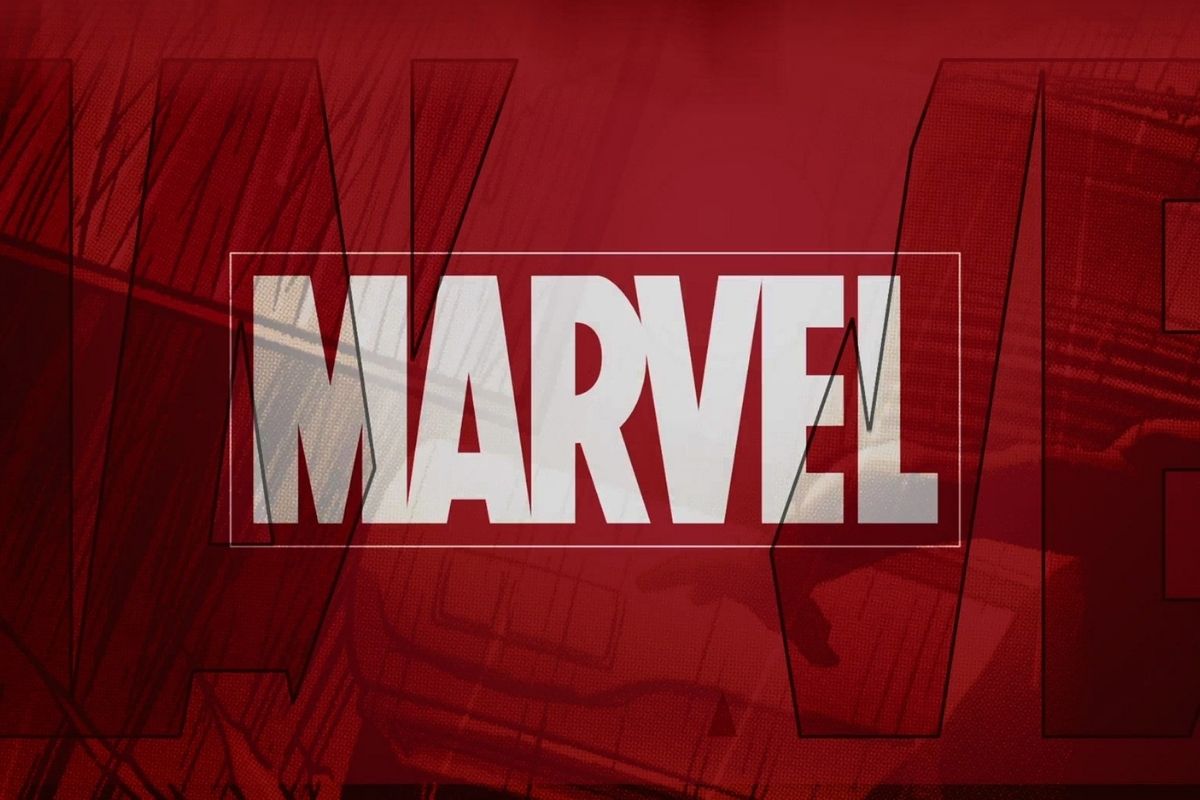 All images via Marvel Studios and Disney

Your Full List Of All Upcoming Marvel Studios Projects

An absolute ton of news came out of the Marvel Studios panel at this year’s San Diego Comic-Con, so we decided to compile all the confirmed release dates into one handy list below so that you will not have any trouble keeping track of all the new projects being released over the coming years. The list runs from 2022 all the way to 2025, so needless to say, fans will certainly not be running out of Marvel adaptations to enjoy anytime in the near future. But keep in mind that several confirmed Marvel Studios projects, such as Deadpool 3 and the fourth Spider-Man movie, have not been included on this list as they have not yet been given a specific release date or even a definite year of release.

We were treated to a delightful new trailer at SDCC for the animated show I Am Groot, which debutes on Disney+ next month. Vin Diesel and Bradley Cooper will return to respectively voice Groot and Rocket in the series, and it looks like this will be ideal viewing for both younger and older Marvel fans.

Bruce Banner’s cousin finally gets the spotlight in the new nine-episode series She-Hulk: Attorney at Law, which starts streaming on August 17, 2022. The show stars Tatiana Maslany as the titular green-skinned and incredibly strong female lawyer, with Mark Ruffalo also returning as Bruce Banner from the movies. Tim Roth will similarly return as Emil Blonsky/Abomination, a role he previously played in 2008’s The Incredible Hulk and last year’s Shang-Chi and the Legend of the Ten Rings, and Charlie Cox will be reprising his role as Matthew Murdock/Daredevil from the acclaimed Netflix show. Interestingly, the trailer shown at SDCC revealed that Benedict Wong will also make an appearance as Wong, the current Sorcerer Supreme of the MCU, which means that magic will also prominently be featured throughout the series.

A new poster for She-Hulk: Attorney at Law was also revealed at SDCC, which shows Jennifer Walters seemingly trying to ignore an image of her green alter ego on a bench.

The anticipated sequel to Black Panther will open on November 11, 2022, although it is not yet clear which character will take up the mantle of Black Panther following the tragic death of Chadwick Boseman in 2020. Either way, we do know that fan-favourite character Shuri will play a larger role in the sequel and that the film will also finally introduce Namor the Sub-Mariner and other members of the Atlantean race into the MCU, with Namor being portrayed by Tenoch Huerta. Ryan Coogler returns to direct, and Black Panther: Wakanda Forever opens in cinemas on November 11, 2022.

A trailer for the second season of What If…? debuted at SDCC with some of the new Multiverse scenarios including Iron Man travelling to the trash planet of Sakaar, Wenwu from Shang-Chi and the Legend of the Ten Rings facing off against Odin, and an episode based on Neil Gaiman’s acclaimed Marvel 1602 comic miniseries. The actors from the MCU movies will once again return to voice their alternate reality counterparts, and the season will arrive early next year.

We then have Secret Invasion, which debuts on Disney+ next summer, although a specific release date was not given. Either way, star Cobie Smulders promised it will be one of Marvel’s darkest shows to date, and we can’t wait to see Samuel L. Jackson’s Nick Fury battling Skrulls when the series premieres next year.

Fans can also look forward to Ant-Man and the Wasp: Quantumania, which opens in wide release on February 17, 2023. Peyton Reed returns to direct this third installment in the Ant-Man trilogy, which finds Scott Lang battling the villainous Kang the Conqueror. A new poster for the film was shown at SDCC, along with a trailer confirming MODOK’s long-awaited MCU debut.

The next Marvel Studios release will be the highly-anticipated Guardians of the Galaxy Vol. 3, which arrives in cinemas on May 5, 2023. A new trailer for the film was shown at SDCC, and while it has not yet been released online, we know the plot will largely focus on the origins of Rocket, the popular racoon pilot voiced by Bradley Cooper. Chukwudi Iwuji will also appear as the villain known as the High Evolutionary, so fans will have a great deal to look forward to when James Gunn’s third epic space adventure arrives on the big screen.

The second season of Loki was also confirmed for a summer 2023 release, but once again, we were not provided with a specific date. The first season ended with Loki finding himself in a precarious situation, as his meeting with Kong the Conqueror appeared to have either somehow altered his own reality or transported him into a new reality within the Multiverse. So we’ll just have to wait until next year to see how the Asgardian God of Mischief finds his way out of this dilemma.

Alaqua Cox will reprise her role as Maya Lopez/Echo from last year’s Hawkeye, in the character’s eponymous TV show, which will be released next summer. It has also been confirmed that Vincent D’Onofrio will return as Wilson Fisk in the series, who we learned was Echo’s adoptive father in the final episode of Hawkeye, while Charlie Cox will also show up as Matthew Murdock/Daredevil. Other details are largely scarce at this point, but with Alaqua Cox being perfectly cast as Echo in Hawkeye, and with there clearly not being enough representation of deaf characters in film and television, we look forward to seeing her return to the role of Maya Lopez in the near future.

After that, we have The Marvels opening on July 28, 2023, which sees Brie Larson returning as Carol Danvers/Captain Marvel, with Iman Vellani also reprising her role as Kamala Khan from this year’s Ms. Marvel TV show alongside Teyonah Parris making her debut as Monica Rambeau. We don’t currently know much about this one aside from the cast, but the idea of seeing three versions of Miss Marvel teaming up on screen is enough to get us hooked. Samuel L. Jackson has also been confirmed to return as Nick Fury, so it sounds like The Marvels really will be a film which fans cannot afford to miss.

Ironheart will also begin streaming on Disney+ in late 2023. The series will star Dominique Thorne as inventor Riri Williams, who builds her own variation of Iron Man’s suit. It will also star Alden Ehrenreich, Harper Anthony, Manny Montana, and Anthony Ramos, With filming now underway in Chicago, we should be hearing more details soon.

We were also finally given a release date for Blade at SDCC, which we now know will open on November 3, 2023. It’s been almost three years since double Oscar-winner Mahershala Ali was cast as the Daywalker in the MCU, so we can’t wait to hear more details about this long-awaited project when it begins filming in October.

The last MCU release of 2023 will be Agatha: Coven of Chaos, which sees Kathryn Hahn reprising her role as the evil Agatha Harkness from WandaVision. Not much else is known about this show at this point, so we’ll just have to wait for further information as the release date approaches.

Moving into 2024, Charlie Cox and Vincent D’Onofrio will once again be reprising their respective roles as Matthew Murdock and Wilson Fisk in Daredevil: Born Again, which will begin streaming on Disney+ towards the start of the year. The first season will run for eighteen episodes, making it Marvel Studios’ longest single season to date, and we are truly thankful for the opportunity to see Cox and D’Onofrio again returning to the roles they played to perfection in the original Daredevil show on Netflix.

Anthony Mackie will headline the fourth MCU Captain America movie as Sam Wilson, although plot details are being kept under wraps for now. Although we do know that Julius Onah, who is known for Luce and The Cloverfield Paradox, has been hired to direct, with a release date set for May 3, 2024. So we have under two years until Captain America: New World Order arrives on the big screen, and we could not be more hyped.

The final Phase Five film will be Thunderbolts, which will focus on the titular team of reformed supervillains who carry out dangerous missions at the behest of the US government (and no, we don’t want to hear any comparisons to Suicide Squad). Aside from the July 22, 2024 release date, no other details were given, so for now we can only speculate as to which villains from the MCU’s vast pantheon will appear on the team.

One of the most notable announcements to come out of SDCC was the news that Marvel Studios’ upcoming Fantastic Four movie will finally be released on November 8, 2024. Marvel’s parent company, Disney, finally obtained the film rights to the Fantastic Four following their $71 billion acquisition of 20th Century Fox (later renamed 20th Century Studios), which led to John Krasinski’s memorable appearance as Reed Richards/Mister Fantastic in Doctor Strange in the Multiverse of Madness.

And while there has yet to be a single decent film focusing on the Fantastic Four (just thinking about the 2015 abomination makes us shudder), we are confident that Kevin Feige and Marvel Studios will finally give Marvel’s First Family the cinematic outing they deserve. We will know for sure when the film opens in 2024, and we look forward to hearing confirmation of a director and casting announcements over the coming months.

It was also confirmed that the upcoming Marvel Zombies animated show will debut in 2024 with a TV-MA rating, which means it could dethrone Hit-Monkey as Marvel’s goriest cartoon to date. Some of the non-zombie characters featured in the show will include Shang-Chi, Red Guardian, Death Dealer, Kate Bishop, and Yelena Belova, and we expect to see many others appearing as living dead monstrosities. We don’t know much else about the show at this point, but we sincerely hope to see a zombified Hulk battling other living dead incarnations of famous Marvel heroes and villains.

Spider-Man: Freshman Year will focus on Peter Parker’s early days as a costumed vigilante before he joined the Avengers. It was also confirmed that Charlie Cox will voice Matthew Murdock/Daredevil in the animated series, although we do not yet know who will be voicing Peter Parker. Either way, Freshman Year will arrive in 2024, with a second season titled Sophomore Year also being in development.

Although Thunderbolts will mark the end of Phase 5, we know that the next Avengers film will officially be titled Avengers: The Kang Dynasty, and that it will open in wide release on May 2, 2025. It will be followed by Avengers: Secret Wars on November 7, 2025. Naturally, our excitement level for these two films is through the roof, so we honestly don’t know how we are going to wait for so long until they arrive. Either way, with so many other Marvel projects being released in the meantime, we will at least have plenty of other entertainment options from the House of Ideas to keep us occupied.