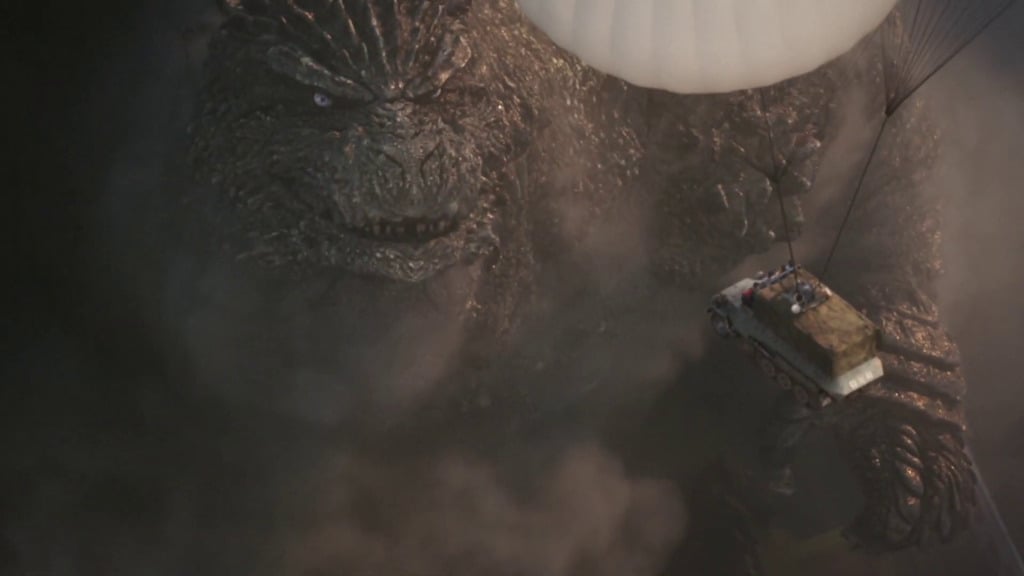 Videos from the recently opened theme park ride- Godzilla the Ride: Giant Monsters Ultimate Battle located in Seibuen Amusement Park in Tokorozawa, Saitama in Japan– has given us a glimpse of the thrilling yet genuinely terrifying ride experience that focuses on a huge, city destroying battle between Godzilla and King Ghidorah.

The videos that have leaked of the ride experience have been pretty intense, and when I say intense I mean I honestly think I would throw up if I were to go on this ride. The guests at the theme park take on the role of citizens trying to escape a battle between infamous Kaiju’s Godzilla and King Ghidorah. The visitors find themselves in several exhilarating yet petrifying situations, such as driving down Godzilla’s tail, narrowly avoiding explosions, flying cars and falling buildings and trying to escape from a rapidly pursing Ghidorah. The immersive film for the ride is five minutes long and was directed by Takashi Yamazaki, two time Japanese Academy Award winner for his directing skills. The professionalism in the film is very clear from the video as it strikes fear and excitement into the heart with its intense realism. I think it is fantastic that such great lengths have been taken to make this a genuinely extreme and memorable experience, sparing no expense on the quality and having respect for the theme park ride as an entertainment form. Yamazaki worked in corroboration with Shoichiro Tsuno and Sword Creative Team who are known for their engineering work in theme parks. I must say, I really like the designs of the Kaiju’s themselves, taking on a bit of a crossover look between the Legendary Pictures Monsterverse designs and the original Toho designs. The music is astonishingly good too, reflecting the classic Godzilla music from the original films.

Make sure that you check out the video below and if you happen to be in Saitama at any point, I would certainly head over to Seibeun Amusement Park and try out this insane ride.

Smooth Like Butter: A Look at Some of the Best Content From Fans Inspired by BTS’s New Single Butter